The Regent of the Tremere Chantry in Constantinople; this powerful ancilla is quick to offer the services of his people, but what is their true agenda?

This man is in his middle-age, but radiates the energy and elan of a man many years his junior. He has a dusting of grey hair mixed with his brown, and his eyes almost glow with intensity. His robes are of very fine quality and he openly wears the occult paraphernalia of a magus.

A relatively recent addition to Constantinople, Abetorius and his small cadre of apprentices and assistants have made a place for themselves by dint of a decidedly mercenary bent. He ostensibly travelled to the city to open relations between the Tremere and the Cainites of the Trinity Families, but before the Great Sack he was just as commonly found frequenting the Latin Quarter as the Greek districts. Not a few of the wealthier Cainites of the city treated with him or his primary apprentice, Calleo Abetorius Minor, as the Tremere openly offered their services to the highest bidder. In 1196, Quaesitori Petronius and Anna Comnena (with Lord Symeon dissenting) cleared the Warlocks to found one of their chantries in the city. Within months, they firmly established themselves in the district of Exokoinion.

Abetorius is apparently very well-travelled, as gossip has it that he has toured the cities of the east extensively in recent decades. It is thought that he may be a Salubri-hunter in addition to his other duties, or that he is setting up a wide network of chantries. In any case, the Regent and his subordinates have been very fashionable in both Latin and Greek salons.

Several of the coterie spotted both Abetorius Maior and Minor at the Saut Aswad when the Tremere arrived in Constantinople. Introductions were not made, but it was clear that they were Tremere. In honour of their association with Veceslav Basarab, no one approached the Usurpers.

The Tremere Chantry survived the Great Sack with little damage, and Abetorius Maior and his followers swiftly adapted to the new Latin order. Indeed, their model of operations has not changed at all, and their influence has only grown. Nearly all of the current factions welcome their association, and favours are granted liberally for their services. The Tremere chantry has swollen with new arrivals, all of whom fall into step behind their powerful regent.

It is known that through his proxies, Abetorius has begun dabbling with certain Italian trading houses, although he conspicuously operates overtly, and without reliance on the merchants of one city state over another. Genoese, Venetian, Amalfitan, and Pisan; all are courted with equal grace. Some speculate that many new chantries will be established soon, wherever the reach of the Italians might land.

Lineage: Childe of Meerlinda (diab.); Nominal Childe of Tremere (diab.). Like many of his peers, Abetorius bears the marks of diablerie in his aura, and while it is unknown what his original generation might have been, he claims to be as strong as the 5th generation. 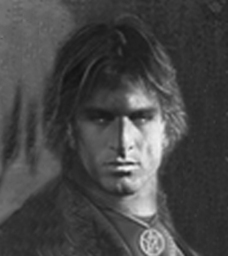