As Seneschal of Hermannstadt, this neonate is responsible for greeting visitors to the city in place of his elusive prince, Marusca. Indeed, the seneschal runs the city in nearly every respect but the title.

A horridly ugly, wizened, old monster with gentle grey eyes that glare out of dark, sunken pits. His fangs are side-by-side, and protrude noticeably from his mouth and his ears are long and pointed. He wears the garb of a well-to-do merchant, and appears to be unarmed.

Like all of the Nosferatu of the city and domain of Hermannstadt, Adelard serves Marusca. Unlike many of her descendants, however, he appears to cleave to the via humanitatis rather than the via bestiae, and it is perhaps this ability to interact more naturally with the kine of the city that has brought him into the position of seneschal. Adelard’s duties appear to encompass not only the management of Cainite affairs, but also the growth and stability of the town’s mortal populace. He proudly serves, and often chooses to show his true monstrous visage to Cainite visitors to Hermannstadt in order to make certain that they understand that it is the Nosferatu, and only the Nosferatu, that rule the city.

Upon their arrival in Hermannstadt in AD 1197, Adelard greeted the coterie according to the mandate of his station, and directed them to lodge and feed at the Sign of the Golden Sheaf, an inn and brothel that was controlled by his agents. He was soon most unimpressed with their over-feeding at the Golden Sheaf, and complained bitterly to his mistress regarding their poor behaviour. While he accepted their profuse apologies, Marusca made sure to move the coterie on shortly thereafter.

Almost two decades later, Adelard would once again serve as first point of contact when Sister Maude Khlesl and Svenin the Tall sought to create an alliance between the Concord and the Brood. The Nosferatu of Hermannstadt had long since lost their advantage against Marelle, the Sculptor of Wolves, and her Hell Hounds. The Brood’s sphere of control had shrunk to the city walls, while the Tzimisce and her minions ranged freely beyond, and the confidence that Gustavus had shown the Concord of yesteryear was also vanished.

Adelard liaised between the two coteries ably over the coming weeks. Sister Maude Khlesl would learn that Adelard was the first mayor of Hermannstadt, and that over the years he had firmly entrenched himself within guild and council politics, such as they remained on account of Marelle’s attritious war on the margraviate’s economy. Adelard obviously cares deeply for the good burgers of Hermannstadt and, alone of the Brood, he appears to agonise over the manner in which his fellows cull the population. His sire Nicu has little patience for such sentiment, but the seneschal stubbornly cleaves to his humane ethics, even if it should earn the displeasure of his maker. He even seems to see the people of the city as his children in many respects, and certainly his responsibility in every respect. Indeed, If Marusca could be said to be their mother, then Adelard is most assuredly their father.

During the Battle of the Black Cave, Adelard was among the last of the Brood to take part in the reckless charge against the Hell Hounds. He ran alongside his gentle friend, the corpulent mason known as Rolf, while his progeny, David, brought up the rear. Unfortunately for the trio, they were pitted against Fruszina, and all three of the Nosferatu came to grief against the ghouled hell hounds that screened the wild Gangrel warrior from her enemies. Swamped by the ghouls, Adelard was powerless to help Rolf as Fruszina hamstrung the giant Leper and ripped his throat out. Enraged, the seneschal of Hermannstadt drove past the hell hounds and struck at the murderess, but sustained a telling blow of his own for his trouble. He allowed the hell hounds to drag him away once more, as Fruszina charged on to a fateful match against the powerful knez of Tihuta, Veceslav Basarab, and met her end.

For the rest of the fight, Adelard and David wisely spent their energies on the destruction of the hell hounds, leaving the enemy Cainites to more experienced combatants. He would join his brother and sisters of the Brood in a victorious howl when victory was had, but was among the first to urge flight when the closing werewolves answered it with a howl of challenge of their own.

In the wake of the battle, Adelard once more took to liaising with the Concord, assuring them of the gratitude of Prince Marusca and her Brood. With the threat of Hell Hounds vanquished, the seneschal was eager to set about putting Hermannstadt to rights, and with the approval of his mistress, he saw the Concord as having a role in his plans. The Toreador, Maria, who had only recently entered an affiliation with the Concord, was offered a place in the city and Brother Adalbert’s overtures of alliance on behalf of Jürgen von Verden were gratefully accepted. The others were invited to establish “visiting domains” in order to work more closely with the Brood, but Adelard was careful to say that only Maria was free to reside in the city, as Hermannstadt was already overpopulated with vampires.

Lineage: Childe of Nicu, Childe of Marusca, Childe of Zelios, Childe of Hannibal; of the line of the Hag, also known as Baba Yaga. The Concord know Zelios to be of the 7th generation, which would make Adelard of the 10th. 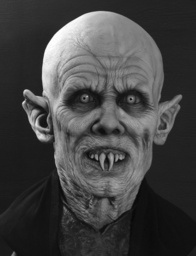