A secretive judge and advisor to the mortal powers of the Jewish community of Jerusalem, this formidable ancilla also serves as touchstone for the legacy of the ancient known as Abraham.

A tall, deathly pale and powerfully built male, clad in voluminous Arabian robes of fine silk. He bears a faint scar above his left eye, which often serves to draw the gaze of others. His dark, almost obsidian eyes are profoundly unsettling – bearing sentience, yet also an unearthly calm, as if the very abyss was staring back out at those who meet his gaze. Given the shape of his robes, it is difficult to tell whether he is armed, but the tell-tale creak of leather can be heard as he moves.

(originally a player character of Yehuda).

Aharon was born in the year AD 900 to the Jerusalem branch of the ben-David merchant family – who were caught up in the diaspora but who turned their connections into a federated merchant network with contacts across the Mediterranean and far-flung, distant family members particularly in Iberia and north Africa west of Egypt. The ben-David fortune arose from the Christian and Muslim prohibition on money-lending and soon branched out into Jewels as well in an attempt to diversify and expand their profits. Regardless of their exile, the ben-David family was nevertheless an important bloodline, boasting a direct descent from King David himself through Aharon’s mother, and a direct descent from Aharon ha-Cohen on his father’s side. At an early age, he developed an interest in sciences and philosophy.

He read those Greek philosophers accessible in Arabic translations, and was deeply immersed in the sciences and learning of Islamic culture. Though the Gaonic tradition, especially in its North African version, formed the basis of his legal thought, although Muslim law, including Almohad legal thought, also had a substantial influence on him. Sadly though this was not to be, as his family trained him in the arts martial in the expectation that he would take charge of the security branch of the family business. As the years drew by Aharon was trained by both Saracen and European warriors, giving him a curious blend of martial fighting forms with a small smattering of unarmed combat as well. As Aharon grew older he caught the attention of Adam, a leading Rabbi of the community who was one of his fathers friends, who approached him and offered him a job as his bodyguard and manservant. Looking to acquire wealth as well as cement his position in the Jewish circles of Jerusalem he offered Aharon the hand of his “daughter” (in actuality a descendant of his) in marriage. Tiring of his old job and looking for some adventure Aharon accepted the position and for the next five years served as Adam’s personal bodyguard.

During the time of his service and betrothal Aharon was privy to many new customs and religious practices that he hadn’t known in his time with his secular family, and soon his love for Judaism blossomed. Aharon didn’t know that every week during the traditional kiddush he actually drank a mixture of Adam’s blood as well as red wine and so became a ghoul in the service of the old vampire. In the year 930 a now mature and and older Aharon became privy to the true secrets behind his masters condition and became his agent in truth, serving his domitor throughout the day as his protector and guardian of his sleeping body and during the night as his bodyguard and agent to the outside powers.

Everything seemed to be going just fine, with Aharon managing and liaising with the Cainites and mortals alike for his master – while he was studying with Abraham – as well as keeping an eye on the ben-David family fortunes as the time flew by, until the year of 1095 – the First Crusade. Commanded by Adam to go and find information on the Christian forces that were arrayed against the forces of the local potentates and princes of the Levant, Aharon slipped on armour specially forged in the manner of the crusaders’ armor and weapons and infiltrated them. Joining the Crusader army based outside of Antioch he participated in the battle and thanks to his unnatural strength and prowess he swiftly won for himself honours and renown among the Crusaders although he was wounded terribly above his left eye, leaving a large and prominent scar. Thanks to a fortunate rescue of a foolhardy and overly zealous bishop – Etienne d’Orléans, a close supporter of Bishop Adhemar of Le Puy – during the Battle of Antioch, Aharon was appointed captain of the bishop’s retinue and assumed command of his warrior’s in thanks for his rescue.

When news of the crusader victory at Antioch reached Jerusalem, most of the city weren’t terribly concerned. The walls and the garrison were strong, after all, and these armed pilgrims had been winnowed from 60 000 to less than 20 000, mostly through their own attrition via idiocy as the martial puissance of the Turks. Surely they didn’t truly represent a threat! But those with military experience were worried. Antioch had strong walls and a strong garrison too, and it was more battle-tested than that of Jerusalem. And after taking the city, these madmen charged a larger Muslim army outside the walls and apparently the souls of their dead comrades rose up and went with them into battle. That army was routed too!

After securing Antioch the leftovers of the Crusader army marched towards Jerusalem and then proceeded to mount a siege against the walled city. Well before the army arrived at the gates of the Holy City Aharon sent word to Adam and Abraham about the intentions of the army, as well as moving as much of the ben-David family wealth and members outside the city and to a safe haven in the city of Hebron, the ancient burial site of the Jewish forefather.

On the morning of July 15th, 1099 the fortifications were breached on the northern side and the Christian forces burst through the walls and then enacted what would be later chronicled as one of the bloodiest massacres in the history of humankind. Protesting the usage of force on this most holy of cities, Aharon in the guise of a knightly leader refused to enter the city with bared swords and so stayed outside the city with his company. Entering the city after the week of bloodshed that followed and appalled at the devastation as well as at the piles of dismembered corpses and body parts Aharon flew into a rage and in a dark mirror of the madness that happened earlier he went after those who in his eyes were responsible for these outrages. Escaping from the angry mob through the unholy prowess afforded to him, he then made his way to Bethlehem where he then shed his crusader disguise and hid his weapons and armor and donned the traditional clothing of the Jewish inhabitants. He joined Adam and Abraham as they waited for things to calm down in Jerusalem.

Turning away from the physical realm and searching for a way to atone for his sins during the week of madness Aharon delved deep into Jewish lore and studied day and night in an attempt to find an answer for this crisis of faith. Learning the basics of Judaism – Tanach, Mishnah, and Gemara – from Adam and Abraham he soon progressed to learning Kabbalah and the occult, as well as studying the Mortis Path of the Grave’s Decay and developing Auspex from his master. In recognition of his ability and excellent service, with the (not so subtle) prodding of the Brujah monk Boniface who wanted a more active ally in his schemes to protect his interests, on July 15th of the year 1150 – 51 years after the week of madness – Aharon was Embraced and became a Cainite serving under Adam, with the occasional guidance of Abraham as well. As Aharon spent his night of darkness and silence locked in a specially prepared crypt underneath the Temple Mount, he meditated on life and death and his role in it as a vampire – especially now that he must constantly break the God given command to not imbibe blood.

Becoming a learned sage as well as a respected (if somewhat weird and reclusive) rabbi in the Jewish community, Aharon spent the next year in an attempt to reconcile his newfound state of existence and his swiftly growing religious beliefs, even managing to study briefly under the great Maimonides, while the renowned and acclaimed sage resided in Jerusalem. Finally he managed to find an acceptable solution in the application of the Shechita – the laws of ritually butchering animals – and using that blood as a source of nourishment. Turning his attention to the mortal world and its dramas Aharon soon managed to secure a position in the Beit Din of Jerusalem under the great Gaon Rabbi Hai ben Rabbi David, and swiftly rose to the position of head Dayan of the City after a successful and distinguished career.

Once it became clear that his lack of aging was becoming a problem, he took a sabbatical from the city throughout the 1180s and much of the 1190s. Aharon used this time to meet with other scholars of the clan and also to strengthen the ben-David contacts and resources in other cities of the Levant — notably the port cities of Alexandria, Jaffa, and Tunis. At the request of his sire, he returned to Jerusalem in 1198, and there he discovered Adam deeply involved in the schemes of the Christian elder Boniface against the equally powerful Ashirra known as Azif. Seeing few inroads being made against Azif’s sect-mates and finding the notion of establishing his own ties to the militant factions of Cainite Christians quite distasteful, Aharon quickly began to ingratiate himself with other prominent Ashirra. He also reintroduced himself selectively among the mortal Jews of the city, promoting himself as the son and heir to his former persona.

As part of his duties, he also liaised with the city’s other religions and soon forged a great friendship with a the leader of Jerusalem’s Muslims, the Wali Jibril abu Salih. In his quest to improve the Jewish community ties to their overlords and promote peace and quiet in the region following the Christian violence and warmongering, a more convenient tie to the Qabilat al-Khayal Mahmud ibn Suleiman was forged. Aharon has fed his hatred of the Christians after their bloody massacre and rampage, becoming an outspoken proponent for the Jews and Judaism in the Holy Land. This has earned the disapproval and ostracism of the Christian community for his blunt opposition to their own efforts at promoting their place. He is known to seek alliances with anyone who opposes them or could aid him, paying special attention to the extensive Nosferatu community outside the city and the elder Ephraim in particular. The two are thought to have entered a regular information sharing arrangement, at the very least, and Aharon’s energetic politicking and overt attempts to network have marked him as an ambitious and unsubtle player in the Cainite community of Jerusalem

Embrace: AD 1150. Aharon was also a ghoul for many, many years before his Becoming. 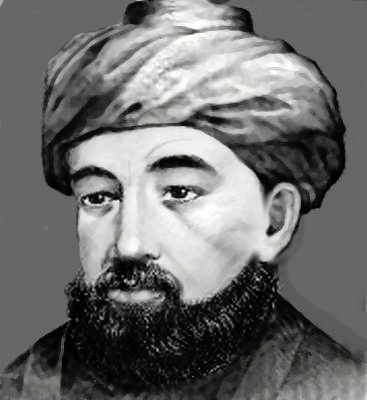