This neonate of the Clan of Shadows is a merchant and money-lender active in the Amalfitan Quarter. She works to usurp the position of her rival, Alfredo d'Atrano.

A plain looking, severe Italian woman of middle years, plump of figure and dark of hair and eye. While she affects a modest air, she does not bother to hide the hard, calculating look in her downcast eyes. She wears the fine silks of a successful merchant’s wife, and drips with pearls and gold jewellery.

Active in the Amalfitan Quarter since AD 1189, Alessa initially earned her place in the entourage of Sergius, the late sire of the current master, Alfredo d’Atrano. Her brusque and business-like approach earned her few friends, but few could argue with her extremely efficient practices, and she was a favourite of the Brujah master. She was often paired with Alfredo, and the two worked well together. However, when Sergius was murdered in AD 1198, Alessa broke with her erstwhile ally and immediately set about creating her own power-base. She is now one of the primary players in the cut-throat mercantile environment of the Latin Quarter.

Alessa masquerades as the wife of a successful money-lender. By means of defaulted loans and smart deals, she gained shares in many ships and a number of taverns, as well outright ownership of a tavern, an inn, several warehouses and a large villa. Although every one of these properties was sacked and damaged in 1204, she has managed to restore them in large part over the following years. Doing so has left her cash poor for the moment, but she has worked with a will to returning to her former strength, and she is confident that it will bear fruit in the years to come.

She eschews the more occult or religious leanings of her clan in favour of using Dominate (with which she is quite skilled) and business acumen to sink her hooks into the mortals of the quarter. On the Cainite political scene, she has drawn a coterie of allies about herself, with an eye towards cornering strategic commercial and craft ventures in the Amalfitan quarter. Like herself, most of her allies are of weak generations or hail from common lineages, but all are driven and skilled Cainites. They include: Jean de Marseille, a Ravnos Sybarite pimp and smuggler, Ambrose of Portsmouth, an English Gangrel trader with many Mediterranean connections and shares in many ships, and Cosima of Chimaira, a Toreador trader in arts, crafts and (often stolen) antiquities and religious relics. Her coterie is always looking to expand, and Cainites willing to open new avenues are always welcome.

Politically and commercially, she has made many overtures to Prince Alfonzo, offering her expertise in return for his support of her ambition for taking over leadership of the Amalfitan Quarter. Despite her drive and her many talents, the canny dealer understands that with her weak generation, she will never be accepted as prince of another territory, or even master her own quarter in her own right. However, she feels that being a semi-autonomous servant would be the next best thing. She knows that Alfredo’s title rests solely on the favour of the prince, so she seeks to show that she can be a more profitable servant than he.

Having rebuilt some of her strength by the start of 1211, Alessa made her move. As Alfredo’s own interests continued to spiral into decline, she offered the prince a sum of silver and a significant bank of prestation with an eye towards replacing her rival. Unfortunately, she failed to take into account either the treachery and cruelty of Prince Alfonzo, nor the desperation of Master Alfonzo, who seems to have abandoned the pride to which he formerly clung. The Brujah reportedly accepted a drink of the prince’s vitae, as well as the further reduction in his rights, and in return the sadistic Venetian asked Alessa if she was willing to do the same. She was unwilling to humiliate herself to such a degree, and so Alessa’s proposal was rejected. In the years since, she has returned to the drawing board, accruing further riches and seeking more allies while Alfredo continues to diminish as a viable rival. One way or the other, she aims to claim her rightful place.

Alessa’s domain adjoins that of the abandoned territory Gabor the Bulgar, in the northern fringes of the heart of the Amalfitan Quarter, close to the docks. The Tzimisce has not been seen since shortly after the Great Sack of 1204, but such is his dangerous reputation that Alessa, and indeed no one else, has so far had the temerity to add those streets to their own territory. She and her supporters meet at the Lighthouse (her tavern), the Sailor’s Rest (her inn) or the Winsome Wench (Jean’s brothel) several times a week, to compare notes and plan joint ventures.

Lineage: Childe of Calogero, Childe of Luca Ludovico, Childe of Radelchis (d), Childe of Januarius (d?); further lineage is unknown, but she is believed to be of the 11th generation. 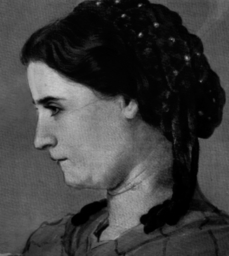