The pedantic, furtive ghoul of Veceslav Basarab, Andrew is adept at organisation and logistics; an indispensible tool of his diekoj.

An undernourished Greek with a pale olive complexion, light brown hair and dark eyes. He wears simple robes of a tasteful cut. His left cheek twitches every now and then.

Andrew met his master as a street urchin in AD1130, when he tried to pick the pocket of Veceslav Basarab in the Forum of Bous many years ago. Then just a mortal men, the Romanian nobleman was impressed with the cheek of the boy, and rather than allow him to face punishment he took Andrew under his wing. The lad was looked after and given an education, and came to see Veceslav as his father. After graduating from the Pandidakterion he asked to serve his patron rather than seek a potentially lucrative position in the Byzantine bureaucracy.

A ghoul for more many decades now, it is almost certain that time would catch up with him swiftly if deprived of Cainite vitae. He shows much of the slavish obsession with his domitor that is characteristic of the older examples of his kind, though he has yet to actually degenerate much due to the rather good treatment he has received from the Tzimisce.

His obsession with his “diekoj” (master) manifests as a religious conviction that he must pray for their souls every day. Veceslav was unaware of this behaviour for many, many years, until it was observed by Sir Gunthar when the Gangrel awoke customarily early during the trip to Tihuta Pass.

Andrew demonstrated his worth during that arduous trek. His skill at managing the small army of Cainites, kine and beasts earned him the regard of all of his companions. He was in charge of logistical matters while Agmundir the Cunning handled matters of security and Godwine Chriegler the perpetuation of their masquerade as a pilgrim caravan. He would be the first to undergo the strange fusion of Vicissitude and surgery that Veceslav and Sister Maude Khlesl devised after Andrew had his spine damaged in a bandit attack. He made a more or less full recovery, with only the odd nervous twitch belying the severity of the injury.

Between 1198 and 1216, he ably served his domitor as the seneschal of Castelul Tihuta, even doing so while his master was absent several years on the 4th Crusade. However, along with Veceslav and his other followers, Andrew was forced to abandon the castle and flee when his master’s enemy when Vladimir Rustovitch forced Prince Radu of Bistritz into submission. This left the Voivode of Voivodes too close for comfort, and Veceslav elected to take refuge with his allies in the south rather than face the grudge that Rustovitch had been nursing for so long.

Andrew would later journey to the Holy Land on the Fifth Crusade, where he continued to oversee the management of his domitor’s household in addition to coordinating the resources of the entire Concord. 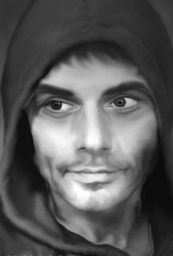