An ally to Iulia and Veceslav, this ancilla was a consummate warrior, skilled healer, and passable minstrel when the mood took him. He was a wanderer of many lands, and a stranger in all of them.

A hedge-knight of the wild, Armis wore well-made composite armour of ring-mail and quilted armour covered by a dark hooded cloak. Although not tall, he had a certain elan of such force that he seemed quite menacing. He wore a long hunting knife, a quiver of arrows, and a cased composite bow at his belt., and carried a lute in a leather case over his shoulder. He wore no shield, or device, and kept his past a mystery to all.
Role-playing Hints: Despite his calm subtle appearance, chaos and havoc follow him everywhere. From burning cities to emotional upheaval, death, and destruction circled Armis like albatrosses, and his unlife was a never-ending trial with uncertainty around every comer. The sadness worried him, but he found peace in action with his companions. When his existence was not spurred on by adventure, he found solace in music, and in seeking solitude in the wild.

Background: Armis’ background was largely unknown, and he did not speak of it except in vague references to battles past or lands he visited many years before. What was known is that he had a history with both Veceslav Basarab and Yulia of Weissenberg, with all three sharing a clearly strong bond and trust. Both Veceslav and Yulia regarded Armis as a “master of war”.
Haven: Armis made his haven alone and away from others. He often left an animal of some kind with the others, usually, a night-hunting bird, charged with finding Armis once his comrades awoke.
Secrets: While Armis tried to escape the secrets of his past, they clearly haunted him. His “daymares” were witnessed by retainers of his comrades, and those ‘daymares’ seemed to be a mixture of violence and terror. Armis met Charisse de Grey several times and began to walk the Road she championed.
What happened? The Gangrel called Armis appeared early in the 5th Crusade to support the two members of the Concord of Ashes to claim praxis in the Seibenbergen: Yulia of Weissenberg and Veceslav of Tihuta. Claiming he was there to discharge the boons he held to Yulia and Veceslav, the Gangrel attached himself to King Andrew’s Crusade, and took ship for the Holy Land. During the Crusade, he gave insightful strategic and tactical advice, especially prior to and during the Battle of Besthan Bridge, but he continually refused to take a leadership role among the Cainites. Amongst his own clan, the gangrel, he was seen as a leader who wished the Gangrel to work together as a united clan, and his words had a lasting impact on some of the Gangrel there. He later claimed the Catiff, Miriam, as his childe and gave her a chance to earn a place in the Gangrel clan. He had many adventures with his companions in the Holy Lands, and was last seen traveling with them in the aid of the elder Cappadocian, Deitrich. 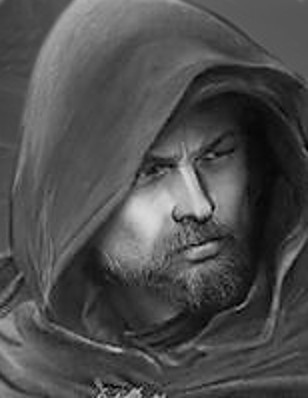