A skilled jeweller, this Michaelite was among those who fell to the temptations of the Children of Judas. Reclaimed to virtue, he became the first of the Reformed Michaelites. Athanasios continues to dwell in Constantinople, looking for hope in the ashes.

A pale, gangly youth dressed in dark, voluminous robes that have seen better days. He is good-looking, in a sort of malnourished, waif-like manner, with his long eye lashes, brooding brown eyes and unruly black hair. Despite his ungainly appearance, he has very quick, steady hands. He keeps a small knife at his belt.

In life, Athanasios was a prodigious jeweller’s apprentice in a time when the Byzantine Empire, under Manuel Comnenus, was decidedly on the front foot. Likewise, the Cainites of the Dream of Constantinople were also moving forward. While aloof from nightly congress, Michael had not yet succumbed to delusion, the monastic system under the supervision of Symeon under the vision of Gesu was burgeoning, and the Antonian and Lexor families still worked hand in glove to see the bureaucratic and governmental arms were rightly guided.

With his handsome face, soulful moods, and extraordinary talent for working with gems and gold, the young apprentice caught the eye of Slana, a grandchilde of Petronius. Assigned to watch over the guild of jewelers and gemcutters, Slana was a noted socialite and sybarite who delighted in flitting through all levels of society, but particularly its lower rungs. She was a frequent visitor to the Silk Road, losing herself in the delights on offer there. This made her a lax overseer of the guild. When the ancilla came to realise that her pretty new plaything was gifted with an extraordinary intelligence and a savvy sense for organisation, she correctly saw that Athanasios could pick up the slack. Slana petitioned her masters to bring him across despite his youth. The request was successful, and she embraced Athanasios on the occasion of his 19th birthday.

He quickly settled into his new existence as one of the Michaelites, adroitly juggling the demands of completing his mortal apprenticeship alongside his Cainite one. Like all who met the Archangel, Athanasios was enspelled by the supernatural grandeur of his ancestor, and but time passed and Michael’s delusions grew, the neonate slipped into idolatrous worship of him just like nearly everyone else in the family. His craft and his duties suffered. To make his situation even more untenable, Slana’s fascination with the debaucheries of the Silk Road had grown obsessive, making her a very poor mentor indeed.

In fact, while he was still a fledgeling his sire introduced him to those same all-consuming delights and in truth, he was little more than low-hanging fruit to the likes of Sarrasine and Anastasia. By 1175, he was counted as just one of many wasted talents among the Michaelites.

Little changed in Athanasios’ existence for more than twenty years. His passion for his craft all but forgotten, he endlessly sought diversions; his favourite activity was to lose himself in wine or hashish laced vitae. Egged on by his degenerated sire, he arose only to hunt; to to taste the newest morsel on display at the Silk Road, the Eye, or the alleys of the slums. He was aware that he wasn’t living up to his potential, but he felt powerless to resist.

Then, in 1199, the unthinkable happened. Athanasios witnessed his sire, so degenerated now as to barely resemble the woman who had once embraced him, lose control of herself while feeding. Jarred by her slaughter of the young man upon whom she was feeding, he tried to restrain Slana and reason with her. She then attacked him as well, and would have taken his heart’s blood but for the intervention of Khay’tall, who roughly subdued Slana and threw her out of the Silk Road. Her reason returned, but after many entreaties upon her part the smug Settites refused to grant her entry to any of their establishments. Athanasios watched from behind shutters, too afraid to speak with her, as his increasingly desperate degraded herself for nothing. On the verge of Wassail, the ruined creature disappeared from Constantinople soon after.

Upon reflection of that moment, Athanasios came to understand the trajectory of his own tragedy in the making. Once full of promise and hope, he had become nothing more than a leech, a parasite who fed upon the Dream as surely as the hapless mortals that crossed his path. Leaving his old life behind, he went to his great-sire and threw himself upon the mercy of Petronius’, asking that Sariel take his life if redemption could not be his. Moved by the young vampire’s sincerity, and at his wits end to move his fellow Michaelites or gain the trust and assistance of any worthwhile faction in the city, the Arbiter had a revelation of his own. If he could rehabilitate Athanasios, and show the other degenerate Toreador that grace could be reattained, perhaps he could reclaim his fellows from madness, despair, and debauchery.

Petronius took Athanasios in, and worked with the young Cainite to reignite the spark of his humanity, his pride, and his restraint. After a number of hard years, they were successful, and Athanasios became the first of the faction that would become known as the Reformed Michaelites.

Hope was reborn. Others would join them, from both within the city and without, and for years they worked to change the family and bring about a new order. Athanasios was Petronius’ primary agent in this, serving as both diplomat and seneschal for the faction. He organised squads of the Arbiter’s Scholai guard to protect them, to be their eyes on the street, and to keep them honest when their unsavoury habits started to worm their way back into their lives. He oversaw the guilds of the others when they struggled, and taught them smarter methods for reclaiming a measure of control over organisations that had long since slipped their leash.

Unfortunately, the effort was ultimately doomed.

Over Easter of April,1204, the city was taken by the Latin crusaders. Unbelievably, Michael was slain. The Michaelites were in shock, and in the wake of the Patriarch’s death, Petronius lost heart and, despite bitter arguments from Athanasios, deserted his followers along with the Queen of Cities in her direst moment of need.

Like the rest of them, Athanasios fell into despair. His domain looted, his herd broken, and his very existence in peril, he could not bring himself to care. If not for the suddenly lucid Anthemios of Tralles, he likely would have been butchered along with countless mortals or taken by the rays of dawn. Instead, he felt the Summons of the elder Muse of Architecture, and mindlessly allowed his legs to carry him to safety in one of the old one’s bolt holes.

Over the coming years, Athanasios tried to rouse himself to assist Anthemios, who was in dire need of help to move the floundering Michaelites into a new future. Like the others, however, he failed to find much enthusiasm in working to recover the brutalised city for the benefit of the new Latin order. Indebted nonetheless, he tried to discharge his duty as best he can, despite his lassitude. Belatedly, he understands why Petronius quit the city, and regrets the harsh words with which they parted company.

Ultimately, he has fallen into wistful dreams and prayers of what might have been. Listlessly, he drifted back into the orbit of the Reformed Michaelites, but it is obvious to everyone that he finds their attempts at being relevant to be futile at best and utterly pointless at worst. Instead, although he tries to dismiss them he has started to listen to the words of Paul Bathalos. Arisen from torpor in 1208, the former Muse of Sculpture returned to his brothers and sisters with fresh hope, for as his mind and soul wandered through his long torpor after the Great Sack, Paul claimed to have had a vision of Heaven, where Michael now sat at the left hand of God, one and the same as his namesake in truth. Paul claims that the Patriarch’s sacrifice has paved the way for all of the faithful to enter Heaven as well, but they must be true, and virtuous, and not abandon their faith. Along with the other remaining Michaelites Athanasios balked at first, but after Pakourianis the Dove arose in 1217 and claimed to have an identical vision, some have begun to join the renewed Cult of the Archangel. Athanasios’ dead heart feels now the flutter of hope. the first that it has stirred in many years, and while he has not yet joined the Nephilim, he has begun to entertain doing so.

Lineage: Childe of Slana of Smyrna (?), childe of Nikalaos Zerbos (d), childe of Petronius, childe of Michael, childe of Arikel. Athanasios is of the 8th generation. 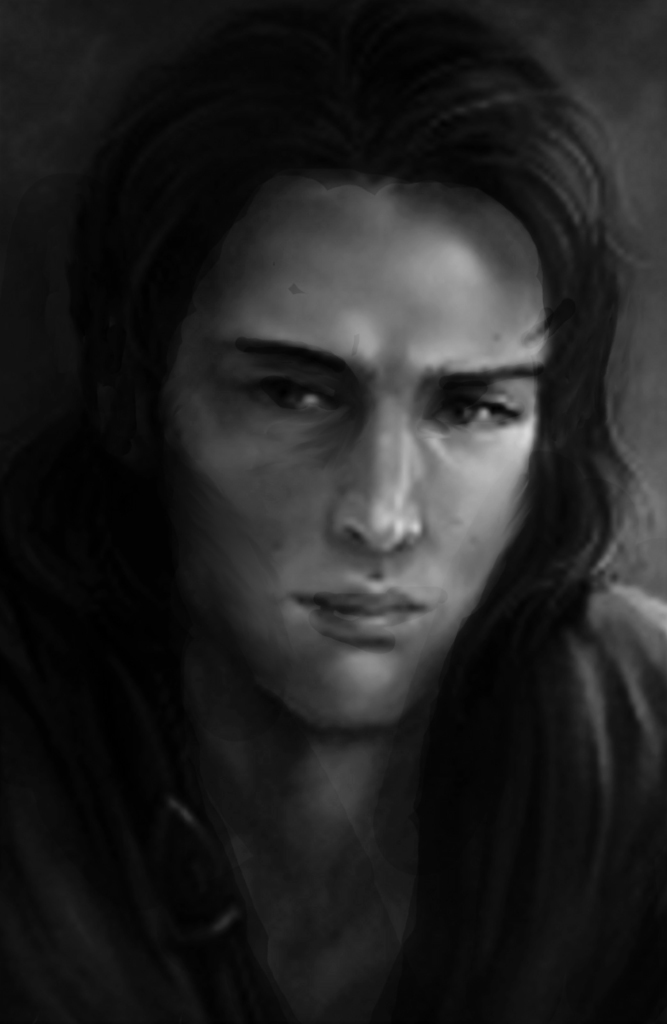