A rising star among the noble faction of the Burzenland, this young edler appears to be under the protection of Lucien the Roman. He is the son of Karl Dressler, and younger brother of Bernerd Dressler.

A good-looking fellow in his prime, slender of limb and possessed of a small paunch. With his wavy hair, dusting of whiskers and dark blue eyes, he takes very much after his father. His fine clothes and bearing mark him as being of the noble-born, and the finely crafted dagger that hangs at his belt is of excellent quality.

This young noble was first encountered by the Ashen Band in the early months of 1214. In the wake of a stinging, but ultimately unsuccessful, ambush by a Gangrel-led Cuman band, a number of sorely wounded henchmen needed attention. Healing the uninitiated through the miraculous properties of Cainite blood might have endangered the Sixth Tradition, so the coterie was forced to divert to the nearby village of Lünedorf. In company with a number of locals, both Saxon and Vlach, Axel greeted them at the palisade and established their bona fides before admitting them.

Together with his ailing father and kindly, if dictatorial, mother, the young edler proved to be a gracious and well-informed host. Only his wife, Tatiana, appeared aloof, displaying a suspicion of the Cainites that indicated that she may have suspected their true nature. Axel’s oldest child, Bernerd (aged 8), appeared to be very curious of the visitors, and very eager to take part in the chess game that Karl and Axel were playing. His daughter, Livia (aged 6), also stared shyly, but curiously, at both the wounded and the healthy that had disrupted their home. And finally, his younger daughter, Christine (aged 2), hid behind his mother’s skirt and looked at all the warriors in terror.

It left a notable impression on the coterie that the Saxons and the Vlachs of the village cooperated as equals and neighbours for the benefit of all. At the gate, the local blacksmith, Sandu, and a freehold farmer, Gustav, were both introduced as elders of Lünedorf and, moreover, they cooperated with the warmth and ease that only true friends might attain. A rare circumstance in Transylvania indeed. They would later learn that the village was once known as Tărlungeni, but once the Dresslers assarted the land in the forest to the north, the burgrave decreed that they would be made landlords of the preexisting settlement as well. As such, the Saxons came to conflate the name of the estate, Lünedorf, with that of the settlement, and the name of Tărlungeni had fallen out of use except among the Vlachs. Initial ill-feeling at this development was gradually eroded by the fairness and generosity of Karl and Eadith, but in truth, all in the village would lay the credit for dispersing it altogether with Axel. It would appear that the young edler holds the just and egalitarian management of the family’s demesnes as his natural responsibility, and he tolerates no allusions or pretensions of cultural superiority in his home.

As a result of his enlightened attitudes, the marriage of Axel and Tatiana, third daughter of the burgrave, appears to be a happy one. Being half-Vlach herself, and possessed of a fierce temper, Tatiana despises those Saxons who look down upon her mixed heritage, and outright hates those who take advantage of her countrymen’s lack of fair access to the markets of Kronstadt. It was unclear exactly what the circumstances of fair trade might be, but it was clear that alone of the villages that the Ashen Band has visited in the Burzenland, Lünedorf appears to be truly happy and prosperous.

Outside of his ability to act as a capable proxy seneschal of his father’s lands, Axel has been marked as a rising star in the firmament of Kronstadt’s politics. Enjoying the benefit of an excellent marriage, a sizeable fortune, and no small amount of natural charisma and intelligence, it is expected that he will go far. Indeed, within the power bloc of the edler/ritter faction, composed of the landed elites of the Burgraviate, he is increasingly being seen as a leader among the younger and more energetic nobles. In addition to the Burgrave and the Livia, his allies include Dolph Wagner and Gustav Eldgern, both of whose families count themselves among the most prominent of edler lines in the Burzenland.

Like many sons of Kronstadt’s finer families, Axel was called upon to serve in Commander Theoderich’s expeditionary campaign against the Cumans. The Ashen Band observed him in the camp at Törzburg, and once again at Câmpulung. On both occasions he was seen in the company of fellow edlers, as well as a couple of ritters, and while he was obviously unaccustomed to the hard life of a soldier, the young noble appeared to be taking the expedition in his stride. He seemed capable enough with the sword her wore, and proficient, if not gifted, at fighting in the saddle as well. It is quite likely that Lucien has overseen his training, and that he also continues to his see to his safety, as he has done since the demise of Bernhard von Billung many years ago.

In 1217, he once more reluctantly answered the call to arms when King András II gathered his vassals for the Fifth Crusade. One of the junior officers for the several hundred Kronstadters who took the cross, Axel now showed himself to be more comfortable with the hardships of the road and difficulties of command. Other than loyalty to his city and his king, however, Axel was motivated by a desire to discover the fate of his long lost brother, Bernerd, rather than glory or piety.

The young knight had vanished from Constantinople after the farcical Fourth Crusade ravaged that city, and never returned home. The lack of news or closure had strained the Dressler family for more than 12 years, and although Axel had long since buried the ghost of his brother, he knew that his father had not. Travelling to the Holy Land presented the edler with the opportunity to chase down a few leads that had surfaced in recent years, but it would seem that someone or something does not want Bernerd to be found.

During a rendezvous with a contact within the ruins of an ancient Roman village, Axel and his bodyguard were attacked by a group of tall, beautiful men who had access to magic of fire, sunlight, and the means to tranform empty doorways into portals to elsewhere. The young edler and his men would have been slain but for the intervention of Marius de Şimand and the Concord’s new Gangrel ally, Armis. As it stood, he lost two men, and very nearly a third. His loyal bondsman, Stephen Tărlungenanu, survived only by virtue of the miraculous properties of Cainite blood. 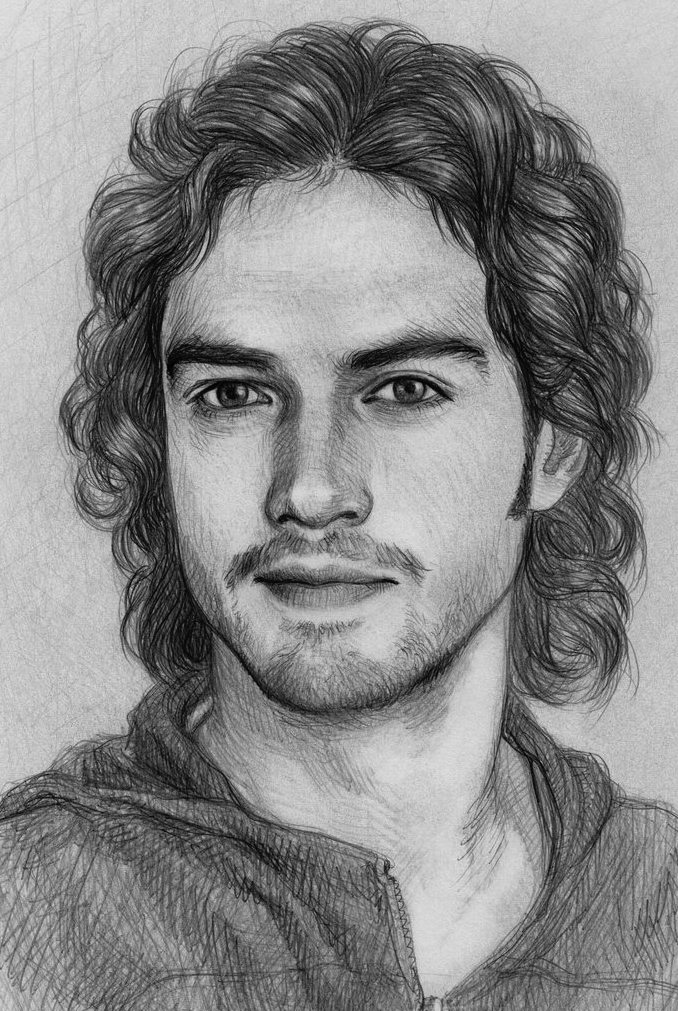