The former Prince of Sophia; an elder known to be both devout and loyal, but something of an autocrat in his style. He fled his city after a failed assassination attempt in December of 1204.

This man’s aquiline nose and delicate jawline mark him as an aristocrat, though the darker shade of his skin would indicate Iberian ancestry rather than Greek. He wears the fine robes of a Byzantine aristocrat, though his bejewelled weapons follow the style of the Bulgars. Dignified and solemn, he exudes authority and power.

Before his exile in AD 1204, the Lasombra known as Basilio the Elder ruled the city of Serdica, also known as Serdica and Sredets, for almost two centuries. In that time, he masterfully manipulated the insular and divided Bulgarian Tzimisce voivodes, balancing their restive and combative temperament with their desire for a neutral ground to meet and a stable market to dispose of their minions’ livestock and crafts. With the failure of the Byzantine empire to hold the region towards the end of the 12th century, his position grew increasingly untenable and, just six months after Constantinople herself fell to the Fourth Crusade, he too was forced to flee his ancient domain.

Originally attracted to the area by his interest in the Eastern Orthodox Church, Basilio left his comfortable surroundings in Rome and travelled to Constantinople. There he established close ties with its Cainite rulers, allying himself with the Magnus Orthodox Family of Lasombra and gaining their favour. Having established himself, he immediately set about finding a sizable demesne befitting his talents. The Antonian and Magnus Orthodox families had identified the city of Serdica, called Sredets by the Bulgars and sometimes Sophia by the people of Byzantium, as a locus of potential authority. The Bulgarian Empire had collapsed under the withering pressure of the armies of first the Kievan Rus then those of the Byzantine emperors John I Tzimisces and Basil II. Its ambitious prince had been a thorn in their side, leading the resistance against Byzantine rule for the 3 decades it had taken for the last remnants of Bulgaria to capitulate. Gabor had proven himself completely unwilling to accept the over-lordship of Constantinople and dismissive of Magnus’ requests that an envoy be sent to oversee the city’s Church of Holy Wisdom. With the erstwhile Voivode of Sophia’s intransigence in mind, the city would be a fitting target for his ambitions, if Basilio could take it.

The Tzimisce voivode, Gabor, had over-extended himself in his attempts to become Cainite overlord of Bulgaria, and his heavy-handed, arrogant ways had stirred up resentment from his subordinate voivodes and knezi. Most of his progeny and more loyal supporters had gone to the Final Death resisting Byzantine expansion, and those that remained he increasingly treated like rank fledgelings. It was a simple matter for Basilio to play upon their fears of Gabor’s ambitions, fan their resentment into rebellious anger, and present himself as a compromise candidate benefitting all. In return for promises that their own demesnes would be spared by the Antonians, many of the Bulgarian Tzimisce secretly capitulated and fell into line behind Basilio. When the armies of Basil II marched on Sredets to demand its surrender, Basilio and his allies made their move.

Lured into the trap of believing his fellow Bulgars were coming to support his stand, Voivode Gabor was ambushed. He surprised his attackers with his indignant ferocity, however, and a savage battle ensued. The Tzimisce voivode’s remaining brood were slain in the struggle, but Gabor fought with great skill and destroyed a number of Basilio’s allies as well. Although grievously wounded he managed to escape, outwitting his pursuers (who expected him to flee to Carpathian allies in the north) and secretly taking refuge with the Obertus monks in Constantinople.

With his domain secure, Basilio declared himself Prince of Sophia. The remaining Bulgarian Tzimisce returned to their own demesnes, tacitly accepting Basilio as the prince of the capital but not their overlord. He soon also confirmed himself a provincial Scion of the Magnus Orthodox Lasombra. For nearly two centuries he managed to place himself as an intermediary not just between the voivodes, but also between they and the Antonians. Many Bulgarian Tzimisce have served in the forces of the Byzantine Ventrue, a development that has rankled the Obertus to no end. Basilio also made himself a strong advocate for the Greek Orthodox rite, and maintains alliances with other powerful Lasombra in the region with similar concerns. The Sophian Lasombra and the Licinian Lasombra of Adrianople have been particularly strong allies, and remain so even now. Magnus remained in contact with Basilio also, but while they were nominal allies the Magnus Orthodox family did little to hold up their end since the Bulgarian empire’s resurgence.

In AD 1186, the armies of Petar and Ivan Asen retook Sredets for the Second Bulgarian Empire. Basliio the Elder’s nearest traditional allies were now some 200 miles away, and he was a known partisan of Constantinople. While he had long been recognised as a capable prince and a fair (though autocratic) ruler, his position was now far from tenable. He was a Byzantine relic, a shadow of his former power, and he knew it. Worse, his rivals knew it too. The Tzimisce that were once his allies of convenience no longer found his distant loyalties quite so agreeable, and the younger Fiends that replaced those who fell openly plotted against him. In the volatile political climate of Bulgaria , Basilio suddenly found himself in fear of being ousted or even facing Final Death at any given moment, simply because he had failed to support Bulgaria’s independence from New Rome.

He had three loyal progeny of his own within Sophia. Aten Takerzies and Dimitar Boleslas were capable ancillae in their own right, loyal through the Blood Oath and skilled at mobilising their resources. Kostadin, his youngest childe, has potential, but he was too young to be of much use when the domain was threatened with conflict. The other Cainites of the city, a population he intentionally kept low, were either too self-involved or too effete to be of much use either. He could perhaps have called upon old alliances and asked for help from Marcus Licinius of Adrianople, but he knew that the Bulgarian armies already massing on the Byzantine border. In those dark days, Basilio had few friends to call upon.

In an attempt to cultivate other alliances, Basilio welcomed the Assamite known as Husayn al-Fatin. He found much in common with this polished and cultured Easterner. Both Baslio and Husayn supported order and worked to quell the worst excesses of the rowdy Bulgarians. They both saw trade as a civilising influence, and so they supported peace as a means of protecting the commercial routes. It presumably also occurred to Basilio that a friendly Turk in his court was a good idea, because if his domain should be compromised he would need friends with distant friends of their own. If he was ousted, many Tzimisce across Bulgaria would likely hunt him for his blood.

As it happened, the cunning Prince of Sophia was in far more trouble than even he could discern…

Unbeknownst to Basilio, he had even more problems of which he was unaware. Veceslav Basarab’s sire, Gabor, still coveted his old Domain, and had long laid plans to return to it in triumph. Furthermore, the cunning old Bulgar had secured the services of an Assamite to bring Basilio down at the crucial moment, thus leaving the Lasombra at the mercy of Gabor. Moreover Husayn al-Fatin, rather than being a friend to the prince, was in fact the very assassin hired to bring him down.

The Assamite waited the best part of ten years to strike, earning a place in the prince’s court and in his trust. And then, early in the month of December of 1204, Husayn ambushed the prince as he stepped into a secluded room within the House of the Eagle to meet up with a member of his herd. Basilio, his eyes bulging with pain and disbelief, fumbled at the poisoned dagger buried in his belly and tried to bellow for his guards, only to have his words silenced by the preternatural silence of the Quietus discipline. Suddenly, three masked vampires materialised out of the steam to attack the would-be assassin in turn. Husayn was no match for the overwhelming assault, and was swiftly cut down. Without a word, his three rescuers then fled with the Assamite’s body, although the largest of them offered the prince a mocking bow as they left.

Quite suddenly, Basilio discovered that not only was he not safe in his own city, but his circle of allies could no longer be trusted. In the coming nights, he made hasty plans as his spies communicated the knowledge that no fewer than three factions of Tzimisce, including the hated Gabor, were making their way to the city.

Basilio the Elder managed to flee the city as the hordes closed in on the castle. His most loyal childe, Aten, in his role as a captain of the castle guard, volunteered to stay behind with some ghouls and stage a distraction to ensure his sire’s escape. This he did with great adroitness, simultaneously trapping their enemies within the bailey of Serdica Castle and covering the Silence of the Blood by convincing the mortal ruler of the city, Andras Tibor, that the assault was an attempt to assassinate him and that he should lock himself, his family and his bodyguard in the security of the donjon. Basilio has not seen Aten since, and can only assume that he perished in the act of executing his daring gambit.

Whatever the case, the failed prince is now a guest of his ally, Prince Marcus Licinius of Adrianople . He has released his childe, Dimitar Boleslas, to follow his heart and return to Bulgaria but he keeps his youngest, Kostadin Kalivas, as well as his former seneschal, Stephanos of the Toreador, by his side. Together with their host and a number of other scattered allies, these worthies now plot to restrengthen and reinvigorate the Orthodox Byzantine Church, which is now under attack by the new Latin Patriarchate of Constantinople. Basilio has expressed no desire to take revenge for his deposition, nor does he appear to harbour any hope of returning to his beloved Sophia. Wherever his destiny might lie, it would appear that it is in a new direction…

Lineage: Childe of Erasmo Casimiro Alonso de Curcio, Childe of Marcellus Rufus; further lineage is unknown, but it is probable that he descends from the great Boukephos, who has haunted the Iberian nights for thousands of years. Basilio is of the 7th generation. 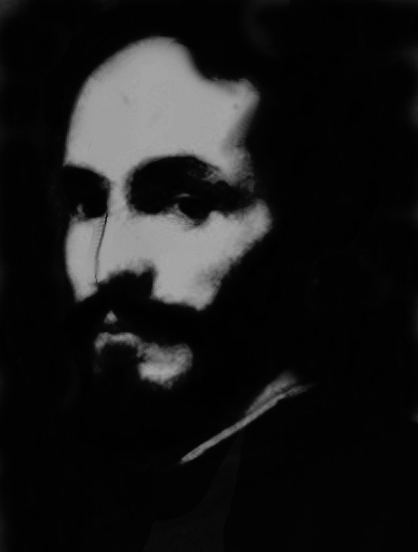