A middle aged man approaches. He wears the customary tabard of a knight of the Black Cross over plain, but well kept mail armor. A longsword is strapped to his left, a dagger to his right. His weatherbeaten, wrinkled face lacks the pallor of a Cainite, but his outwardly humorless, stoic countenance betrays an amount of resignation and weariness, which together with his looks suggests a troubled past. He carries himself with dignity and exudes the unique charisma of a military leader whose soldiers would follow him to hell and back.

in 1189, the Third Crusade begins. Berengar joins it, having no other prospects in the wake of his disowning.

The crusading army’s march through Anatolia left a lasting impression on him. The hardships of terrain, weather, and so forth convince Berengar that wars are won as much outside of the battlefield as on it.
He starts to display an unnatural knack for tactics and fieldcraft.

In 1190, Berengar is dealt a debilitating wound during the siege of Iconium. Unable to fight, he is forced to spend the remainder of the crusade outside of battle.

Later that year, Barbarossa drowns while crossing the river Salef. As a result, the majority of the Imperial crusaders decide to return to their homeland. Disheartened, Berengar returns with them.

The failure of the crusade is a huge mental blow to him. He becomes a raubritter – a “wild knight”, essentially a brigand, part of a band roving the trails and roads of Saxony.

In 1205, a party of returning crusaders brag about the sack in a Magdeburg inn in earshot of the fallen crusader. Enraged at their lackadaisical attitude about the shameful conduct of those involved, he first goes on a drunken rant venting his frustration, then gets into a massive brawl with the knights. After killing one of the braggards in the melee, he is imprisoned pending judgment – undoubtedly, death by hanging.

Word of the incident eventually makes it’s way to Heinrich von Achern. Disgusted at the man’s downfall, yet sympathetic because of his valor during the Third Crusade, he offers him the Embrace: an opportunity to atone for his trespasses in the ranks of the Order of the Black Cross.

After about a decade of unlife, Berengar accompanies his master to Esztergom, part of an embassy that lays the groundwork for Jurgen von Verden’s move upon the Burzenland.

As Jurgen’s campaign is in full swing, the tenacity of the Cuman foes leads Heinrich to give Berengar his own command while he is still a fledgling. He entrusts Adalbert of Prague with supporting him with mentorship and resources. 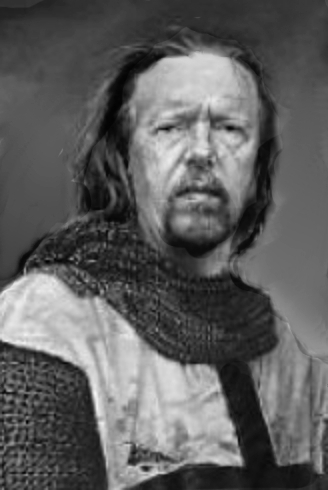