The wealthy and influential Guildmaster of Stonemasons in Kronstadt. Very spry indeed for his advanced years, he is also ghoul to the Tremere known as Eridanus.

A short, balding old man with a needle sharp nose and a matching, pointy white beard. His hazel eyes, thick lips and ruddy face wear a playful, even condescending expression. He carries the air and manner of a burger of great wealth and influence, and his fur trimmed robe is made of fine wool to ward off the Transylvanian chill. Despite his advanced age, his fingers are strong, thick and surprisingly agile.

Widely considered to be one of the most wealthy burgers of Kronstadt, this man is also one of the most influential. He is the Guildmaster of Stonemasons, a city councillor of long standing honours, and a philanthropist who has made many donations to the upkeep of the city walls and towers, the town square, and the parish of St. Emeric. He is considered by all and sundry to be a pillar of the community, a rather puritannical man whose only occasional vice is a penchant for politicking. For many years, Bonifaz constituted the council opposition to the late mayor, Dolf Lugen, and for a time he openly campaigned for the honour of being named to that station himself.

His ambitions would be stymied by the rise of Rolf Rathinger, however, and he increasingly found himself marginalised as the council polarised between the Noble and Guild factions. After his 70th year, Meister Bender made a grand gesture of retiring from such maneuverings, and now he likes to be seen as the voice of aged wisdom in session. It is worth noting, however, that his guild is the wealthiest in the settlement, and while he no longer constitutes a power bloc himself, his support is frequently courted by all three factions. In recent years he has given his fickle support to Archdeacon Simon, but he has also been seen courting the good will of Brother Ludolf, who represents the Teutonic Order on the council.

His advanced age and continued vitality has been marvelled at by the good burgers of Kronstadt, and he says that his excellent health and longevity is a result of clean and godly living, as well as a refusal to retire from his craft. Of course, there is much more to Bonifaz Bender than meets the eye. While he makes a show of being open and approachable in public, he is actually an intensely secretive man who, when not attending Mass, spends nearly all of his free time within the walls of the guildhouse. The building is more fortress than hall; taller even than the steeple of St. Emeric’s Church, its walls constructed entirely of stone, and decorated with numerous forbidding gargoyles and bas-reliefs depicting scenes from the Old Testament. Outsiders are rarely admitted to the august guildhall, but it is thought to be richly appointed.

As the Concord discovered, the guildhall is also the residence of the city’s Tremere chantry. Although the sole Cainite resident, Regent Eridanus, claims to have no interest in the political doings of the burgers, his tight control over the senior members of the Stonemasons’ Guild would indicate otherwise. It is obvious to the Cainites of Kronstadt that chief among his ghouls is Bonifaz himself, for the guildmaster has not aged appreciably since the late 1190’s, and the strength and surety of limb that he also displays would be a telltale sign that he is a ghoul. His wealth and influence are thus at the command of the regent, which would make the Tremere a potent force in Kronstadter politics, should he choose to be so.

When the Ashen Band conceived of a desire to speak to Eridanus concerning their forthcoming foray into the Buzău Pass, it was Bonifaz they used as an intermediary to request an audience with the regent. During the discussions with the Tremere, 5 acolytes were present, each of them robed and cowled identically in lavish crimson robes bearing much arcane decoration. Heads bowed respectfully to the vampires in their midst, their identities were difficult to discern, yet several of them exhibited beards, seen jutting out from beneath their hoods. Of those, one bore the distinctive, pointed beard of Bonifaz Bender. Therefore, if the (rather paranoid) rumours concerning Tremere recruitment practices are true, it is possible that the wily old Guildmaster of Stonemasons is a skilled magician in addition to enjoying the benefits of ghouldom. 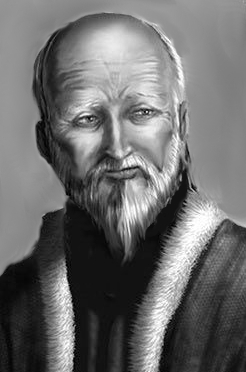