A stalwart, stoical Slav who served Stanislav as a bodyguard. He went to the Final Death along with his master.

A tall, pale, broad shouldered Slav with shoulder length, wavy black hair peppered with grey, a full, bushy beard and a hard, direct stare. He has the mien of a dignified soldier about him, as if he were well used to leading men in combat. Although he looks like he should be wearing mail, he is swathed in a black cloak and dressed in the rough leathers and furs of a peasant. He carries a spear, and keeps a short, heavy sword and a dagger at his belt.

An oft-overlooked and underestimated member of the Chosen of Calomena, Boris was responsible for maintaining organisation within the cult. At the time of their destruction in April of AD 1204, Boris was considered third in command, behind Stanislav and Lado. Using a certain quiet, earnest and decisive brand of leadership that complemented the impassioned fanaticism of the former and the brutish and direct bullying of the latter, he oversaw the loose chain-of-command among the cult, ensuring that the duties of the Chosen were allocated for best effect. In this position, he appears to have been the successor of the cunning Gaetano, who vanished in the wake of the destruction of the Chosen haven at the Monastery of St. Luke in 1196.

Unlike many of the the cult, neither his lineage nor his movements are obscure prior to his admission to the Chosen. Boris is known to be of Ventrue descent, as his sire and grandsire were both staunch (though directly unrelated) allies to the Arpad Ventrue of Hungary. Colomar Mogorović controlled the destiny of a prominent marcher noble family in the Kingdom of Croatia, and being of part Magyar descent in his mortal life, he eagerly embraced the unification of the two kingdoms as the 12th century dawned. Unfortunately, the support of Bulscu and his childer proved fleeting as the conflict with the Voivodate spiralled into a war of attrition, and Colomar was eventually cut off and besieged by the Tzimisce. His vassals would pay the price for his loyalty to his distant overlords. One among them, Boris, was a ghoul knight of the valiant and much-lauded warrior known as Antal the Just. He was a veteran of many battles, profoundly experienced at leading men, and being actively groomed for the Embrace by his domitor. In better times, he might have been brought across with all due pomp and ceremony, but his fate was to be Embraced on a battlefield, in an act of desperation as the forces of the Clan of Shapers closed in on the hapless Mogorovići Ventrue. The fledgeling cut his fangs in the fires of war even as his sire and grandsire perished in the conflict just nights later.

Out of sheer, dumb luck, Boris was plunged into torpor in the final battle, cut down by a szlachta and forgotten in a hidden armoury. Years later, when he awoke, he quickly fled the fief and made his way to Ventrue lands. When he recited his respected lineage, he was initially given a place, only to find his welcome grow cold when his hosts discovered that the Blood “had not taken”. Boris was able to feed on whomever he chose, which marked him as uncouth and alien to his would-be clan. Those whom he would call brother cited the commandment against allowing those of thin blood to prosper, he was Blood Hunted from Belgrade. In the coming years he found himself harried wherever else he went, seen as an embarrassing abomination by his own would-be clan and easy prey by their enemies.

Proud of his noble lineage yet considered thin-blooded and clanless, he was met only with disdain, prejudice and violence in the jealously guarded cities of Croatia, Serbia and Rascia. Embittered by nearly two decades of these experiences and on the run from yet another Blood Hunt, he was rescued by Zhelyu, Gaetano and Lado in 1183. Grateful for his salvation and the unconditional acceptance, he was an easy convert to Stanislav’s cause. He would grow to be one of the most dedicated among the Chosen, and a dire adversary to those who would frustrate their plans.

During the rescue of Gregorius Dimities, it was Boris who marshalled the entirety of the Chosen to hunt the Concord through the district of Arcadius. Indeed, the chase was almost successful, and it was only through the intervention of the Toreador slayer known as Sariel that the coterie was able to withdraw without further harm. Unwilling to sacrifice his spear, Stanislav bade him retreat rather than face Sariel and his decidedly overwhelming use of Majesty. Boris was forced to abandon his carefully trained warriors to the fury of the so-called “Gladius Dei”, lest he join them in death.

Months later, Boris found himself in a battle he could not win, and would pay the ultimate price for his fanatical devotion to his prophet. Distracted by their holy mission, the Chosen were ambushed by the Concord as they traversed the Genoese District, setting fire to the buildings around them. Seeing Stanislav engulfed in flames and with no other means at hand, the warrior gathered his own cloak and leapt upon his master in a vain hope of stifling the blaze. The selfless effort could not succeed and was his own undoing, for the fire found his own flesh as well. Boris perished alongside Stanislav; both Cainites expiring within moments of each other. 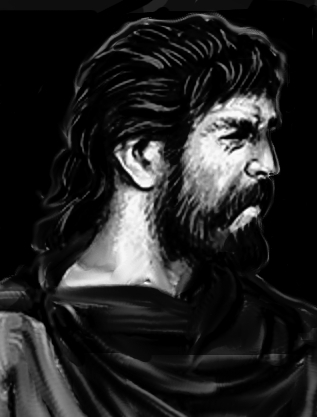