The Burgravine of Kronstadt. This Vlach lady has clawed out her preeminent place in the city over three hard decades, and she is in no mood to let her station slip from her fingers.

A middle-aged Vlach woman of perhaps 50 years, clearly of noble birth judging by her mannerisms and air of superiority. Although she has taken on the fashions of the Saxons of her adopted home for the most part, something in her carriage and mannerisms is unmistakably… other. Although her youthful grace has begun to give way to her years, she is still one of the most beautiful women in Kronstadt, and obviously a little vain about her appearance.

Hailing from the County of Făgăraș, a powerful, latinised Vlach territory to the west of the Burzenland, this noblewoman entered the political scene of Kronstadt in AD 1184, with her marriage to the new burgrave, Albert Rutan von Swartzinburg. At the age of 17, she was 14 years the burgrave’s junior, and in her early years as his wife she was very much seen as an ignorant, arrogant foreigner determined to pervert the “proper” Saxon way of doing things. The friction that the marriage caused in the settlement, barely a generation old and bordered by bellicose Szeklers to the east and resentful Vlachs to the south and west, was only compounded by her obvious desire to see the office of the burgrave become hereditary. Even so, the alliance between Albert and Livia’s father, Count Iancu, served the burgraviate well in the coming years, as Cuman, Szekler, and even the occasional rogue Pecheneg raid was repulsed by the combined forces of Kronstadt and Făgăraș. As she matured, and her natural grace and franchise was supplemented by her adoption of many of the Saxon customs and mannerisms, the bürgers of the city became enthralled by this foreign lady.

Despite the marriage being a matter of political convenience in the beginning, the union yielded four intelligent, attractive children. Sofie, their eldest, took after their mother’s temperament, while Gerhard, their only son, followed their father. Kind and gentle Ilsa was the darling of the city’s high society, while Tatiana, the youngest, melted hearts with her beauty. Gerhard’s charisma won over many of the more recalcitrant among both noble and free bürger alike, leading some to wonder whether the military governorship of the region ought to fall to the Rutans for a second generation after all. Moreover, to hedge her bets, it is thought that the burgravine encouraged her husband to wed Sofie to his rival, Adolfus von Ballenstedt, a prominent knight who had risen to the position of Captain of the Guard with the support of the mayor. The match mended the fence between Adolfus and Albert, and all but ensured that no matter what happened in the years to come, a Rutan would remain resident at the castle on the Kapellenberg.

Gerhard was advantageously betrothed to the sister of Albanus Liberac, the burgrave of Schäßburg, while Ilsa married the noted courtier Julius Rátót, whose father Leustach was a favourite of both the late King Béla III and also his son, András II. Leustach served as the Voivode of Transylvania for some 20 years, far longer than any other warlord in recent history. Their youngest, Tatiana, was married to Axel, son of Albert’s dear friend, Karl Dresssler. Gossip has it that this last match was initially against the wishes of Livia, who wished to complete the family’s circle of alliances by marrying her off to Johannes, heir to the margraviate of Hermannstadt. However, upon meeting the young edler she was soon charmed by his easy grace and intelligence. Ultimately the union brought great joy to both families.

As matters stood in the decade before the arrival of the Cumans and their Gangrel master, Kordönül, Livia had attained her long pursued goal of being first lady of the city in both name and fact. Her husband was always more concerned with the trappings and duties of his military appointment, and he happily relied on others for the political nous that he himself lacked. Livia had become foremost among his advisors, even beyond his councillor friends such Karl and Johann von Danzig. Early in his brief rule, the late Cainite known as Sir Gunthar von Sankt Wolfgang realised her influence, and actively sought to make her his ally, or perhaps even his thrall. His designs were interrupted by the 4th Crusade, and he felt obliged to travel to Venice to take the cross. This course would lead to his untimely demise, thus freeing the burgravine of his designs upon her.

The rise of the archdeacon, Simon von Nijmegen, in the first decade of the 13th century would limit the influence that her husband and his faction enjoyed. This did not, however, undo the prestige of the family even if it did diminish their power. Unfortunately, the forthcoming raids of the Cumans would tragically serve to bring even more misfortune to the Rutans. The early raids under Kordönül were ominous in their savagery and cruel efficiency, quite different from what the burgraviate had grown used to in years past. A number of outlying settlements were sacked and burnt; their people brutalised and enslaved, or butchered with cruel abandon. Her husband rallied the defenders of Kronstadt, and met them in a series of engagements in the spring and summer of AD 1210. The result was a disaster. Outmaneuvered and out-captained, Albert almost paid for his bravery and leadership with his life. Sadly, their son paid that price instead. Gerhard fell to a Cuman arrow, his great promise spent along with his life’s blood. He was just 19 years of age.

Over the following years, Livia was forced to watch her husband decline into melancholy and alcoholism, while the Teutonic Order seized overlordship of the burgraviate at the behest of King András II. Albert’s health declined considerably, and while Sofie still stood to inherit the castle on the Kapellenburg by virtue of her marriage, it was doubtful that Captain Sir Adolphus would enjoy any more authority then than Albert. Transformed into the new political entity of the Burzenland, with all decisions ultimately falling to the brother commander in charge of the bailiwick, it would seem that the position of the military governorship was no longer strictly required. Livia’s painstakingly constructed alliances now stood all but null and void, and the power she had gathered over the decades appeared to be spent.

Even so, Ulrich von Wettin (then in his guise as Heinrich the Hound) and Helena Korosi both made overtures to the family in general, and the burgravine in particular. She displayed interest in the gold deposits in the hills above Etteldorf, indicating that she would be willing to invest in a mine there. While her power was much reduced, the lady was still wealthy and possessed of considerable political acumen. Moreover, the power of her father, Count Iancu, was still undiminished.

The Cuman War was successfully concluded early in the winter of 1214, and over the following years of relative peace and rebuilding, the burgravine threw herself into the gold mine and a number of projects designed to bolster the flagging fortunes of the Rutans. Each effort has enjoyed modest success, and she continues to look for ways to circumvent the stranglehold of authority that the Teutons possess over her adopted home. 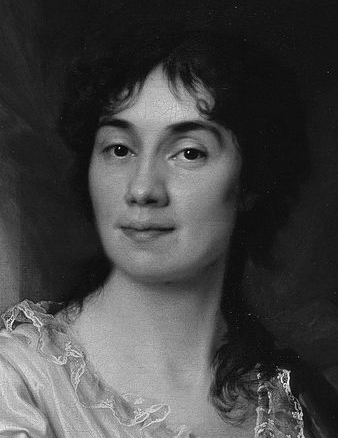