An ancilla of the Giovanni Cappadocians, this mechant represents his family's interests in the Queen of Cities. He once enslaved George Davras, and for his crimes he has earned the undying enmity of he and his wife, Iulia.

An aging merchant of Venice, dressed in black and yellow silks of fine cut. There is plenty of salt and pepper in his long hair and full beard, and his skin is waxen, lending him a washed out look. His blue eyes are habitually hooded, as if he were bored or tired. He is armed with a dagger.

Carmine represents everything about the Giovanni that makes the rest of the Cappadocians uneasy and the rest of the High Clans dismissive. He is greedy and callous in his mercantile ventures, cavalier in his treatment of the spiriti, and far more interested in his own short-term mercenary goals than in plumbing the mysteries of the Great Riddle. In short, he is money-grubbing, self-serving slaver and mercenary of fortune.

As the overseer of Giovanni interests on the Black Sea for many years, Carmine has long had an interest in the art, culture and (most importantly) riches of the failing Byzantine empire. After his arrival in AD 1162, he managed the far-flung family factors from his bases at Varna and Constanta. Prior to the arrival of Markus Musa Giovanni, Carmine also maintained several sidelines in Constantinople too. These were strictly small-scale independent ventures, however, and Carmine did not officially represent the family or clan there in any way.

For a time, Carmine enslaved the spirit of George Davras, husband to the Lasombra Iulia. Neither George nor Iulia gave much detail regarding this period of internment, save to say that Carmine subjected the spiritu to terrible tortures in order to force him to betray certain confidences from his mortal life. George was eventually rescued from Carmine by a number of spiritu allies, but he and Iulia avoided all Giovanni as a consequence.

The coterie met this villain at the conclusion of the Cainite Council of the 4th Crusade. Due to his prior experience managing the family interest in the earlier crusades, Carmine had been granted oversight of the Giovanni ships in the flotilla of the of the ill-starred Baron’s Crusade. He worked the family’s pilgrim and slave lines in the past, and his knowledge of ports and safe harbours in the east is comprehensive.

Throughout the course of the crusade, he allied with Salvatore Varagine, his counterpart among the Venetian Lasombra, in order to better facilitate a successful outcome to the venture. Backed by the Lasombra mystic, remigio, and the Tzimisce trader, Content Not Found: ando, they formed a highly skilled coterie known as the Serene Brotherhood. Aside from their manipulation of a rather foolish and greedy rush at the walls that precipitated the need for a siege at Zara, they showed their quality to the crusade, and their opinion was sought by Duke Guy on logistical matters. Carmine very much played the able second to Salvatore but few in the Concord doubted that the Serene Brotherhood would be so formidable without the intelligence provided by Carmine’s spiriti slaves.

During the Great Sack of 1204, the Serene Brotherhood made a point of targeting the Obertus Monastery of St. John Studius. Perhaps they felt that the library would be easily sacked, or that the pacifistic Gesudians would be easy hunting. Under cover of an attack by mortal crusaders, they made their play, only to find that the Tremere were already there. Carmine smartly managed to forge a brief alliance with Abetorius and his people, rather than risk a fight over the spoils, and the two coteries worked together to steal a few treasures before the conflagration could take everything. After all, the Warlocks were there hunting knowledge, while the Serene Brotherhood were more interested in blood.

They managed to infiltrate the lowest depths of the cellars and crypts during their attack, and a number of the Gesudians fell to their fangs. Finally, they realised their prize: The Saint of the Divinity Within was discovered, preparing for the flames to take him. The Serene Brotherhood came for him first, only to find that the Divinity Within was more than just a spiritual concept — it was a physical manifestation bent on preventing the destruction of its “holy host.” One by one, the Brotherhood fell trying to take Gesu’s heart’s blood, and by the time that the Concord came upon the tableux, Carmine had decided to flee. His nose and jaw smashed by a powerful tentacle that had torn itself free from Gesu’s back, the Giovanni fled in the opposite direction from the newcomers mere moments after the ceiling of the vault started to collapse.

The Concord were unable to pursue the villainous Cappadocian and settle old accounts on behalf of George and Iulia, He survived the remainder of the Great Sack, and has made a name for himself over the balance of years as the premiere agent of his family in the city. In this he replaced his kinsman, Markus Musa Giovanni, who has taken to travelling in the company of Malachite and others. Carmine is a member of Alfonzo’s court, although his welcome is precarious on account of the difficult relationship between the prince and his kin in Venice. He has also maintained the Serene Brotherhood, taking on new members to replace most of his old compatriots.

Lineage: Childe of Marianna of Zara (d), Childe of Danko Stara (the old), Childe of Ariadne; further lineage is unknown, but he is believed to have originally been no stronger than the 11th generation, and of the line of Japheth. The Concord knows that during the 4th Crusade, Carmine committed diablerie no fewer than 3 times, and perhaps considerably more. The true strength of his blood may be considerably more potent these nights. 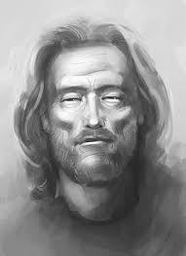