Something of an urban myth, this one-eyed bandit long haunted the roads and hills surrounding Hermannstadt. One of the few survivors of the Hell Hounds, he is now at large.

An old, grizzled, one-eyed woodsman whose corded muscles, broad shoulders and quick step are entirely out of place on a man of 60 years. A horrid scar stretches from underneath his eye patch, across his broken nose and onto his right cheek. His long silver hair is worn braided to keep it out of his one good eye, and he sports a full beard. Covered in leathers and black wolf furs, he carries a spear as his primary weapon and keeps a short, seax-like weapon and a long hunting knife sheathed at his belt. The predatory glint in his brown eye, the pale hue of his skin, and the sharp bone claws at the tips of his fingers give the woodsman’s supernatural condition away.

Known to the Concord and the Brood of Hermannstadt as Marelle’s progeny and likely successor to Ghenadie if anything should befall her beta, the Tzimisce Corneliu found his niche in her bands of Hell Hounds by virtue of his expert woodslore, skill in battle, and flair for terrorising the inhabitants of the margraviate. As such, he was on par in prestige to Flavia of the Cloven Peak and Mitica of the Twisted Oak, and he could expect his orders to be obeyed by nearly all of the twenty-odd Cainites beholden to the Sculptor of Wolves. The one-eyed warrior, skilled also in the leadership of men in battle, was effectively also Marelle’s Warmaster, and he maintained a band of thirty or forty bandits adept at bedevilling the traders of Hermannstadt. Much of the wealth taken by the Sculptor and her Hell Hounds over the years was a direct result of Corneliu’s plans, and it is likely that he is one of the few among her band that knows where her hoard of treasure was kept.

Corneliu’s reputation among the burgers of Hermannstadt was infamous, a result of decades of raids upon the outlying farms and travelling caravans that used the roads of the margraviate. Indeed, his notoriety was well-earned, gained as it was through some thirty years of antics before his Embrace, and continued with relish for almost thirty more after. He often used the rhetoric of the freedom fighter in his attacks, claiming that the land of Transylvania was stolen from he and his fellow Vlachs by the Magyar, the Szekler, and the Saxon, and that he was merely collecting rent! Never, however, was the wealth he took redistributed to any of the few Vlachs that lived on the borders of Saxon land. For all his boisterous words, Corneliu was nothing more than a common bandit.

The circumstances behind his Embrace are as much a part of his legend as the tales of his depredations. Caught in an ambush in AD 1187, the Vlach bandit lord refused to throw down arms and, hoping to break loose of the trap, led his men in a valiant counter-attack on the city guard of Hermannstadt. Although successful, Corneliu was struck down by an axe to the head, a vicious blow that took his eye and clove his face into ruin. The mortally wounded Vlach was carried from the field by his few remaining loyal men, and his death was seen as a matter of course to the Saxons who failed to close the net around them. It would seem that instead, Corneliu’s raids had earned the favour of Marelle, who had only recently arrived in the area, and she took the dying Vlach for her own. Months later, the bandit lord reappeared, derisively dismissing the manhood and skill of Hermannstadt’s defenders, and claiming that he would haunt the people of the margraviate forever.

In this, the merry bandit did not disappoint. Although not the most savage, nor the most… imaginative, of Marelle’s servants, the psychological impact of Corneliu’s raids did much to destroy the morale and prosperity of the burgers over the coming decades. Indeed, few of the Hell Hounds were so effective.

When Svenin the Tall first appeared at the Black Cave, he and Corneliu appeared to share a moment of recognition, as if encountering a kindred soul. In the celebrations to come, they would grapple for the entertainment of the other Hell Hounds and their guests, and while Corneliu lost the contest against the older Cainite, Svenin recognised the ability of the Tzimisce. Nonetheless, their interactions were few in the coming month, as the viking visited the Black Cave supposedly in preparation for a Trial by War against Marusca and her Brood. In fact, Svenin was merely setting the Hell Hounds up for betrayal, as the Concord had reached a separate accommodation with the Nosferatu of Hermannstadt. Over this time, it became clear to the Gangrel that Corneliu was far more charismatic than Ghenadie, his older consanguineous brother, and that there was something of a rivalry between them. Moreover, through discussion with Svenin, it was obvious that his understanding of warfare was limited to ambuscade and small numbers. A bandit lord indeed, but not truly a captain.

Over that month, the wolves near the city began to sicken and die, then the ghoul hell hounds that served their Cainite namesakes. Then the Twisted Oak was destroyed by a werewolf attack, and the Sculptor of Wolves called her followers to her in expectation of a fight. Battle was soon joined, and Corneliu led the Hell Hounds in a ferocious assault on the Brood. Together with Cerberous, a giant, two-headed hell hound ghoul, he ravaged the centre of their Nosferatu enemies. It was then that he spied the Concord preparing to join the fray. The bandit lord took it upon himself to strike first, muscling past the Nosferatu to engage the “soft targets” of Maria of the Toreador and Brother Adalbert of the Ventrue. He was mistaken. The two Cainites of the Concord spitted him with alternating uses of their Dread Gaze power, overcoming the Fiend with their Presence. Panicked beyond reason, Corneliu soon fled. He was the first, but certainly not the last, of several Hell Hounds to quit the bloody fight in this manner.

By the time a hunt could be organised to finish off Corneliu in the coming nights, the bandit and his men had already fled the margraviate. Their cave, in the thickly wooded hills north of the city, was empty, their tracks leading north and west towards the Apuseni mountains. Doubtless, he took much of Marelle’s hidden hoard with him. Perhaps he will seek to set up elsewhere and continue his nefarious deeds in the manner to which he is accustomed, or conceivably, he may spend his silver buying service to another powerful Tzimisce. In any case, one of the driving forces behind the Hell Hounds yet survives, and has likely sworn vengeance on the Concord.

Although Corneliu vanished, his violent destruction of life and property and cheery theft of goods continue to inspire something of a “bogeyman” myth among the Hermannstadters. Even now, they frighten their children into behaving lest the “one-eyed devil bandit Cornelius come at midnight, to drag them away to the Black Cave.” Albeit in a less deadly fashion, Corneliu might just plague the Saxons for generations to come… 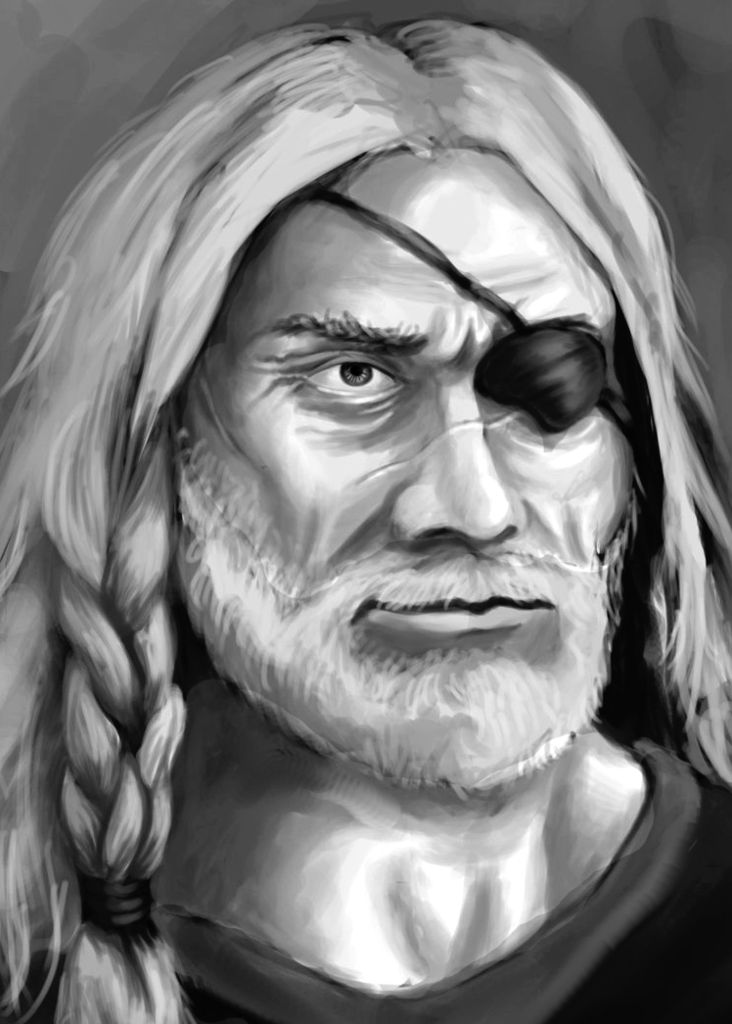