A neonate of the Clan of the Rose who resides in the Amalfitan Quarter. Originally considered to be a Cainite of little account or worth, she allied with Alessa di Positano to change her stars. Now, she is seen as a young, ambitious vampire to watch.

A pale, pretty woman of mixed Italian and Greek stock, clad in a fine damask gown interwoven with semi-precious gems and cloth of gold. She is unusually tall and statuesque of figure, though her fingers, bedecked in silver and gold rings, are long and slender. Her black hair is worn loose about her shoulders, and her dark eyes have a playful, challenging air.

Cosima is a noted curiosity stalking the streets of the Amalfitan Quarter. A head taller than most of the night-time merchants, cut-purses, prostitutes and carousers, she is easily spotted in the throng, strutting proudly among them attended by a single bodyguard. She sees herself as a stylish predator- elite, sensual and beautiful. The mortals of the quarter pick up on her lack of fear, and are drawn to her like moths to the flame. The Toreador hunts with impunity, heedless of the potential danger that some of these ruthless mortals represent. She relishes the spice of every encounter, is intoxicated by every hunt. Still relatively young by the standards of her kind, Cosima recklessly strives to wring the most life out of her existence.

A native of the western provinces, cursed with weak blood and no political connections, Cosima moved to the capital to try her luck in the mid-1190’s. She could not get an audience with the reclusive Muse of Sculpture, Paul Bathalos, and her wanton nature and indifferent skills as a sculptress failed to impress Petronius, the Michaelite Arbiter, enough for him to intercede with his colleague on her behalf. With no other other options, Cosima took shelter in the Amalfitan Quarter and has remained there ever since. After several years of trying to earn the approval of the lesser Michaelites through daring and carousing, she conceived of a desire to establish herself.

The Latin Quarter teemed with those who seek to trade the glorious past for a comfortable future, or just some consolation from their misery. Byzantine aristocrats, bureaucrats, merchants and artisans fallen on hard times, as well as the thieves, swindlers and pimps who preyed upon them. The despondent visitors were willing to sell off heirlooms, antique furniture and precious artworks for enough hyperporons to find some comfort, buy some security or perhaps even relocate to safer climes. Cosima was just one of many that sought to accommodate them, and in the wake of the Great Sack, she prospers further by plying her trade among the already failing aristocrats of the new Latin empire. She buys antiques, icons and other objets d’art at a veritable steal (literally in the case of burglars and looters) and then arranges to ship them to her sire in Durazzo or other contacts in Negroponte, Iraklion and, of course, the Amalfitan Coast.

She fell in with Ambrose of Portsmouth when he transported some of her cargo. The two appear to be the best of friends, although some gossip that the relationship is far more intimate. When the Gangrel joined forces with Alessa di Positano and Jean de Marseille, Cosima naturally tagged along. She was once considered the least valuable of the coterie. However, her capacity to grow her wealth steadily through her connections with the failed old money and the ailing new money of Byzantium soon increased her value to her fellows.

Cosima weathered the storm of the Great Sack quite well, as much of her wealth had been converted to jewellery and gems that she was able to hide upon the Sea Lion along with her person. As Ambrose and his crew were seen as allies by the crusaders, both she and much of her fortune survived. In the wake of the disaster, she was able to translate that wealth into purchasing looted artefacts and heirlooms at drastically reduced prices, then warehousing and selling them on for generous profits in due course.

This was only the start of her good fortune, and she has steadily become more of a player not just in the Amalfitan Quarter, but throughout the Latin Quarter in general and even beyond. Over the many years since the sack, careful investments on her part have seen Cosima rise to levels of wealth that now rival that of Alessa herself.

Lotario struck up an association with Cosima in the guise of the young, weak-blooded fence known as “Marius”. Their activities were initially confined to carousing rather than business, but as his taste for more pragmatic transactions has grown, so has their association. For many years now, he has brought Cosima juicy tidbits of information concerning promising leads for her acquisitions, and in return she pays him a percentage on those items that he brings her way.

Lineage: Childe of Enuncio of Durazzo, Childe of Fantino (d), Childe of Benjamin ben David; further lineage is unknown, although she believes she is a known descendant of the Michaelite Toreador. Cosima places herself in the 11th generation. 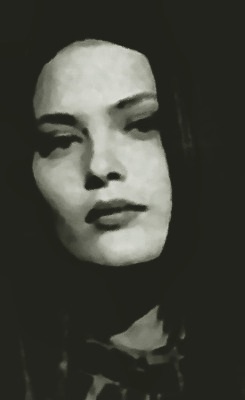