A pilgrim on the 3rd and 4th Crusades and a count of north-western France, this old campaigner was renowned for the strength of his arm, his fiery temper, and his loyalty to his king. He died of complications associated with gout in 1205.

When encountered by the Concord at Venice, this Frankish knight was more than 60 years old; still tall, proud and quite clearly very powerful despite his advanced years. He wore his mail and bore his weapons with the ease of a man many years his junior, and while he moved with some stiffness to his gait, the old knight looked like he could still hold his own in battle better than others half his age. His hair and beard were stark white, and his dark brown eyes glittered beneath bushy brows. In addition to his sword and dagger, the old warrior customarily armed himself with a battle axe. A rich surcoat of white silk bearing his coat of arms was a source of considerable pride to him. 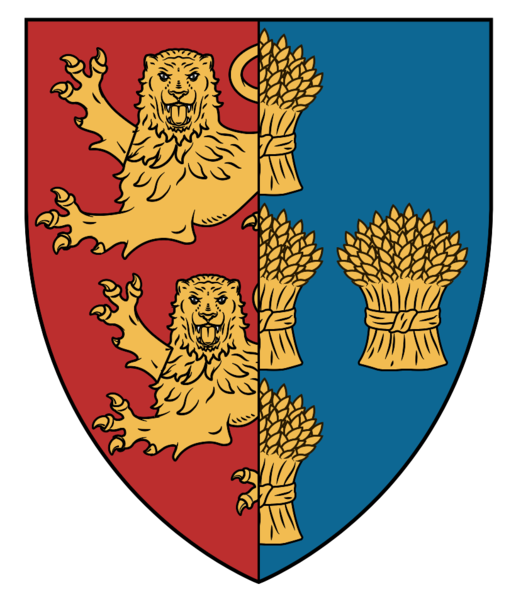 The Coat of Arms of Hugh Candavène IV, Count of Saint Pol

Count Hugh de Saint-Pol of the House of Candavène was one of the highest ranking nobles to have undertaken the 4th Crusade; only Boniface of Montferrat, Baldwin of Flanders and Hainault and Louis of Blois (in that order) technically outranked him. As a prominent direct vassal and friend of Philip II, he was also one of the highest ranking and wealthiest nobles of France, giving him considerable influence over his fellows. Finally his late wife, Yolande, was Baldwin’s aunt, and the friendship of the two nobles was thus vitally important to the king’s hopes of tying the counties of Flanders and Hainault more firmly to the destiny of the Kingdom of France.

Being well over sixty and troubled by gout, Hugh was considerably older than the rest of the counts and barons that comprised the leadership of the crusade. As such, he brought much needed common sense and experience with warfare and crusading to the council. Indeed, some found his attendance on the crusade to be more than a little noteworthy given both his advanced age and the relative youth of his contemporaries. Some said that he chose to take the cross because he was inspired by the great displays of piety shown by the young counts at Ecry; others that he merely craved one last stab at pious glory before death took him.

Count Hugh took the 3rd Crusade also, and earned great distinction for his prowess and bravery at Acre, gaining the personal approbation of no less than both Richard the Lionheart and Philip II. The ultimate failure of that crusade to reclaim the Kingdom of Jerusalem in full clearly seemed to rankle the old knight, and he certainly did not lack the courage of his religious convictions. Perhaps his cynical detractors and high-minded supporters were both right concerning his motivations for joining the 4th Crusade.

He tended to be the voice of caution, thriftiness and moderation in council, but his anger was easily aroused when his age and experience were not respected. He clearly appeared to dislike the apparent immaturity of the younger counts, some of whom were known to goad him for his conservative manner. His irascibility only grew worse with the added burden of grief, for word reached Count Hugh that his wife, Yolande, had passed away while he was languishing uselessly on the Lido of Venice. Throughout the leadership squabbles that frequently erupted among the barons’ council, he tended to err on the side of his passionate kinsman, Baldwin. Like the rest of the nobles that took the crusade, Hugh all but reduced himself to penury to see it succeed. Several times he was even forced to pawn his beloved surcoat (a gift from the Lionheart of which he was inordinately proud) merely to feed himself and his retainers.

During their investigations throughout 1203, Prince Iulia, Brother Adalbert, and Marius de Şimand discovered the information that Count Hugh secretly met with the brothers of the Order of the Sable Rose on no fewer than 5 occasions. They formed the opinion that he was a secret ghoul, which explained both his uncommon strength for his age and his propensity for explosive fits of temper.

The old campaigner served with distinction during the battles of 1203 and the siege of 1204, and in the wake of the Great Sack, he elected to remain in the newly established Latin Empire to do what he could to stabilise it. In return for his dedication, Emperor Baldwin rewarded Hugh with the lordship of Didymoteicho and made him Constable of the Latin Empire. The latter office, however, was largely hollow, for Baldwin led his own armies in the east, and he was forced to concede the leadership of the armies in the west to King Boniface by the end of 1204.

In any case, by this time Count Hugh’s gout had worsened to the point of near-incapacitation. Evidently abandoned by his secret sponsors among the Order of the Sable Rose, he was troubled by a weak heart, agonisingly swollen joints, and bouts of enervation and dizziness, forcing him to remain in the capital while his younger fellows fought the good fight. His condition rapidly worsened, and the ailing Hugh died suddenly in February of 1205. Given a lavish funeral by the new Latin imperial regime, his body was then sent home to Flanders and interred in the Cistercian Abbey of Cercamp, which his family had established.

Scarcely 2 months later, Emperor Baldwin was defeated and captured at the Battle of Adrianople. He would later in the year be executed by Tsar Kaloyan.

Count Hugh de Saint-Pol was survived by his daughters, Elizabeth and Eustache. He had no male heirs and so the line of Candavène perished with them. Elizabeth would go on to marry Gaucher III, Seigneur de Châtillon-sur-Marne, bringing the county of Saint-Pol with her into the House of Châtillon. 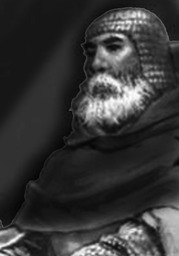