The venerable and revered blind Doge of Venice. Enrico Dandolo is one of the wealthiest men in the world, and certainly among the most influential. He is a key driver in the Fourth Crusade...

An ancient, withered man whose frame clearly supported an impressive musculature in his youth. His eyes are obviously without sight, but lack the milky cataracts common among the blind. He is garbed in fine silks of red and white, trimmed with cloth of gold. The old man does not appear to be armed, although he leans heavily on a silver-chased walking stick with the head of a griffon.

The Coats of Arms of the House of Dandolo and the flag of the Serene Republic of Venice. The Doge often flies the flag of his family directly below that of his city. Enrico Dandolo, the Doge of Venice, together with Boniface of Montferrat and Baldwin of Flanders, lies at the core of the movement for the Fourth Crusade. He is one of the wealthiest and most influential men not just in Europe, but throughout the ports of the entire Mediterranean and its adjoining seas. Despite his extremely advanced age (he is over 90 years old) and blindness, his rule of Venice has propelled La Serrinisima into the role of the most powerful city in the known world. While he is famed most of all for his extraordinary shrewdness in matters of trade and his political acumen, he also enjoys a reputation for extreme benevolence and generosity.

Dandolo is from a socially and politically prominent Venetian family. His father Vitale was a close advisor of Doge Vitale II Michiel, while an uncle, also named Enrico Dandolo, was patriarch of Grado, the highest-ranking churchman in Venice. Both these men lived to be quite old, and the younger Enrico was overshadowed until he was in his sixties.

Enrico’s first important political roles were during the crisis years of 1171 and 1172. In March 1171 the Byzantine government had seized the goods of thousands of Venetians living in the empire, and then imprisoned them all. Popular demand forced the doge to gather a retaliatory expedition, which however fell apart when struck by the plague early in 1172. Dandolo had accompanied the disastrous expedition against Constantinople led by Doge Vitale Michiel during 1171-1172. Rumour in the camps of the crusade has it that at the conclusion of the campaign, the prisoner Enrico Dandolo was blinded at the order of Emperor Manuel Comnenus, who commanded that “his eyes were to be blinded with glass; so that his eyes were uninjured, but he would see nothing”.

Upon returning to Venice, Michiel was killed by an irate mob, but Dandolo escaped blame and was appointed as an ambassador to Constantinople in the following year, as Venice sought unsuccessfully to arrive at a diplomatic settlement of its disputes with Byzantium. Renewed negotiations begun twelve years later finally led to a treaty in 1186, but the earlier episodes seem to have created in Enrico Dandolo a deep and abiding suspicion for the integrity and honesty of Byzantines.

During the following years Dandolo twice went as ambassador to King William II of Sicily, and then in 1183 returned to Constantinople to negotiate the restoration of the Venetian quarter in the city. His success in this venture made him extremely popular at home.

On 1 June 1192, Dandolo became the forty-second Doge of Venice. Already old and blind, but deeply ambitious, he displayed tremendous mental and (for his age) physical strength. There is speculation among the Cainites attached to Fourth Cainite Crusade that Enrico Dandolo is, or at some point was, the ghoul of Prince Narses of Venice but this has never been proven. Indeed it is thought that the Archbishop of Nod has always spurned direct control of the position of Doge in favour of more subtle controls over the entire Great and Minor Councils as well as the clergy of Venice. Whatever the case, Salvatore di Varragine and his cohorts are in the habit of adopting the position of smug silence over explication or exposition regarding the matter of Narsene Lasombra methods.

In March of 1201 CE, at the behest of the Great Council Dodge Enrico took charge of the negotiations between La Serrenisima and the 6 delegates of the Fourth Crusade led by the Marshal of Champagne. Dandolo gained favourable terms in the negotiations, promising that Venice would concentrate its entire efforts for the following year to build a fleet large enough to transport the ambitious number of 4500 knights (as well as 4500 horses), 9000 squires, and 20000 foot-soldiers. This would require more than 10 000 Venetians to be trained to man up to 200 ships, which would be divided between transports and galley escorts.

Dandolo and his city laboured for a year to do their part, leveraging the city heavily to provide for the crusade. He was initially merciless when the crusade failed to live up to their part of the bargain, and less than half of the promised numbers actually showed up. After all, it was not the fault of Venice if numerous nobles and troops decided to seek their own ports and land routes rather than show solidarity with the leadership. To Dandolo’s (and Venice’s) mind, that was simply poor leadership on the part of those who purported to be in command of the crusade. After much tense negotiation, Dandolo relented and took the cross himself, as did the thousands of Venetian sailors and marines who were inspired by the example of the old, blind man. In return for their good faith however, the crusade would have to work to resolve a few… political issues that troubled Venice so that repayment could be honourably delayed.

The first of these issues was Zara, which got the entire crusade excommunicated (however briefly) by Pope Innocent. While the Frankish pilgrims were eventually forgiven, Dandolo and the Venetians have not. The ejection of the Genoese privateers from Corfu is the second matter of interest to Venice, as the piracy of the southern Adriatic was causing considerable difficulty to their traders. Finally, Dandolo negotiated that one-quarter and one-eighth of all conquered territory and plunder would be allocated for the use of the Republic and her citizens. The counts were forced to agree to his terms, for without these concessions, the Fourth Crusade would have ended to the ruination of nearly all parties.

So far, the counts have lived up to their end of the deal, but there is considerable tension between the soldiery and the sailors. Several riots broke out in the wake of the conquest of Zara, and several thousand troops have deserted the crusade altogether both in Dalmatia and at Corfu. Through it all, the venerable Doge has been the voice of calm, calling upon all to remember their oaths and look to the future of the campaign in Egypt.

Even so, Enrico appears to support the hopes of young Alexius Angelus, the exiled prince of Byzantium; that the crusade should be diverted once more to Constantinople so that he and his father, Isaac, might be restored to power. The promises of the prince have excited (and divided) the camp further, but Dandolo has said that their cause is just, and the payment that Alexius offers would more than satisfy the financial commitments of the Republic. He has publicly committed to the diversion, and his words carries very great weight indeed with his people… 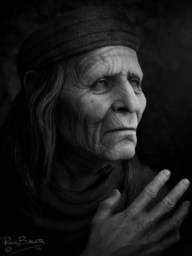