This Carthaginian elder was the Brujah warlord of the Banat, where he warred incessantly against the Arpad Ventrue and elements of the Tzimisce Voivodate. His demesnes have been conquered and broken up since he disappeared.

A grim, strikingly handsome warrior with an impressive physique. He has pale olive skin, soulful dark eyes, a high forehead, short back hair and a few days growth of beard. An ancient short sword is belted at his waist and he wears battered leather armour.

Few can claim to have so consistently stymied the Ventrue advance to domination of the Cainite clans as the Carthaginian warrior now known as Dominic. At the time of his Embrace at the end of the 3rd Punic War he was a general known as Danel Druca, a famed warrior in charge of one of the pitiful armies that the reduced Carthaginian state raised to defend themselves from the invading Roman legions. General Druca was also a ghoul of the Brujah methuselah Samal, and had served Carthage in the 1st and 2nd Punic Wars as well. He remembers fighting with Hannibal (and was present during that worthy’s Embrace at the fangs of Troile himself), and was one of the generals that aided Hasdrubal in Hispania. More than that, he remembers what the Romans and their Ventrue, Lasombra, and Malkavian masters did to his people when they finally broke through the city’s defenses. Finally, there are very few Cainites left who can claim to have met the antediluvian Troile, or can claim to have seen his might on the field of battle.

Little is known of what happened to the Carthaginian in the intervening years but at the start of the fifth century AD he emerged again. Under the name Dominic, he arose in North Africa and declared war on the faltering Cainites of Rome. For more than six centuries he has used his mercenary bands to wage war after war, not just to see the Roman Empire fall but later to see it’s legacy destroyed just as his beloved Carthage was destroyed. A master of military exploitation, Dominic cut a bloody swathe through the ranks of the Roman Ventrue elders that remained, setting the strong against the weak and elevating the weak to wealth and power through military conquest and at the expense of the Ventrue.

For a while after Rome was finally brought down he turned his wrath on the Dream of Constantinople, believing it to be the locus of power remaining to the Ventrue. In this case he was denied, for he was soon won over by the supernal charm and vision of Michael the Patriarch. The Archangel convinced him that although Constantinople might be called a New Rome, it was a city in tune with honouring the best of Carthage’s legacy, just as it rejected the worst of the sins of Ancient Rome. The fact that the Ventrue Methuselah Antonius had already fallen in AD 796 further mollified the Zealot warlord and he allied himself with the Cainites of Byzantium. After helping to reorganise their armies under Michael III, he turned his attention away from the Dream with Michael’s blessing.

Dominic looked west, at first to the emerging Italian city-states but soon further north and west to the so-called Holy Roman Empire. The Trinity of Constantinople supported him in his attacks, seeing an opportunity to stabilise their own borders while simultaneously weakening those of their enemies. One such enemy, the Ventrue methuselah Heinrich von Volstag (a sometime rival of the late Antonius) rose to meet Dominic. For much of the 10th century, these two masters of Auspex and military strategy used their mortal cats paws to make a bloody ruin of the Pannonian basin and the borders of the Holy Roman Empire.

Dominic’s pawns in this enterprise were the new Magyar threat, and he chose a particularly capable and canny captain as his ghoul and primary agent amongst the horde. Bulcsú, known as the “Man of Blood” for his sanguine appetites, was cousin to the mighty Grand Prince Árpád, and sat high in the councils of his people. Dominic taught the Magyar war chief much, and invested his full trust in the ghoul as Samal had once done to him, promising the Embrace when their final victory was complete.

Unknown to Dominic, however, the Man of Blood had different ideas. He had somehow miraculously shrugged off the blood bond to his ancient lord and had been seduced by Heinrich von Volstag. The Ventrue had appeared in his dreams and promised him untold power, riches and the Embrace of the Clan of Kings if he betrayed Dominic. Bulcsú moved against Dominic on the eve of the Battle of Lechfeld in AD 955, staking the Brujah elder before he could rise for the evening and savaging his body to drain it of vitae. If Dominic had been foolish enough to tell the ghoul everything about the Cainite condition, his existence would have ended with the dawn. Instead, fortune and loyalty from other quarters saved him, as some of his Brujah allies rescued him and spirited his torpid body away from the camp. Bulcsú went on to receive the Embrace of Heinrich von Volstag and ever since the Árpád Ventrue have worked to extend the power of the Clan of Kings eastward.

Dominic arose from his torpor after the turn of the 12th century to find Pannonia (now known as the Kingdom of Hungary) hopelessly hostile. He elected to start again in the troubled lands of the Balkans, where the Hungarians have established several battle-ready Banates to keep their borders secure. He selectively destroyed Árpád prince after prince in the south of Bulcsú’s kingdom, and many younger Brujah rushed to his banner in hopes of sharing his success and basking in the glory of a true Carthaginian. Although he shied away from wasting his forces on large scale battles, Dominic is a master of unconventional combat and defeated forces many times his own. Both Prometheans and Furores also rallied to him, seeing Dominic as what a Brujah elder should be rather than the calcified scholars that talk and talk, yet do nothing.

By the 1170s, the warlord had driven both Ventrue and Tzimisce from the county of Csanád and most of the lands between the Maros (Mureș to the Vlachs) in the north to the Danube in the south, and from the Tisza (Tisa) in the west to the Apuseni and Carpathian foothills in the east. So skilled was he in the arts of warcraft, and so able and loyal were his followers that by the 1190s Dominic was on the verge of establishing a new Brujah utopia. He established his strongholds in the settlement of Temesvár (Timișoara) and was thought to be looking to expand his conquest to the next level by seeking truce or perhaps even an alliance with the Voivodate against the Árpáds. His agents moved as far abroad as Prague and Veliko Tǎrnovo, seeking either alliance of kindred souls or opportunity to subborn hostile princes.

The coterie travelled through Timișoara on their way to Transylvania. There they saw the Brujah living openly among the mortals, working hand in hand for mutual advantage. Cosmas, an aide to Dominic and an elder in his own right, met with them and granted them safe passage through the region. They also saw, but did not speak, to Lord Dominic as he and his men returned from a raid. They had varying opinions of him in addition to being suitably impressed. Content Not Found: Maude_ took Dominic’s demesne as validation about her doubts regarding the Silence of the Blood. Content Not Found: Sir-Conrad-de-Monreal_ was openly proud of seeing a successful Brujah domain, but had reservations in opposition to Content Not Found: Maude_. These same reservations were expressed by Content Not Found: Gunthar-ritter-von-Wolfgang_, who was nonetheless impressed with what he saw. Content Not Found: Veceslav saw only potential ally or enemy, and a dangerous one at that. Content Not Found: Iulia alone kept her opinion to herself, but watched the goings on with a shrewd eye.

Dominic disappeared late in AD 1198. The dynastic strife between King Emeric and Prince András had brought a great many Hungarian soldiers and Pecheneg mercenaries into the region, and their Árpád puppet-masters had cleverly directed them towards bellicose Brujah and Tzimisce controlled domains. Dominic’s forces bloodied the Árpád nose once more, yet even his tactical brilliance seemed short of the mammoth task before him. He left Timișoara to Marhuel and Cosmas, stating only that he was meeting with a potential new ally that could secure Brujah power in the the region for many years to come.

He did not return, and his lieutenants failed to fight off the Ventrue attacks that fell upon them over the following months. Marhuel is said to have fallen defending Timișoara, and with the apparent loss of Cosmas in Prague soon after, the Brujah leadership of the cause in Hungary was effectively destroyed. After AD 1201, the entire territory once claimed by the legendary Carthaginian had fallen once more under the sway of either Bulcsú and his cronies or Vladimir Rustovich and his vassals. The remaining Brujah of the area either fled to safer climes or else fled to the mountains, where they live a hard scrabble existence and continue to fight on as best they can. Some have even sought employment fighting for the Tzimisce, reasoning that at least by fighting in company with the Dragons they can kill Ventrue.

Embrace: Middle of the 2nd century BC. 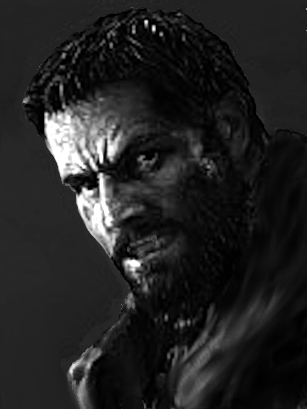