A mercurial elder of the Lexor Brujah, responsible for the civil administration of Districts four to seven. During the Great Sack, he was revealed as one of the Chosen of Calomena. Subdued by the Concord, he was handed over to his family for judgement.

An old Greek aristocrat with thick grey hair, a prominent nose and jowls that are accentuated by his constant frown. His brown eyes simmer with anger. He wears rich red and yellow robes, and plenty of jewelry.

(Expanded from the character as presented in Constantinople by Night, p. 89).

Over 1000 years old, until his final decades Dorotheus had a reputation for being prone to angry outbursts at those who failed to show him the proper respect due his age and exalted lineage. In the years prior to the Great Sack of 1204, his rage came and went, but the anger still simmered below the surface.

Like his brother-in-blood Theophilus, he travelled to Constantinople with Tribonius shortly before the fall of Rome to Odoacer. As a native of Ephesus but a loyal Roman citizen, Dorotheus was immediately taken with the possibilities of the Dream. He was present at the Second Council in AD 477, when the Lexor Brujah were given Scion status under the Antonian Ventrue, and like his brother-in-blood he worked for the Dream of Constantinople faithfully for more than 500 years.

The Embrace of Natalya Syvatoslav in AD 1002 was received with poor grace by Theophilus and Dorotheus, both of whom felt that it reflected poorly on their own contribution. Dorotheus was particularly vocal in his displeasure, stating that Natalya was clearly a move towards replacing them. Even so, they continued to serve their sire faithfully right up until the Latin Riots, and the resulting execution of Tribonius along with Antonian Domestic Prefect Epirus left both of his elder childer devastated. Afterwards, the ascendancy of their much younger sister-in-blood caused them both to all but retire from their duties, and for his part, Dorotheus saw it as a validation of his long-held suspicions about her.

Throughout the years to come, Dorotheus and Theophilus quickly degenerated without the stable influence of their departed sire. While the Ephesian vacillated between manically fishing for support both within and without the Lexor Brujah (ostensibly as the loyal opposition to Natalya) and long periods of inactivity and self-neglect. In his rare manic phases, he was heard to say that he does not see Natalya as a worthy successor to his beloved sire, and indeed he felt that only he could lead the Lexor Brujah to the greatness that they deserved. When his more frequent depression took hold Dorotheus spent many months at a time keeping to himself, and feeding sparingly while his childe Ian Musurus futilely attempted to keep his spheres of influence alive.

Sir Conrad mentioned that Dorotheus was not in favour of his membership of the Lexor Brujah, and made disparaging remarks at his expense among the family about swords and daggers having no place on the Senate floor. Dorotheus was present at the session where he gleefully voted in favour of the Lexor Brujah initiative to pursue Irene Stellas for culpability in allowing the Chosen of Calomena to hide in the Greek Districts. He seemed to be particularly interested in what the coterie knew of the Chosen, and where they might lair.

The cause of his interest became clear during the Great Sack. The Concord encountered the Chosen of Calomena while in transit to the Great Palace, picking their way between rampaging mortal crusaders in the eastern districts of the city. They found Dorotheus and Theophilus among the cultists, gleefully attacking all and sundry while lighting fires to bring on their prophesied reckoning. Sir Conrad was incensed by their betrayal, and had every intention of attacking his kin even if his coterie-mates had no interest in doing so.

He need not have worried. The Concord had old business with the Chosen of Calomena, and their senseless furthering of the destruction of the Queen of Cities was not to be allowed. The Concord had weathered trials in their few years. They were lean, hungry, and veterans of desperate struggles for their very existence. Few of the enemy could claim the same, and especially Dorotheus and Theophilus. Although the two elder Brujah had many centuries on their foes, they had spent their time on matters of courtly intrigue and bureaucratic drudgery, not combat. The Concord made short work of the Chosen of Calomena.

The two elder Brujah were beaten down into torpor, then staked. Sir Conrad took possession of their corpses and hid them, claiming that they must face trial at the hand of the remainder of the Lexor Brujah, even if they lay in torpor for decades or even centuries. Nothing further has been heard of Dorotheus the Ephesian in the years since.

Lineage: Dorotheus is of the 7th generation, and the progeny of Tribonius (d). His further lineage is not widely known, but some claim Tribonius to be the childe of Critias (d?), the noted Athenian Sophist and later diplomat for the Carthaginian Brujah. Critias has not been active in many centuries, and is believed to be destroyed. Critias was the childe of Menele (d?), whom legend holds is actually Menelaus, the Spartan king during the Trojan War, whose feud with his once-bride, Helena, would later lead to the destruction of Pompeii and Herculaneum. Menele was the childe of Troile (d?). 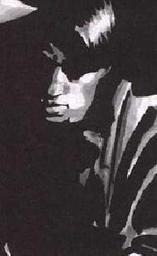