As Warden (sheriff) of Câmpulung, Doru is responsible for the security and good order of his sire's domain. Unusual for a Tzimisce, he seems to display respect and regard for the mortals in his care.

A powerful, dignified Vlach lord, grave of demeanour and possessed of a certain elan. Although in his middle years, his face showing the lines of worry and toil, the pale nobleman seems possessed of the grace of youth, and he looks more than capable of using the sword, dagger and spear that he habitually carries. His gambeson and fur-lined cloak, both dyed black, bear the device of a red crescent moon on a white field.

Doru was encountered by the Ashen Band upon their arrival at the castle of Câmpulung. He greeted them in the bailey of the castle, receiving the visiting Cainites with the formal, traditional Tzimisce greeting, then instructing the twin ghouls, Ionut and Marcu, to see to the comfort of the coterie’s retainers and horses. The more perceptive among the visitors noticed an obvious familial resemblance between the vampire and his servants, and perhaps also a warmth that is typically absent from such relationships among the Fiends. Over the coming nights, he would lead the essentia of negotiations on behalf of his disinterested sire, working to find the best and most equitable solution for both the agents of Jürgen von Verden and the Brood of Câmpulung.

The Ashen Band would find him honourable, serious and forthright; proud of holding the castle against several assaults by the stronger forces of Kordönül, but also ashamed and angry that he was unable to keep the enemy from putting the sizeable service village in the shadow of Castelul Câmpulung to the torch. He personally showed several of the visitors to their quarters in the labyrinth below the castle, seeing to their needs to the best of his ability. It was discovered that most of the villagers made it to the castle before the Cumans attacked the settlement, and that the tone of their gratitude to Doru indicated that they held his skills to be the cause of their survival. It was clear that a number of the noncombatants among the villagers were pale and wan, obviously depleted from serving as the herd for the Brood of Câmpulung for many desperate months, but there appeared to be no outward resentment of his presence among them. For his part, he greeted many of the villagers gravely but kindly, calling them by their first names and inquiring as to what extra comfort he could offer to those that had offered up their blood. His regard was both an odd and welcoming sight for those among the Ashen Band who were expecting rather different treatment of Tzimisce vassals.

Sága in particular was curious about the lordly Cainite, and she would learn a little of his origins and purpose while taking in the limited tour of the keep that the warden offered. Most importantly, Doru is the oldest surviving progeny of Kneza Raluca, and he is her clear successor if she were to meet her end. Secondly, his regard for the villagers stems from the fact that despite his transition to undeath, he still sees himself as one of them. Indeed, while he seems to be related to Lord Razvan and Veceslav Basarab, he was born in the village and grew to adulthood in the castle at Câmpulung. During the incarceration of his mistress in the court of Voivode Tabak Ruthven, he would serve first as a hunter and ranger, then as a guard officer, in the entourage of the Gangrel major-domo, Zugol. When she returned, frustrated by the lost prospect of bringing Veceslav across, Zugol unhesitatingly put Doru forward as a worthy replacement. After a number of years of testing and grooming him, Lady Raluca agreed, and Embraced him into the Clan Tzimisce.

A sterner (and more typical) Tzimisce sire would take Doru to task for his reluctance to embrace his Cainite nature fully. However, in this case, it would appear that Lady Raluca’s broken spirit has allowed a curious freedom for him to find his own feet. Rather than following the tyrannical aspect of the Road of Kings common to a great many of the voivozi and knezi of the East, his emphasis on feudal duty and honour would appear to place his ethics more in keeping with the best traditions of the road in the West. While the notion of chivalry was quaint and alien to him, Doru understood the responsibility he owed to those who were sworn to him, placing him firmly upon the via regalis rather than the via tyrannus. An unusual Tzimisce indeed, it would seem, but he did indicate to Sága that he was not alone among his clan… 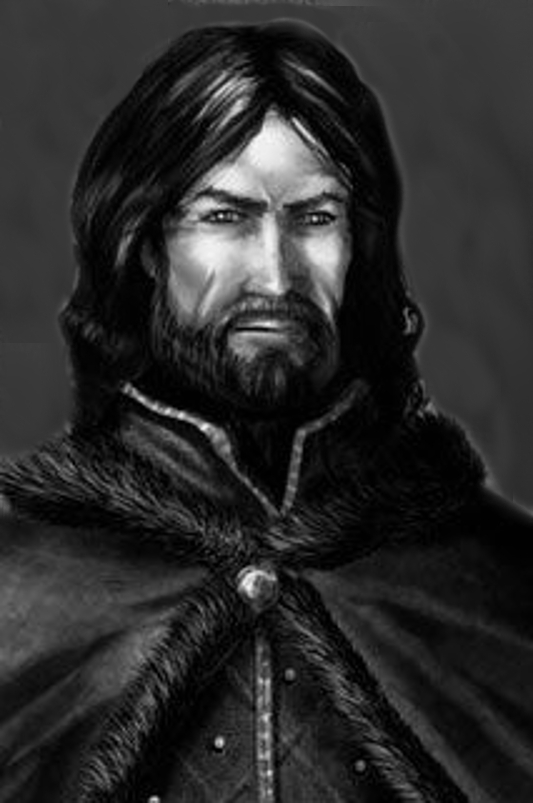