This mutable and mysterious Tzimisce was one of the founders of the Dream of Constantinople. He left the city centuries ago and has not been seen since.

The Dracon was prone to changing his appearance as the mood took him- often several times each night. Unlike most of his clan, it is said that he merely had to think of how he wished to appear, and his flesh would shift and meld to suit his whims. As such, no accurate likeness of his true form is thought to exist.

(modified from Constantinople by Night, p. 18)

Michael the Wanderer never learned the true origins of his most enigmatic and potent lover, the Tzimisce known as the Dracon. Some Cainite scholars claim him to be the first childe of the Tzimisce Antediluvian, making him many thousands of years old, while others believe him to be merely the most favoured of the Eldest’s progeny, and that his Becoming was much, much later. In any case, he was ever inscrutable in his ways and his attitude towards verity was quite mutable, so the truth of the tale of his Embrace might never be known. indeed, this methuselah expressed his clan’s philosophy of change like no other. Not content to transform only his body, he saw himself as an agent for metamorphosis throughout the world. Through the power of philosophy and passion, he initiated the rise and fall of kingdoms and beliefs.

Michael and the Dracon met during one of the Toreador Ancient’s journeys to the isle of Cyprus in the second century AD. They became enraptured with each another, as the Toreador’s passion and perfection were irresistible to the Dracon while in return, Michael recognised primal energy in the Tzimisce that would be needed to build his Dream and fill his heart.

The Dracon and Antonius the Gaul became partners in Michael’s Dream and love- an uneasy union at the best of times. The Obertus, who would come to be known as the Draconians, would settle into the monastic traditions of the empire, while the Antonians took charge of the secular life of the aristocracy, military, and bureaucracy. Immediately, the stage was set for a rivalry, and it was borne out in the tensions of the Triumverate. The Dracon’s inconstancy and ephemeral ambitions vexed the Ventrue, while Antonius’ logic and pragmatism cut at the Tzimisce’s heart. They lashed out at each other, often encouraged by Michael, for while the Archangel loved his companions dearly and saw the damage that it did, his vanity enjoyed the fact that he was the object of their contest.

The rivalry between the Antonius and the Dracon slowly gathered pace and intensity over three centuries, and eventually it caused the Dream to grow dysfunctional. Propagated by their feud, the first Iconoclast Controversy very nearly brought the empire to its knees as the Ventrue struck at the power of the monasteries, long at the heart of the Draconian influence-base, while in return the Tzimisce struck back by unleashing plagues, heresies, and other calamities upon the people of the empire.

The Patriarch made one last attempt to heal the breach, presenting his lovers with two nearly identical children that perfectly represented his idyllic love for the Dracon and Antonius. Gesu, only seven years of age, was possessed of a precocious intellect and a deeply spiritual inclination. Symeon, two years his brother’s junior, appeared to be proud, willful and driven by a deeply protective instinct for the more fragile Gesu. For the length of a mortal generation, the Dream once again knew peace, but it was not fated to last. The disastrous Becoming of Gesu in AD 701 heralded the end of the quietude, and the last of the halcyon days of the Triumverate.

The Dracon’s rage and subsequent hunt through Transylvania for the Tzimisce whom he felt were responsible has become fearful legend among the Carpathian Fiends. After two long years and the destruction of many of his kin, the Dracon finally tracked down his brother-in-blood, the Ancient known as Triglav the Three-Headed, and slew him after a titanic battle that literally shook the mountains. Only the intercession of one of the Dracon’s former students, the late Tzimisce sage Demenaus, convinced the Dracon to leave his vendetta there but even so, the Carpathian and Draconian Tzimisce carried on the feud and have warred intermittently for centuries.

When he returned to find that Gesu had Embraced Symeon, the struggle between the Dracon and Antonius escalated to devastating heights. The Gaul launched the Iconoclast Controversy anew, burning monasteries and smashing centuries of art, while the Dracon attempted to destroy all the secular gains that Antonius had struggled to obtain at war with the Bulgarians. It was only after the Ventrue was killed by his paramours’ sanction that the Tzimisce realised the vanity and futility of their dispute. He plunged into a deep depression and while he did not desert the city and the Dream until almost a century later, he turned the leadership of the Obertus over to Gesu and Symeon, then retired from Cainite affairs. He was almost never seen outside the Obertus Library of the Forgotten afterwards, and he finally departed Constantinople in AD 880.

The Dracon has not been seen for centuries, and recent quests to find him by Malachite and his allies as well as the Tzimisce Sergiu Lazar have proven to be fruitless thus far.

Lineage: Childe of the Eldest. 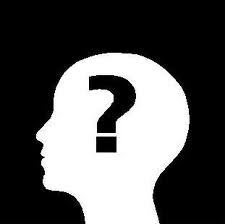