A fiercely beautiful woman said to hail from Ancient Sparta, this Toreador briefly relocated to Constantinople at the turn of the 13th century. She became Muse of Sculpture, but fled Constantinople for safer climes after the 4th Crusade conquered it.

A muscular, fair-complexioned Greek woman with fierce, striking features. Her strong, straight nose and high cheek bones lend her a natural nobility and an aching beauty. She has short, wavy black hair and her light brown eyes brim with confidence. Her skin, once ruddy, has taken on a pale hue. She is full figured, and moves with supernal grace and captivating poise. A light robe is worn off her shoulder in an archaic and immodest style, quite out of step with the Byzantine fashion; she wears simple jewellery and a bronze circlet graces her forehead.

In her less laconic moments, Eletria has said that she was Embraced in Roman allied Sparta, during the disastrous last consulship of Gaius Marius. Like many Cainites of her vintage, she says little about her mortal life, save that her people had little appreciation for her talents as a sculptor, musician and painter and that she was pleased to receive the freedom that becoming a Cainite entailed. She claims descent from the legendary ancient Helen of Troy, who was herself a childe of Arikel, the Toreador Antediluvian. Eletria was released after a formative education in the ways of the undead, and she has not laid eyes upon her sire since well before the birth of Christ. Indeed, she cannot say with any true certainty, but she believes that her ancient sire was destroyed when her palace at Pompeii was destroyed by the eruption of Mount Vesuvius in AD 79.

Eletria has wandered the known world for almost the entirety of her existence, never staying for more than a few years in any one city. She is in the habit of remaining in a place long enough only to catch the essence of it through her latest batch of masterpieces — be it through the medium of song, paint, sculpture, or all three. Indeed, she has a near unique facility to remember the layout of cities long since ruined or rebuilt, or the faces of people long deceased. Throughout the course of her wanderings over the centuries, Eletria has resided in Constantinople no less than five times; always under the protection of the Michaelite family and rarely for more than a year or two. She never accepted, or even really entertained, the standing invitation to join the Trinity family until it was too late to save it.

Late in AD 1201, the elder appeared in the city and formally requested an invitation with Petronius, self-appointed Arbiter of the Michaelites and family Quaesitor. With considerable pomp, she was received and accepted the long-standing invitation to join the first family of the Dream. By the middle of 1202, she had easily displaced the negligently administered guild power base of Paul Bathalos and his childe, Manuel, while simultaneously becoming the darling of the Trinity court in spite of her apparent distaste for their politics. Come the winter of the same year, she was named Muse of Sculpture by Petronius, with Bathalos failing to even formally protest.

Eletria was a key member of the Arbiter’s inner circle of reformed Michaelites. As her friendship with Petronius was never strong before her arrival in the city; some wonder how the Arbiter convinced the powerful elder to join his camp while others speculate that the shadowy Toreador elder Vashtai probably had something to do with it. Whatever the case, the two become fast allies once she relocated to the capital. She was also known to enjoy the company of the weak-blooded Gangrel elder, Lucien the Roman, who shares her vintage and is almost as well travelled as she. As far as she was concerned, the rest of the inner circle (Stephen, Komanos,and Athanasios) were instruments of their will, not true allies.

She could be found meeting with Petronius and his inner circle each week at the Arbiter’s villa, and the muse also attended the Antonian blood feasts at the Great Palace, more so as not to cause offence to her fellow elders than out of any true enthusiasm. Otherwise she happily remained at her own villa in Exokionion, working on the art for which other Cainites so justly gave her fame and status.

After the brief siege of June 1203, and the nominal victory of the 4th Crusade, Eletria made a number of overtures to the foreigners on behalf of the Reformed Michaelites. Her travels had made her more familiar of Frankish and German ways than her peers, and several of the Concord noted that she used the excuse to ingratiate herself with the enemy a good deal. When the city later fell, Eletria simply made her apologies to Petronius and left through the crusade lines. Her villa had been emptied of all her works months, or even years, earlier and was found to be empty by those who would loot it.

In the many years since, Eletria has resumed her semi-nomadic existence, and was most recently noted in the court of Prince Herleva of Durazzo in 1218.

Lineage: Eletria is of the 5th generation, and claims descent from the legendary Helen of Troy (d?), whom she believes (but cannot confirm) was destroyed at Pompeii. Furthermore, Eletria has stated that Helen was the childe of Arikel, although others have very quietly charged that the most beautiful woman in the world was in fact a diablerist who ate her way to the 4th generation. The truth is not widely known, and few would dare gainsay the claims of Eletria of Sparta. 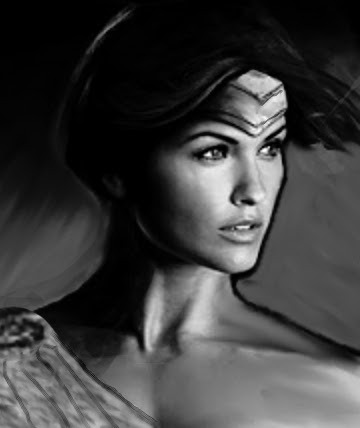