A reclusive arab scholar, this Assamite of the vizier caste spent many decades happily pursuing his thirst for knowledge in the shadows of Byzantium. He has not been seen since the middle of AD 1204, and is believed to have perished.

An old Arab, sporting a white beard, wrinkled, very dark skin, and lively, curious eyes. Ink stains were apparent on his fingers. He wore well-appointed robes in his native fashion but with a clear Byzantine influence to the cut. A small leather satchel full of books and sheafs of paper hung from his right shoulder.

The Children of Haqim are thought to be absent altogether from Constantinople. Indeed, in the past the general assumption made about them is that they were enemies of the Dream, ensconced as they are among Byzantine enemies such as the Turks of the Sultanate of Rum. Both of these assumptions were obviously erroneous, as the ancient Macedonian vizier Tegyrius and a small number of his followers have been present in the Queen of Cities for centuries. Tegyrius long lent his knowledge of law to the Quaesitor tribunal when they were unable to reach accord on a breach of the Codex of Legacies, and in return he and his fellow viziers were allowed to remain in the city so long as they refrained from gathering or exercising influence over their fellow Cainites as well as the kine. This strict policy of non-interference existed for nearly 600 years, and was one of the best kept secrets in the city. For their part, the viziers considered the ready access to this gem of civilisation to be well worth their trouble, and indeed even worked for the Dream on their own and in their own way. They were, however, extremely secretive and very difficult to locate.

Fajr certainly exploded the stereotype of Assamites being zealous desert assassins in the service of Islam. He was affable, mild-mannered, far more at home with a quill in his hand than a knife, and possessed of a sometimes perilous curiosity of all things, but particularly his fellow Cainites. This curiosity compelled him to spend much more time than his fellows among both Byzantine and Latin Cainites; if only by means of studying them from the shadows. When the Quaesitors called for Assamite assistance on a matter, Fajr was by far the most disposed towards providing that aid.

In AD 1196, at the behest of Lord Symeon, Fajr lent his aid to Iulia, Veceslav, and Sir’s Gunther and Content Not Found: conrad in the matter of their investigation of the murders of Juliano and Adrianna. He did this in return for* Veceslav’s* promise to gain him copies of certain treasured tomes from the Obertus libraries. Fajr’s facility with the Spirit’s Touch allowed him to read the psychic impressions off of several vital objects, thus providing vital insights to the coterie.

He was encountered again in March of 1204, some 5 weeks before the Great Sack. During a chance encounter at the Saut Aswad Inn, he recognised Iulia and Veceslav, wished them well over the uncertain times ahead, and announced his intention to leave the city for a time. He feared the possibility that the city might fall with the resumption of hostilities, and if that happened the city would be no safe place for one such as he.

It is known that Fajr ibn Manikar had returned to the city by May, but that he disappeared for good shortly thereafter. Markus Musa Giovanni was later heard to say that the overly curious vizier had uncovered one secret too many; he had gone to the Final Death at the fangs of a Lamia elder that had secrely made her haven in the city for many centuries. Few trust the wily, oily Venetian though, so despite his word some few believe that Fajr has simply moved on from the Queen of Cities. 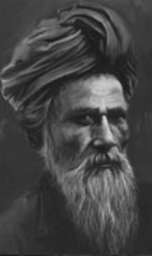