A devout walker on the Road of Heaven, this otherwise peaceful nun is a fervent believer in the Crusades. She was Chief Infirmarian of the Fourth Cainite Crusade, and in the wake of the Great Sack, she elected to remain in Constantinople.

A plain looking, pale and rather sickly woman in her middle years, dressed in the habit and veil of a Cistercian nun. She projects the air of a penitent, and her expression is serene, but her dark brown eyes are haughty.

Sister Farancina, variously referred to as Farancina of Montferrat or Farancina of the Convent of St. Bertha, is a Cistercian theologian and physician with some fame within the noble circles of the various petty fiefs of Piedmont, Savoy, Asti, Alessandria, and her native Montferrat. Since AD 1198, her renown grew still further to Champagne and Burgundy, stemming from her successful mediation of a dispute between the abbeys of Soissons and Cîteaux. She was not the Abbess of St. Bertha’s, having manipulated her retainer Aliénor into founding the convent in AD 1188, but she is the most famous of the sisters to have resided there. Despite its relative youth, St. Bertha’s (with Farancina’s meddling) has provided influential abbesses to the convents at La Tarte, near Dijon, and Santa Maria della Stella, in Rifreddo. In 1202, both Margrethe de La Tarte and Matilda de Santa Maria della Stella were thought to be her ghouls, but it is unclear what their current disposition is. Like her sire Clovia, the Lady of Keys, before her, Farancina’s tendrils have slowly wound their way through the monasteries and churches of her native region since her Becoming in the middle of the 11th century.

Farancina backed Guy of Provence for decades, funnelling funds and political influence into his rise to prominence, and so in Cainite circles her star has followed his. She was in regular correspondence with he and Sir Petrus throughout much of the 1190s, and was ready to throw her support behind the pilgrimage from the outset. When the crusade gathered at Venice, she was named Chief Infirmarian of the Cainite Crusade. As such, it was her task to manipulate her mortal analogues and to subtly assist them should any supernatural malady affect the pilgrimage. It was a hollow title at best, as the lay sister Maude of Vienna was considerably more skilled than she, and the elder Roberto was at least her equal. The good sister cared little, for she was grateful for their expertise and besides, the title was always supposed to mask her actual value, for Farancina’s true power was measured in her influence over important clergymen and nobles of her region, including vestigial ties to Marquis Boniface himself. Indeed, the cannier pilgrims of the Cainite Crusade knew that.her influence was equal to that of Vitalis d’Asti and also arguably Felix of Vaucluse.

As one of the Faithful and an ardent advocate of the Crusades, Sister Farancina is something of a zealot. She believes firmly that the Holy Land will only know peace with a united Christian kingdom protecting the pilgrim routes, drawing upon the example of the centuries when the Eastern Empire held the land. She has no hatred of Islam, having travelled widely in Outremer during the middle and latter part of the 12th century she accepted a Christian slant on the notion of the “People of the Book”. However, her own harrowing experiences as a pilgrim since the fall of the Kingdom of Jerusalem have convinced her that no Christian pilgrim can be safe without such conquest, and she has been influenced enough by the tenets of chivalry to believe that such a war can be conducted justly. The late Petrus the Troubadour convinced her long ago that a significant show of force of arms and a steady string of strategic conquests, along with the power of negotiation, can free the Christians of the Holy Land from the oppression of local potentates and the incessant banditry along the pilgrim routes.

For that very reason, Farancina had no stomach for the course of the Fourth Crusade, as attacking Christian cities is not at all what she hoped for the pilgrimage. After the Sack of Zara and especially the First Siege of Constantinople, she continued to make a show of being counted among Guy’s supporters, having invested too much to abandon him altogether. However, she quietly used her influence and formidable suite of Disciplines to attempt to reintroduce conscience, piety, and fair conduct to the sick and injured of the Fourth Crusade. She hatched this plan with the aid of Iulia, prince of the Transylvanian city of Weissenburg, Roberto di Noldo, the eminent Cappadocian doctor, and Father Ferox, the ancient ghoul, as well as a number of their ancillaries. Together they used their facility for mind control to implant suggestions in the subconscious of those mortal crusaders that come to them for treatment, in hopes of preventing disaster should Constantinople be attacked once more. While obviously history showed that the city was indeed attacked and sacked, and many of its residents were brutalised and slain, untold thousands of lives may have been saved by this secret initiative begun by Farancina and Iulia.

The introduction of six Tremere to the entourage of Felix of Vaucluse rocked Sister Farancina’s confidence even further. Her protector and companion, Brother Guilabert of the Salubri had been placed in a nigh untenable position, and desired to leave the crusade honourably. She understood that Guy’s hands were tied by feudal politics, but she was still bitterly disappointed at his inability to keep the Warlocks from joining the pilgrimage. For his part, Brother Guilabert was unwilling to leave without her, nor without his commander’s leave, and she prayed fervently for an avenue for his escape, for while she was determined to see the crusade through to the bitter end, her loyal companion did not deserve such humiliation or needless danger. The machinations of the Concord succeeded in gaining the release of Guilabert in January of 1204, an accomplishment for which her gratitude remains considerable.

Sister Farancina did not take part in the Great Sack in April of that year, although she did accept the monies that were willed to her by Duke Guy after he went to the Final Death at the hands of the Antonian elder Belisarius. She also provided the advice and mediation necessary to bring together the alliance of Vitalis of Asti, Martin of Toulon, and Thibauld of Bayeux, and she continues to advice the three younger Ventrue as a silent member of their coterie. Throughout the summer of 1204, some of her funds were donated to the attempts of Hugh of Clairvaux to reinvigorate the crusade and move it on to Egypt. However, after his assassination in August she had a moment of truth, and chose to remain in Constantinople in order to do penance for the sins of the pilgrimage. The remainder of her treasure went into the establishment of a new convent dedicated to Saint Bertha, and over the many years since she has bent her will and her faith towards sheltering, feeding, and clothing the Constantinopolitans who remain in penury due to the actions of she, her fellows, and their mortal contemporaries. Farancina makes no bones of the fact that she expects to spend centuries, or even the remainder entire existence, in pursuit of her penance.

Through her loyal servants among her fellow Cistercian sisters, Farancina’s tendrils of influence continue to snake back to Lombardy, but her attentions are almost entirely concentrated in the East now. The new Convent of Saint Bertha quietly promotes the Latin Rite so that she might bring the Schismatic Greeks into the fold, but otherwise she and her servants do not hide the fact that their only ambition is to stablise the city, and to once more gild the Queen of Cities with the prosperity of its citizenry.

Other than her exacting but humble attempts to do good works in the name of God and in promotion of the Latin Rite, Sister Francina continues to advise a number of Frankish vampires who have remained in the Latin Imperial East. While Vitalis, Martin and Thbauld all benefit from her political acumen, many other call upon her for her insights regarding the via Caeli. She would never describe herself as an Ashen Priestess or Confessor of her road, but others with a troubled conscience or struggling with their Beasts increasingly seek out Farancina to benefit from her insights.

Lineage: Childe of Prince Clovia, the Lady of Keys, of Chambery. Clovia’s sire is unknown, but Farancina has said that she is descended from the ancient known as Japheth, who is himself the childe of the Antediluvian Cappadocius. Farancina of Montferrat is of the 7th generation. 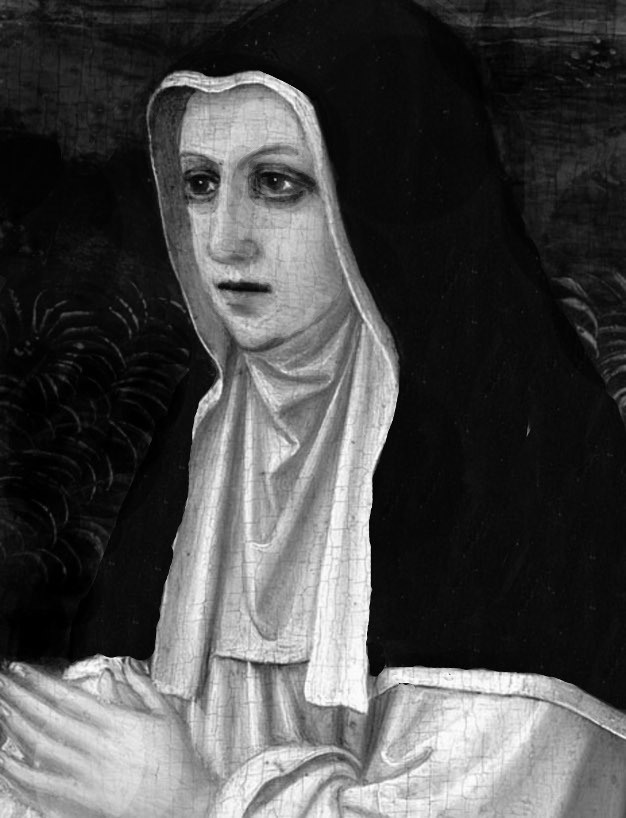