This ancient ghoul serves the shadowy Ventrue elder, Fabrizio Ulfila, in his infiltrations of the Latin Church. Ferox is renowned for being honourable, incorruptable and uninterested in the intrigues of Cainites.

This priest is quite pale, with a washed out cast to his features. His short, tonsured hair is a dirty straw blonde, as is the rough, full beard that he wears, and his green eyes are calm, steady and a little unnerving, as if they possess lifetimes of self-knowledge. In spite of his wan appearance, he is far from frail, standing tall and straight. His powerful build is obvious, even under the shapeless habit of a Benedictine monk.

The tale of Ferox is a famous one in certain Cainite circles.

It is said that many centuries ago, Ferox was the son of the Celtic princess Boudicca, conceived before her marriage to the Iceni king, Prasutagas. Ferox was never in the line to the throne, and so instead earned fame as a warrior chieftain in service to his step-father. In AD 59, when Prasutagus died, he bequeathed half of the Iceni lands to the Roman Emperor and the rest to his wife and his two daughters. The Romans ignored the will, however, and annexed the lands of the Iceni. When Boudicca protested, she was publicly flogged and forced to watch the rape of her daughters.

Like the rest of the Iceni, Ferox was incensed, and when the Roman governor led his forces against another ‘rebellious tribe’, he was among the first to rally to her banner when Boudicca rose in rebellion. With Ferox leading her forces and the Brujah secretly agitating the situation, Boudicca’s Iceni destroyed a Roman Legion, then razed the settlements that now bear names such as London, Colchester, and St. Albans. The queen of the Iceni exacted bloody vengeance on tens of thousands of Roman citizens. Alas, with Cainite support from the Ventrue and Malkavian clans, the Romans rallied and the revolt was thrown down a scant two years later. Reprisals were bloody; the Celtic Brujah sought out Boudicca for the Embrace while the Roman Cainites sought vengeance.

With the vampires closing in, Boudicca and Ferox fled into the wilderness. She elected to kill herself rather than let them take her blood or, worse, let them give her their own. It was the Brujah who found them first. Ferox, true to his name, ferociously held off the immortals long enough for Boudicca’s body to grow cold, before falling himself from exhaustion and blood loss from his many wounds.

One of the Cainites, either impressed with Ferox or taking pity on him, fed the young warrior enough of his blood to save his life. Ferox was pressed into service as a ghoul guard in the Brujah stronghold on the Isle of Mona. When it too fell a generation later Ferox again fought like a lion, this time amplified by the blood of Caine. He slew a great number of mortals, and even a number of the overconfident Cainite legionnaires, before he was subdued once more. This time a Malkavian kept him alive, having recognised his identity as the son of Boudicca.

Once more he was spared, despite his intractability to their attempts to gain intelligence from him regarding the remaining Brujah. In due course, Ferox convinced the Ventrue that he would serve them just as loyally as he had the Brujah. He was bound with the blood once more and over the centuries has served a host of Ventrue elders first as a guard, then later in more subtle ways. In the last century of the Roman Empire, he converted to Christianity. The Ventrue, seeking ways to control the church, used Ferox to infiltrate the increasingly powerful organisation. His partner in this enterprise was the neonate Ulfilas, whose talent and ingenuity saw him rise swiftly through the Ventrue and clan ranks.

He has quietly existed within Mother Church ever since, always serving Ulfilas, now known as Fabrizio Ulfila, exclusively. His duties range from finding worthy pawns in the various tiers of the Church for the Ventrue may find a use, to acting as his domitor’s agent in meetings that involve Church business.

Ferox was encountered by the Concord at the 4th Crusade Council in Venice. He did not seek to engage any of them in conversation, instead choosing to take down faithful notes of all words spoken in council. The Ventrue “ancilla” Severinus di Nebolini often sat next to Father Ferox, and the two of them appeared to know each other well. Severinus’ counterpart in espionage, the Toreador Jerome di Foggia, was also observed speaking with Ferox quietly when Severinus was not present. Ferox did not appear to be a part of, or interested in, their intrigues against each other. Few of the Cainites at council chose to approach the ghoul priest, perhaps because proximity to Ferox appeared to make them feel very uncomfortable. Veceslav’s aura sight revealed that the man was possessed of a bright golden aura, a sure sign of the unsettling phenomenon known as True Faith.

He chose not to accompany the pilgrimage after it left for Zara, but Ferox would rejoin the crusade during the long months after the first siege of Constantinople in July of 1203. Again, his role was to act as an observer and chronicler for Fabrizio Ulfila, and despite his obvious discomfort with the increasingly rancorous tensions between the crusaders and the Romaoioi, he performed those duties strictly and faithfully.

When the second siege broke out in April of 1204, however, Father Ferox was forced into activity by his conscience. When the city fell, the Concord would observe him working to protect the weak and the innocent from the worst depredations of the bloody and gold hungry Latins during the Great Sack. This he did by funnelling them into the cisterns and sewers, and it would be revealed later by fra-ignatius that the Nosferatu knights of St. Ladre elected to help the ancient ghoul when they discovered him doing so.

Ferox would remain in Constantinople for much of the balance of that year, recording the aftermath of the Great Sack for his domitor. Late in the autumn of 1204, he took ship for the West, where he planned to rejoin Fabrizio Ulfila in the city of Bologna. 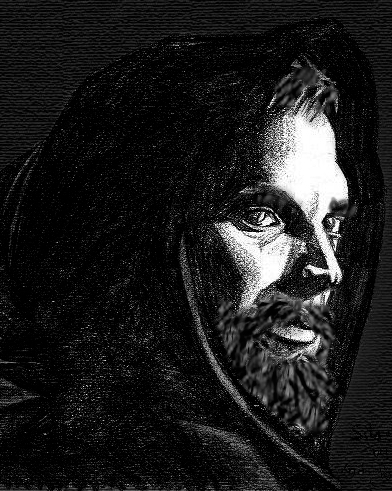