A thoroughly despicable, noxious, monster that enjoyed her hideous station among the Hell Hounds. Marelle's most powerful Nosferatu servant, she was one of those who led the charge at the Battle of the Black Cave. There she met an ignominous end.

A short, grotesque creature, once a woman judging by the ponderous dugs that swung beneath the furs loosely wrapping its torso and the accentuatedly suggestive way it swayed its hips as it walked. Her skin, wrinkled, slimy and punctuated by patches of boils, was a stomach-wrenching, cesious shade. Clad in putrid leathers and furs, she was armed with a spear but was just as comfortable throwing itself upon its enemies and tearing at their throats with her teeth and fangs.

A Franconian Nosferatu, odious both in scent and disposition, this creature was the oldest and most valued of the Lepers in service to the Tzimisce knez known as Marelle, the Sculptor of Wolves. Brother Berengar, Sir Ulrich, Marius and Svenin first encountered her with the rest of the Hell Hounds, gathered in front of the Black Cave, listening to the passionate diatribes of Vasilica. She sat with the other Nosferatu, enjoying their slavish attentions, while the rest of the Hell Hounds stayed unconsciously upwind of her, for the miasma that clung to her was sufficient to turn the stomachs of even the undead.

Gertraud the Foul’s role among the packs was to serve, in the words of Marelle, as her “master of spies”. Over the coming weeks, as Svenin sought to work his way into the pack structure, he found that the Sculptor gave special weight to the noxious Nosferatu’s opinions, both on the nature of their enemies within Hermannstadt, the Clan Nosferatu as a whole, and upon German culture in general. Svenin observed that despite the respect given to her, she was a simple and hateful creature, driven by her hunger and her lust for blood and fear. She spoke often of eating the Brood of Hermannstadt, both out of revenge for her sire, Erhardt, who was humiliated and slain by Marusca decades ago, but also simply because the Nosferatu was simply enamoured of the notion of drinking the souls of her enemies. Her zealous and hateful nature was shared by her minions, Fane and Irina, both of whom expressed delighted anticipation for the horrors they would inflict upon the hapless burgers of Hermannstadt, once Marusca and her “lapdogs” were destroyed.

Luckily for the Saxons of that city, the expected bloodbath never came to pass. Betrayed by Svenin and outmanoeuvred by the Concord, the Brood of Hermannstadt, and a seemingly coincidental attack by a large pack of werewolves, the Hell Hounds of the Black Cave, the Cleft Peak and the Twisted Oak gathered their strength to take revenge. There they discovered that their enemies were closing in and, incensed beyond all sense, they charged into the fray. Under cover of Obfuscate, Gertraud and Irina led a pack of sickened, ghouled wolves against the right flank of their enemies. Although they managed to outflank the Concord, they were met by the powerful ghoul, Agmundir the Cunning, and the ferocious mastiff, Ashlar. While the Dane was swamped by the wolves and Irina, Ashlar tore into Gertraud, only to be sickened by the foul humours that oozed from her wounds. The weakened mastiff held his ground long enough for Maria’s bodyguards, Gustav and Bernard, to rush into the fight. Between them, they managed to overwhelm the ferocious Nosferatu with apparent ease, and Gustav struck her down with a lucky blow to the skull.

Her senses dashed along with much of her brains, Gertraud slipped into torpor as she sank to the ground. Minutes later, with the Brood and the Concord triumphant, and the pack of “Shadow Wolves” moving in, the decision was made to drain and execute the vanquished Hell Hounds. In recognition for his valour, the ghoul Gustav was given the honour of taking her head, but alone among her allies, no one deigned to sup on the rotten vitae of Gertraud the Foul. Even as she went to the Final Death, she was simply too revolting.

Embrace: While there are no records of exactly when she was Embraced, it is known that it was done without permission. The last of many missteps, a Blood Hunt was declared upon Erhardt for doing so, and the two of them were run out of the city of Erlangen in AD 1127. It is likely, them, that her Embrace was that year or shortly before.

Lineage: She claimed to be the childe of Erhardt the Broken (d), a German Nosferatu who ran afoul of Marusca in the 1160’s and met his end at her fangs and claws. Erhardt, a blood-hunted exile from the courts of Franconia due to his crimes against the Third and Sixth Traditions, was known to be of the Eleventh generation, making Gertraud of the Twelfth. However, it is known that Gertraud was a diablerist, responsible for the destruction of two of the Brood of Hermannstadt, and her generation was probably rather stronger than her lineage would indicate. If Gertruad knew of her ancestors, she obviously didn’t care enough to bother reciting them. 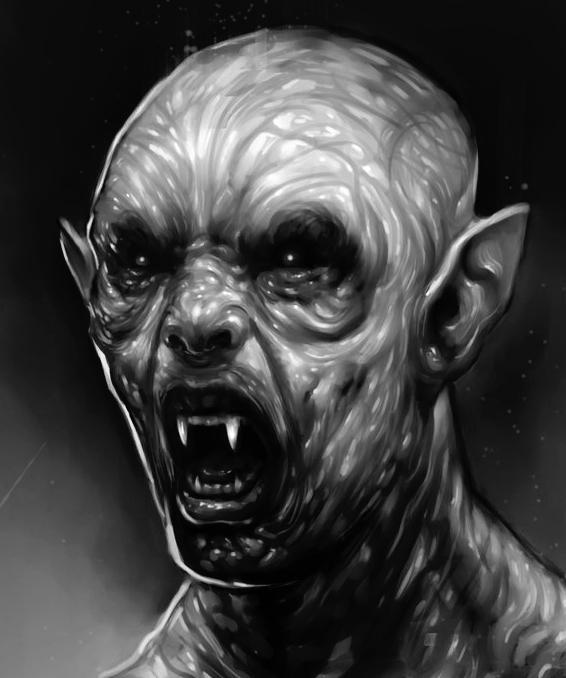