Marelle's second, this ancilla was every bit the savage one might expect in a childe of the Sculptor of Wolves. He was betrayed and slain by his rival, Klaus, in 1214.

Ghenadie appeared to be a young Vlach with thick jet black hair. He was tall and quick, with the bearing of a warrior. Young and handsome, possessed of strong features, he would have turned heads but for the distinctly predatory, alien glint in his hazel eyes, his deathly pale complexion, and the fact that his eyebrows faintly met across the bridge of his nose. Faded traces of old claw scars could be seen on his face, neck, hands and forearms. He was garbed in layers of leather and wolf furs, a hand axe rested in a ring on his baldric, and a long knife was worn sheathed on his belt.

This monster was Marelle’s beta in the infamous and vicious pack of Cainites known as the Hell Hounds of the Black Cave, which also effectively made him her second among those of the Twisted Oak and Cleft Peak as well. That said, during Svenin’s brief association with the Sculptor of Wolves, the Viking observed that he did not exude any particular charisma, nor show much in the way of leadership skills. Rather, Ghenadie appeared to see himself more as her bodyguard, ably meeting any threats to his sire with his own fangs and claws. Indeed, the Tzimisce warrior was never out of Marelle’s earshot, even when she took another of her several lovers to bed. Unlike Fruszina, however, Ghenadie displayed little jealousy at such times. He worshipped Marelle, and existed only to slake his feral lusts in emulation of hers. Jealousy was a weakness to this Tzimisce, something to be conquered just like a rival.

Marius de Şimand had a number of dealings with him over the years, both before that Lasombra’s Embrace and after. When acting as his domitor’s agent among the cities of the Siebenburgen, the ghoul frequently passed through the lands that Marelle and her packs claimed. At such times, in order to ensure his safety he often presented himself and his credentials first to Ghenadie’s ghoul, Vlad, and then the Tzimisce himself. In those early years, just after the turn of the 13th century, it would appear that Ghenadie was cementing his power among the Hell Hounds and was eager to make connections that would be valuable to his sire. Despite his bestial nature, the Tzimisce was quite capable of being congenial, even gracious, when it served his needs.

Marius has said that prior to the destruction of his consanguineous brother, Dumitru, in AD 1199, Ghenadie’s role was less prestigious. Dumitru was the true war-master, a clever and cunning combatant as well as a natural leader that had earned the respect of the Hell Hounds; his stratagems having led to the destruction of a number of Marusca’s Brood, he was seen as a natural beta to their sire as well as a worthy successor if the unthinkable should happen. Ghenadie, on the other hand, was simply a dangerous fighter and watchful bodyguard for their sire, although his facility for the Protean discipline marked him for special favour.

He hated his older brother-in-blood, and his distaste was returned in full measure. The ambush that ended Dumitru changed everything for Ghenadie, catapulting him into the role he always wanted, but he immediately feared the charisma of his younger brother-in-blood, Corneliu, and entered a rivalry with him. He also did much to make the unlives of Dumitru’s surviving progeny, Klaus and Stellian, unbearable, and the two younger vampires sought refuge in the Cleft Peak and the Twisted Oak respectively. Marius de Şimand believed (and Klaus would later claim) that the new war-master engendered these rivalries hoping to finish off Dumitru’s progeny because he had in fact engineered the Lupine ambush that ended his brother-in-blood.

Ghenadie’s victimisation of Klaus would come back to haunt him at the end, but throughout the first decade of the 13th century, he revelled in his newfound power and in his mistress’ trust in his abilities.

In truth, however, the Fiend never truly filled the late war-master’s boots. Ghenadie was neither imaginative in strategy nor particularly good at leading others in battle. What he did have in ample supply was low animal cunning as well as a natural sensitivity to the weaknesses of others, and in this respect his advice was courted by the Sculptor of Wolves. Marelle delighted in his savage ways and playfully cruel hunting methods, and was fond of calling him “her beautiful Beast.” He demonstrated this facility for sniffing out the weaknesses of others when Svenin brought Maria von Roteschloss and the disguised Brother Adalbert to the Black Cave. Sensing that something was “off” about the two, Ghenadie produced a young boy from among the Hounds’ herd and offered him up as a refreshment. They both begged off eloquently, so the inhuman Tzimisce ludicly drained the boy altogether, closely watching their faces for a reaction. In return, all three of the visiting members of the Concord secretly marked him for destruction.

They would have their chance, after a fashion. During the Battle of the Black Cave, Ghenadie stayed close to Marelle, intercepting all but Marusca, whom both he and his sire over-confidently believed would pose no true challenge. Preventing the Nosferatu Gustavus from assisting the Prince of Hermannstadt, and matching the powerful Sheriff claw to claw, Ghenadie wore him down in expectation of victory. Even seeing the great hell hound Kerberous rent in two by the Tzimisce Knez of Tihuta and many of his fellows routed from the field did not give the savage war-master pause. Then, the unthinkable happened.

Standing over the mauled, felled Gustavus, ready to finish him off, Ghenadie heard the gurgled plea of his sire right before she erupted into a torrent of blood behind him. He watched mutely, in shock, as the very land itself appeared to rise up and lap hungrily at her spent vitae. In the distance, he heard a great shout of triumph, but did not register from whom it issued.

And then Klaus’ blade, Dumitru’s blade, clove his heart in two as the young Cainite drove it through his back. A moment later, Klaus would take his head in payment for the betrayal and destruction of his own sire. The war-master of the Black Cave fell as he lived, a study in treachery. 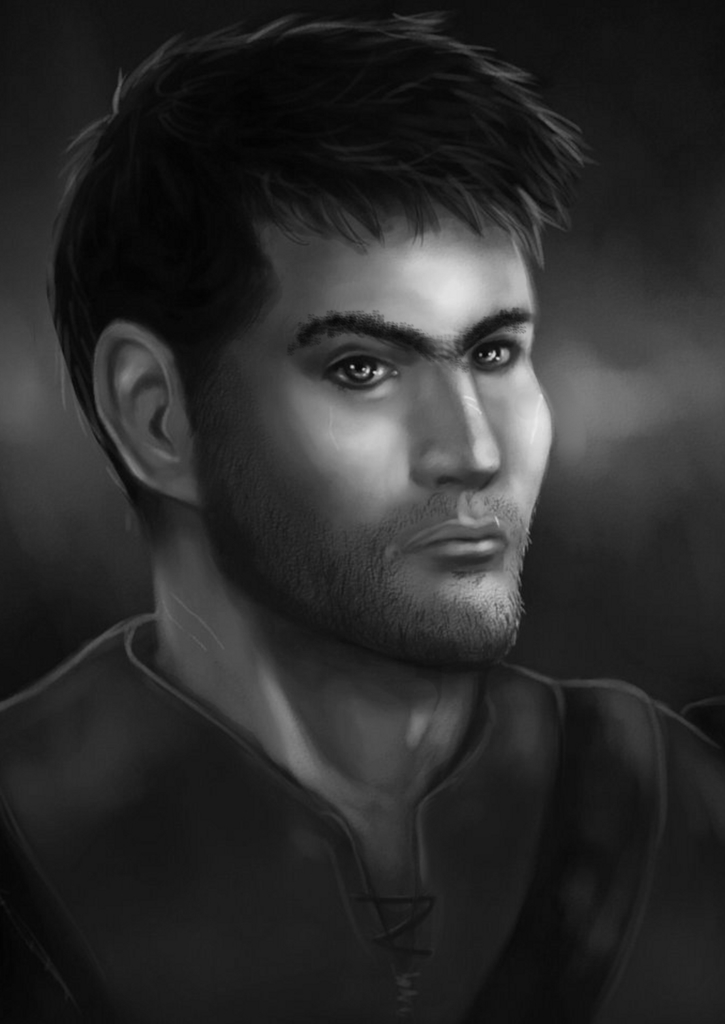