The seneschal of Câmpulung; a wily estate manager with the soul of a merchant, he is always on the lookout for a means to turn a situation to his advantage.

A short, middle-aged Vlach, clad in the quality cloth of a nobleman but possessed of an air that could best be described as common. He is protected by leather cour bouilli and a cloak of finest wool, both dyed a rich black, and his matching sword and dagger are clearly of superior quality. He is very pale, his silver hair is receding and his face is dominated by a pair of bushy black eyebrows and a bulbous nose. Something in his manner suggests that he is a clever fellow, adept at measuring the worth of things at a glance.

Like his sire, Raluca, and his consanguineous brothers, Doru and Adam, this Tzimisce was first encountered by the Ashen Band when they were admitted into the bailey of Castelul Câmpulung. While the kneza made a show of her imperious welcome, his older brother stood at her side playing the loyal second, and his younger sibling fidgeted nervously, Gigel simply studied the newcomers with obvious interest. His eyebrows arched, eyes hooded, and his protuberant nose pointed almost skyward, the small man stared past his nose at the newcomers. Indeed, the demeanour of the Cainite almost seemed rat-like, as if he was trying to sample their scent. They would discover in the coming nights that he meant no disrespect by his odd manner, but rather that he is simply used to looking up at everyone, and that the obviousness of his interest would in turn signal the opportunity to make new friends and associates.

The stratagem that would serve to allow the army of Jürgen von Verden to move past the fortress of Câmpulun* was Gigel’s idea. Indeed, the seneschal seemed quite eager to accommodate the visitors, and the reasons why would soon become clear. Despite his obvious aversion to risking his own skin, the little Vlach was quick to volunteer to chaperone the Ashen Band to the lands of Raluca’s vassal, Count Razvan. He would prove to be a gregarious travel companion, freely sharing information regarding the history of Veceslav Basarab and his mistress, the familial relationship of Knez Veceslav to Conte Razvan, and the vexing tendencies towards independence and treachery that the ghoul displayed. When Ulrich von Wettin aka Heinrich the Hound raised the speculation that it might have been Razvan who betrayed Raluca’s plot to her liege, Voivode Tabak Ruthven, perhaps with an eye to gaining further autonomy from her, the Tzimisce merely shrugged, a look of studied blandness upon his face. In return for freely dispensing such information, he would ask many general questions regarding the Holy Roman Empire, Hungary, and Transylvania, but he was particularly interested in the Siebenburgen. Situated as it was on the other side of the pass, the prosperous city of Kronstadt was a source of great curiosity for him.

Gigel would go on to say later in the journey that he loved his home, but he was willing to pack his grave earth and move north of the mountains if the Cuman troubles continued to worsen. Gigel made much of his skill at estate management and mercantile endeavour, and he would need friends and contacts in Transylvania should he flee Oltenia. Of course, his property was currently a ruin on account of Kordönül’s rampage, but he would not suffer penury for long, and business partners in Kronstadt would be ideal in the future. Might any among the Ashen Band be willing to form such a partnership?

Upon arrival at Argeș, Gigel introduced the coterie to the formidable Razvan Basarab, but he conspicuously left the throne room of the ghoul when the count ordered everyone except for the Ashen Band to remove themselves. Could Gigel actually fear the mortal? He kept a respectful distance in the following nights. However, there could be little doubt that the young Tzimisce was listening in on the negotiations between the visitors and Lambach Ruthven, for when he and his ghoul men-at-arms conducted Lord Jürgen’s agents back to Câmpulung, an amused grin refused to slide off the seneschal’s face, no matter how hard he attempted to master his features.

Before their departure from his mistress’ castle, Gigel repeated his interest in forming a business partnership with any or all of the Ashen Band in future, and he promised that he would be in touch when time, convenience, and safety allowed. 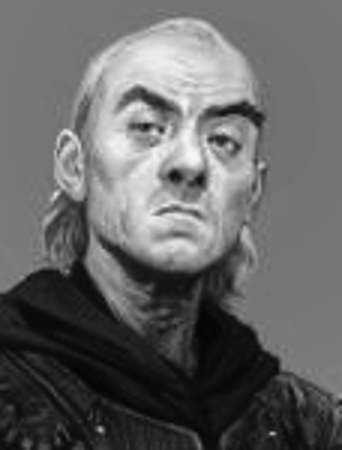