The lover of Prince Karsten of Kronstadt. She is a hedonistic vampire, uncomfortable witht the Teutonic Order in her city, but fiercely protective of her man's status and domain.

A pale, shapely German beauty wearing the simple dress of any Saxon tavern or alehouse wench. She wears her very long blonde hair unbound, and she has a way of glaring forbiddingly with those dark eyes while pouting coyly at the same time.

This ancilla of the Clan of the Moon arrived in Kronstadt shortly after her lover, Karsten von Hornburg. In the vacuum created by the absence of significant Cainite powers in the city, the two vampires quickly managed to develop considerable influence in both legitimate and illegitimate spheres. For her part, Greta found it easy to use her Disciplines and her wiles to corner the more exciting and prosperous inns, taverns and alehouses of the city while simultaneously establishing a presence in what passed for a criminal underworld. Her lover chose to spend his efforts on the craft and trade guilds as well as the city guard and the members of the council. Between them, they were in an excellent place to find terms with the likes of Svenin the Tall and Lucien when those worthies returned to the settlement after the 4th Crusade, and the city enjoyed a certain harmony for a number of years afterwards. Greta is a fine compliment to her prince and lover; able both to move about unseen and to use her unsettling powers to destabilise the minds of mortals who would stymie their plans.

She is obviously ill at ease with the presence of the puritanical Teutonic Order in Kronstadt. After their arrival she resorted to sulking at Prince Karsten’s court and otherwise keeping to herself under the cover of her Obfuscate discipline. It is known that she is something of a hedonist, and it is clear that their meddling with the moral stratum of her city is the source of her vexation. “The more knees on church pews, the less arses on tavern stools,” Helena once overheard her complain to Karsten. When introduced to Ulrich, Berengar, Marius, Kelemen, and Sága, she also remarked that “the cross of the Teutons is our burden to bear…”

Greta brings out the Beast in her lover, for Karsten is a much more eager, even sometimes cruel, hunter when in the company of his consort. Still, the prince is no capricious killer, whereas Greta appears to hold human life in relatively low regard. Helena is unsettled by the influence that the sybaritic Greta holds over her adoptive sire, and even more disturbed by the fact that the Malkavian appears to be an incorrigible voyeur. Indeed, some speculate that so great is her need to do so that it is her particular curse to bear, so far as the frailty of the clan of Malkav is concerned. No secret is safe when Greta is about. She is in the habit of spying on anyone and everyone she can, but most especially those in the throes of passion. Indeed, she is sometimes enthralled to the point of danger by the spectacle of the brothel behind the taproom at the Angry Axeman. She is known to hold the Ventrue panderer, Pedrag Harsányi, as a kindred soul, and she enjoys hunting with Lady Nova’s envoy as much as her prince.

Although it is unclear whence she originally hails, It is apparent Greta is very widely travelled. She knows a smattering of a good number of languages, and can entertain others with her stories of Veneto, Swabia, Bavaria, Dalmatia, Croatia, Hungary, and the westerly provinces of the Byzantine Empire. She claims the city of Trieste as her home, and has been known to lament the lack of comparative culture to be found in the Siebenburgen. It is likely that without Prince Karsten to hold her in Kronstadt, Greta would readily return to her beloved Adriatic port.

However, her devotion to the Brujah is such that when he was called away to serve as Lord Jürgen’s envoy in AD 1214, she unflinchingly agreed to serve as prince pro tem at his request, although she is known to have considered the duty distasteful at best. During his absence, she made a point of pushing to restore the honour of “their house”, which was greatly damaged by the activities of the Ashen Band at Argeș, and she enlisted Helena in her hopes, claiming that they must now forget past slights and work together to make sure that Karsten’s throne remained secure. To effect this outcome, she was forced to work more closely with the Order of the Black Cross, a prospect which did nothing to improve her mood or disposition towards the neonates who caused the trouble. Indeed, working with the puritannical knights put her in a perpetual foul mood, which she chose to take out on Ulrich the Bull, whom she squarely blamed for the failures of the Ashen Band.

Her hatred of the childe of Hardestadt the Younger redoubled when Karsten was returned to the city later that year as a flesh and bone-crafted box, driven into torpor by the horror of his ordeal. Greta was visibly shaken and grief-stricken by the sight of him. She swore vengeance on the Tzimisce, for even though none had claimed credit for the shocking act, it was clear that someone had used Vicissitude to torment him so. The allied Veceslav Basarab would restore Karsten to his rightful form, but it would take years for his mind to recover to the point where he could lead the city once again. In AD 1216, Greta gratefully receded into the shadows behind the throne once more, happy for her “husband” to resume his position as prince.

Embrace: By her own admission, the very early years of the 12th century, although she cannot rightly say which of those years it was.

Lineage: Greta is known to begrudgingly place herself among the lowly 11th generation. She claims one Sister Justine, now deceased, as her sire, but has no further information regarding her bloodline. 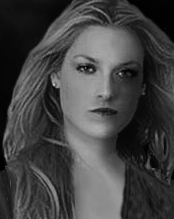