An aging herbalist, midwife and healer widely considered to be a witch by the superstitious folk of Szekelyland. In this particular case, the gossips happen to be true...

A stout, middle-aged Szekler peasant, round-shouldered and stooped from many years of toil. Her homespun dress, scarf and apron are carefully and skillfully made and patched. She shambles about with a slight limp, and often seems to wince as if the damp bothers her.

This woman has dwelt in the hills south of Szentgyörgy since the settlement was founded in the 1170’s. Until recently, she has lived alone, but for her chickens, walking into town to offer her services as a healer and midwife. Speculation is rife that she is, in fact, a witch and in truth, a few such as Helena Korosi know this to be fact. Although the Brujah has seen that Hajnal’s magic sometimes requires the spilling of blood and the swearing of dire oaths, for the most part the old hermit is a benign sort whose herbal remedies and folk wisdom has sustained many of the Szekler families in the area through hard winters, outbreaks of disease, and the odd drought. Although they fear her, not least because she is an outspoken pagan who holds the One God in contempt, in truth very few of them would even think to do her violence for every family owes Hajnal the life of its children.

Helena met Hajnal in AD 1198, shortly after the young noblewoman was married to the local chieftain, Jakab Korosi. She had fallen pregnant with her first child, Mihaeli, and like all local women she was advised to seek out the old herbalist for her assistance. Perhaps on account of their status as outsiders in Szentgyörgy, they struck up an association based on intelligent conversation about unorthodox matters, and Hajnal would deliver her second, Margit, scarcely more than a year later and her last, Oszkar in 1202. Sadly, Hajnal was unable to save Oszkar from fever when he was 3, and all her herbs and charms could not bring Helena’s husband and oldest back to life when they fell in battle with the Cumans in 1210. The old woman comforted her friend, now entering middle-age herself, through her grief.

A year later, with suitors knocking on her door and Margit fast arriving at marriageable age as well, Helena was faced with a difficult choice. Expected to marry in order to keep her property in the family, she had enough resources to provide for her own dowry or her daughter’s, but not both. She played her suitors off against other most skillfully while she considered her options, but she was running out of time. The most powerful chieftain of the area, Simon Maksa, had taken an interest in Margit for his soft and sickly son, Sandor. Helena was dubious that such a marriage would be good for her daughter, and visited Hajnal to talk of the matter and see what could be done.

The witch offered a deal to the noble lady, promising that she would use her considerable abilities to see that Simon and Margit had sons, and that the sickly lad would grow healthy for long enough to secure the future of Helena’s line. In return, she wanted a servant; someone bound to help her do the demanding physical tasks that her aching knees and sore back increasingly prevented her from doing. “And besides,” Hajnal added sardonically, “sometimes her chickens weren’t terribly interesting conversationalists.” The noble lady agreed, having noted a girl on her staff who might have the right emperament, and the two women swore an oath on it.

Hajnal cut her hand, and indicated that Helena should do the same. As they bled into a chalice, the old witch chanted unintelligibly, causing the vitae to glow with a rythmic, crimson pulse. They then shared the cup, drinking the pulsating blood until it was all consumed. The noblewoman then took her leave, feeling uneasy at what she had witnessed but somewhat relived that the stars of her family would change for the better.

In the months to come, she would draw the interest of Dmitar Saronja, a vampire of Clan Brujah, and enter the ranks of the children of Caine. Margit and Sandor would prove a good match. And Hajnal looked on, wisely keeping her involvement quiet and circumspect while watching over the family. She dwells there still, as she has done for decades; quietly keeping her house with her chickens and her new apprentice, seeing to the health of her fellows when asked, and enjoying her simple life more often than not. Her friendship with the noble lady has cooled somewhat in recent years, perhaps because any wise witch steps lightly around Cainites, no matter her power and regardless of her personal feelings towards old friends. And yet, Helena knows, she still has a resourceful contact in the hilly woods south and east of Szentgyörgy, a useful associate in her times of need. More importantly, few others realise this as well. And most importantly, Helena needs all the friends she can get… 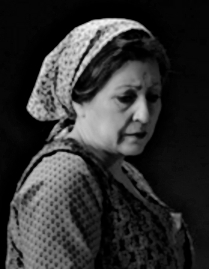