A talented noble lady of the Magyar and Szekler peoples, this Brujah fledgeling was recently orpaned by the Cuman Gangrel. She resides in Kronstadt, under the watchful eye of her kinsman, Prince Karsten.

A middle-aged woman with strikingly long, brown hair. Both her age and her social status are hard to guess, as she talks with the experience of a long hard life and the education of a noble woman but has the face of a young maiden and often wears the simple clothes of the Szekler people. Her love for the Szekler is not only shown by her clothes: she talks often and with passion about the advancement of the land and the people, and about the pressing need to fight the Cuman. She wears a dagger to match her fighting spirit, but her weapon of choice is her wit.

She was born as Helena Csák, in 1183, in Buda, as the fifth daughter of a noble family. The name Csák commanded respect all throughout Northern parts of the Hungarian Kingdom, which made marrying five daughters off somewhat easier, but it was still a mighty task. Especially when it came to young Helena, who was quick to notice the injustice of Buda and was not shy to remark upon it. In the end, she was married to Jakab Kőrösi, a chieftain of the Szekler people and moved to Szentgyörgy. She arrived as a young girl with dreams of adventure in a wild and untamed land, but these dreams quickly disappeared. The land was indeed untamed, but this proved to be more of a challenge than an adventure. However, the estate of the Kőrösi family soon became a prosperous place and a sparkle of civilisation in the land. This was unquestionably due to Helena who did not only helped with her dowry but aslo with to her talents and skills at managing the noble household and its people. She became friends with Hajnal, the local midwife and the Szekler society too. However, her fortune left her when her husband and her first born son, Mihaeli died in battle against the Cumans in 1210. She grieved them truly and sincerely, but she also had to worry about the future. She was left with her daughter, Margit (her second son, Oscar died in 1205, at the age of three). She did not have the means for giving a dowry both for herself and her daughter, but she was determined not to live the rest of her life at the mercy of her family leading an idle life. Little did she know that her talents had already drawn the attention of the Brujah Dmitar Saronja, who saw her as a potential childe. She was tested by Prince Wiprecht, and as she proved herself to be smart and gifted at improving her surrounding, the permission was granted to Dmitar Saronja. Helena saw the gift as an opportunity to help herself and her chosen land in the time of need, and gladly accepted the gift. She pretended to be alive in mortal society, so she married her Sire, and also saw to the marriage of Margit to Sándor Maksa, son of the wealthy landlord, Simon Maksa. However, her second marriage did not last long. Dmitar and Helena were ambushed by Cuman vampires led by Kordönül, and Dmitar sacrificed himself to save Helena. As she became an orphan, she had to move to Kronstadt, where she lives and learns from Prince Karsten. Losing her mortal relatives and her Sire in a short time hardened her, and now her desire to advance civilisation and stop the Cuman hordes doesn’t only stem from her idealism but also from her experience, as she knows too well that inaction will lead to bitter defeat. 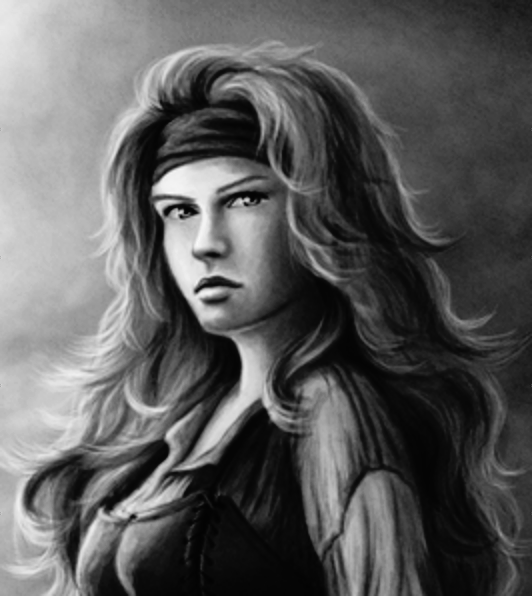