Formerly the Eastern Praetorian Prefect of the Antonians, this ancilla was responsible for oversight of the eastern territories of the empire. Exiled after the Great Sack, she eventually made her way to the West, a refugee of the sundered Dream.

A coldly, classically beautiful woman, clearly of noble birth given her haughty bearing and fine clothes. Her face was heart-shaped, with a narrow jaw and wide cheek bones, and her hair was long and lustrously black. Before the Great Sack, she wore expensive but understated jewellery, and kept a slender dagger sheathed at her belt.

(expanded from the character as presented in Constantinople by Night, pp. 115-116 and Dark Ages Clan Novel Ravnos).

In her mortal years Helena was an Armenian princess, the third daughter of the Bagratid King Gakik-Abas of the semi-independent Kingdom of Vannand, a tiny landlocked territory perilously sandwiched between the spheres of the Byzantine Empire and the surging threat of the Seljuks. Sent to Constantinople at the tender age of 11 as a hostage to the good behaviour of her father, she was raised in the imperial household along with a great many others in similar straits. As the situation of his land deteriorated, her father first paid homage to to the Seljuks before eventually ceding his sovereignty to Byzantium in AD 1165. King Gakik had hoped that siding with the Romaioi would keep he and his people safe. It was a fair gamble, but he ultimately chose poorly, for Gakik did not understand that Byzantium was too riven by internal dissent and rebellion to fully bring their might to bear, and the local governors and metropolitans were more interested in enforcing religious doctrine than building defences. Ultimately, it was the Turks who were victorious at Manzikert in 1071, and Vannand was dissolved altogether.

By that time, Helena’s role as a hostage had long since become irrelevant, but her pedigree was useful. Wedded to Theodore Dokeianos, nephew of the failed emperor Isaac I Comnenus and cousin to then-general Alexius Comnenus, Helena became thoroughly Hellenised in many respects but she never forgot that she was an outsider. Even so, while not truly accepted at court as one of their own, the obscure and exotic eastern princess plied the treacherous waters of Byzantine politics as one born to them. She bore her husband Theodore two sons and a daughter, and while the marriage was never one of passion, she was devastated when she heard of his death fighting under Alexius at the Battle of Kalavrye in 1078. She managed to continue on for 3 more years, despite being a beautiful and wealthy widow, warding off various suitors while seeing to the security of her children.

Helena the Armenian was brought across in AD 1081, a decade after Belisarius returned to Constantinople to resume his charge as Military Prefect of the Antonians. Feeling like an outsider after his centuries of absence not just from the Cainite society of the capital but also from the far more mercurial mortal one, he conceived of a need to quickly refamiliarise himself from the perspective of a mortal. He seized upon the intelligent and shrewd Armenian as just the teacher that he required, and she instructed him to the best of her abilities, even accompanying the Military Prefect on several of Alexius Comnenus’ campaigns to the east. Finally she was judged to be ready by Belisarius, and he petitioned Basilius Caius for the right to Embrace his loyal servant.

Between them, the armies of Emperor’s Alexius and John II Comnenus (with the aid of their secret mentor, Belisarius ) reconquered much of the eastern territory lost as a result of the disaster at Manzikert. In AD 1123, Helena was named as Eastern Praetorian Prefect when Andronicus Ducas, her predecessor, was slain by Seljuk Gangrel while visiting Ephesus. For the next several decades, she was constantly on the move, even siring in several cities throughout coastal Anatolia. Indeed, she and her sire were very close, and she travelled with him for the remainder of John’s campaigns in the east. She was there in Cilicia when the emperor suffered his untimely death (rumoured to have been at the hands of an Assamite assassin).

In the years afterwards, Helena’s fortunes waned along with those of Belisarius. In the middle of the 12th century, she was in frequent contact with every Byzantine prince and Scion family in the east. By the turn of the 13th, only Prince Niketas of Nicaea was in regular contact, and then only on a quid pro quo basis. She was not completely without influence however, for she was known as the most direct route to the ear of her eminent sire. Helena kept close to his side during all Trinity gatherings, and often lingered a while after he retired so that others might petition her for an audience with him. In November of AD 1196, she performed this function at the Blood Feast in the formitive Concord’s honour, where they saw both Nicepherus’ and Anna’s factions lobbying for her favour.

She was known to have friends among the Baron’s Gangrel, particularly Verpus Sauzezh and the other Turks, and they visited with her regularly in one of the courtyards of the decrepit Great Palace. Helena was also a strident and hostile critic of the greedy Latins, and had been heard to say more than once that if only the western provinces of the empire could be secured against them then the east could surely follow. She was known to work towards this aim, usually around the flaccid attempts of Basil, the incompetent Western Praetorian Prefect.

Evidently, her agitations caught up with her in 1199. While meeting with Sir George Scarvaryan, the emissary of the Grand Court of France, Helena was attacked by an assassin. Her bodyguards were cut down easily by her attacker, but the Norman Ventrue showed himself to be an adept warrior in her defence and while he went to the Final Death for his efforts, the clamour of his desperate bid to save their lives raied the attention of others. Her would-be assassin was driven off by the fortuitous arrival of Symeon, Petronius, and the Arbiter’s bodyguard, Sariel, who happened to be nearby. The assassin managed to escape, and unfortunately some poison her attacker used sapped Helena’s vitality to a such a grievous extent that she entered a lengthy torpor from which she could not be awoken.

Helena the Armenian would remain in this broken state for some 4 years, until January of 1204. Belisarius kept her under a 24 hour watch by his best Varangian ghouls and several of the Varangian Cainites that still desired to serve him. It would take the brilliance of Sister Maude Khlesl to quicken Helena once again. Combining her mastery of the art of Mortis and her study of the Cainite physical condition, the Cappadocian was able to create a ritual to undo the worst effects of the strange poison that had robbed the Prefect of her vitality. The ritual was difficult. It took some months to devise, and was done so against the objections of Belisarius’ romantic companion, Shabah, who warned Maude that Helena was a treacherous and villainous intriguer, unworthy of her efforts.

The Assamite diplomat became resigned once it was clear that she could not dissuade the younger vampire, and she stood at Belisarius’ side as the Cappadocian enacted the ritual. It was then that the reason for Shabah’s objections became clear. The brief touching of minds that occurred revealed that Helena had known that it was indeed an Assamite assassin who had shot and fatally wounded Emperor John Comnenus with a poisoned arrow all those years ago. Moreover, Maude discovered that the assassin was none other than Shabah, Belisarius’ lover now and also of centuries earlier. And finally, that Helena had blackmailed the Assamite for years with that knowledge, forcing her to assassinate the Ventrue ancilla’s enemies as well as random Latins that she felt were a threat. And finally, Shabah was also the source of the injury that had laid Helena low, a fact that the younger Ventrue now maliciously shared with her sire the moment that she awoke.

As Helena’s eyes shot open and she looked accusingly at her attacker, the Assamite simply said, “I’m sorry, husband.”

Shabah then fled, shamed and distraught, with Belisarius setting off in furious pursuit.

Presumably, the elder Military Prefect caught up with the Assamite soon after, and whatever explanation was given must have satisfied him. Shabah was forgiven and Helena cast out of her sire’s confidence. She was left to her own devices, with few friends or recourse to her former place in the last months of the Dream.

When the city fell, Helena went to ground. She managed to survive the Great Sack, and tried to rebuild her existence in the uncertain months that followed. In this, she was unsuccessful, for the Latins had little interest in a powerless ancilla, and most of the remaining Antonians resented her for her sire’s “failure” to defend the city. Soon after the riots of 1205 robbed her of the last of her opportunities, she fled the city and made her way to the refugee camp at Adrianople. There she would languish in a fallen state until several years later, when she was among those who journeyed to the West in the refugee caravan of the Ashen Priest, Anatole. 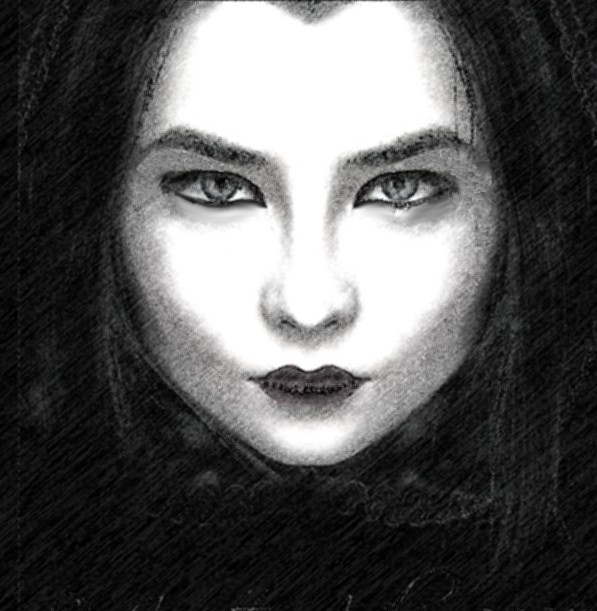