Called the Hag Princess by those who know of her, this Nosferatu seems to be a curious blend of hideousness and feral majesty. She rules a collective of mortals and vampires in the midst of the Buzău Pass.

This blue-skinned, hideous woman is tall, muscular and covered in gore, yet also fine-boned and graceful. Even through her monstrous ugliness it is not hard to imagine that she was once very beautiful. There is a strange sort of primal majesty to her. She wears the barest remnants of a peasant girl’s dress.

Encountered by the Ashen Band at Balvanyos, a village in the western heights above Bodzo (Buzău) Pass, this revered Nosferatu received the strangers in a manner akin to that of a prince, or a voivode. Standing at the mouth of a cave entrance, surrounded by the strangely young villagers and her 12-strong brood of descendants, the Hag Princess seemed invincible to the coterie of Siebenburger neonates. Curiously, it was apparent that she was using nothing less than mastery of the Presence discipline to impress upon them the majesty of her personage and station. Even so, Hyacinta’s imperious demeanour belied the actual weakness of her position, for despite her many Cainite followers, the majority of them were neonates or, in fact, fledgelings, and the mortals who served them and supplied them with vitae where scarcely older than children. At least, certainly there were no crones and greybeards among them.

Indeed, when she met with the coterie, she had for her part already agreed to their petition in principle, as presented beforehand by Sága and Lekszi. Speaking through intermediaries, her only demand was that the army of Saxons, Hungarians, and Frisians marching through her valley hide their cruxifixes, whether they be on banners or persons, lest the wrath of the Uta and the Mosi d’Iarna (Winter Ancestors) be aroused. If they agreed to this, she would speak to the Uta for them, and the Uta might, in turn, be persuaded to speak with the Winter Ancestors. Hyacinta was not at all clear regarding exactly what the Uta was, but the coterie assumed that it must be some sort of ancient pagan nature spirit that watched over the valley. As to the Mosi d’Iarna , the Ashen Band had already seen those fey and fearsome creatures from afar, and were not at all interested in making enemies of them.

In the weeks leading up to the expedition, Lekszi had been loquacious enough concerning the Varganyi clan and their Nosferatu protectors, but he had been comparatively quiet concerning Hyacinta, her brood, and the village of Balvanyos. He volunteered that, in part, this was because he revered his ancestor, and would not dare part with her secrets. However, in addition to this, Lekszi freely admitted that he knew little of her origins, or how she came to claim the Bodzo Pass as her dominion.

He does know that she is quite old, and that centuries ago she fought the expansion of the Christian Ventrue into pagan Polish, Bohemian, and Moravian lands before travelling to Transylvania. There she fought the Tzimisce, and later the Christianised Hungarian Ventrue, for her place, and sired many childer in the trackless wilds. A good number of the clan throughout the old country, most of them walkers on the via Bestiae , count her as their ancestor, and she is thought to be one of the oldest, and most powerful, of the Nosferatu in the region.

Hyacinta gained a reputation for being a hard creature, capable of great cruelty and ruthless cunning. Even Christian Nosferatu are no brethren or sistren to her, and are as likely to face her claws and fangs as any other. Some time around the turn of the 12th century, she encountered the Uta, and some sort of alliance was formed. Since that time, she has made her home in the ancient, hidden village of Balvanyos, peopled by a melange of Vlachs, Avars, Pechenegs, and Szeklers. It was common to Embrace warriors and wise women from among the villagers, but as the concept of true immortality is foreign to them, few would continue “the Vigil” for much longer than a couple of mortal generations before they elected to move on, rejoining their ancestors.

The people of Balvanyos keep the old ways alive, in particular with regards to keeping the Nailed God out of the valley, but also in propitiating the ancient and fickle creatures that they call the Mosi d’Iarna, or the Winter Ancestors. Dwelling in the icy mountain expanses and caves to the south, in the heart of the valley, these Winter Fae have been tied to the land there for time beyond memory. Malicious and capricious in the extreme, even by Cainite standards, these cruel creatures are responsible for keeping something even more ancient and malignant safely locked away in the earth. A rough alliance of convenience, forged on the grounds that the pass should remain inviolate due to the ancient evils that slept there, has been the order of the night for centuries. This is the peace that the armies of Kordönül had broken.

Hyacinta ventured forth, with her oldest and strongest childer, to destroy the impetuous ceribasi. Intimately familiar with the terrain, and bolstered by the earth magics of the Uta, they were confident of victory. Unfortunately, to their dismay they discovered that they were outmatched by the warlord, whose experience in battle was backed by Koldunic sorcerers and loyal Nosferatu of his own. Sorely wounded in battle with the Gangrel, the Hag Princess was carried from the field by loyal ghouls while her coterie sacrificed themselves to cover their retreat. Indeed, she was injured so badly that she was forced to take the rest of torpor to recover from her wounds. Before she did so, however, she made one final decision. The chieftain of the Varganyi, Miklós, who had served as her ghoul for many years, desired to carry on the fight and take revenge on the Cumans. He begged her for the Embrace and, demoralised, she granted it. In hindsight, though, she came to regret the decision. Miklós persevered with his ever-diminishing cadre of elite warriors, but they were finally routed not even a season after Hyacinta entered torpor.

Senseless, she slumbered under the watchful eye of the Uta and her loyal chronicler, Irnek, who served as her translator on the occasion of her meeting with the Ashen Band. In her absence, the delicate alliance with the Winter Ancestors became brittle, especially when their own ancient charge, a mountain shaped like a pyramid, was violated. Infuriated, the Fae become involved in the conflict, and took to slaying all foreign mortals and Cainites that they encountered. After several years, the Hag Princess awoke once more, but her position in the valley was far from secure. Miklós and his coterie of blood brothers had grown strong, but savage, without her guidance, and the chieftain had become headstrong in his power. Hyacinta had hoped that he would be an avid and capable student, but after a brief attempt at proper instruction his impatience got the better of him, and he began making sorties of his own. They quarrelled, and he decided to take his leave. His pride, vengefulness, and impatience would eventually bring him the final death at the hands of the Ashen Band, leaving Hyacinta’s brood without any strong candidates for a warmaster.

And so, despite the awful majesty that she displayed, invincible Hycainta was not. Like the Nosferatu of the Varganyi, Hyacinta failed to keep Kordönül at bay, and the integrity of both her demesnes and her reputation was shattered. While the survivors of her Brood gradually returned to her, and she encouraged them to Embrace the worthy once more, they are young and relatively inexperienced. Moreover, whatever ancient bargain that kept the Cainites, the Uta, and the Winter Ancestors in equilibrium had also been disrupted. Beneath her indomitable exterior, it would seem that the Hag Princess’ confidence was shaken, and for the first time in centuries, she needed allies.

The Ashen Band would prove to be successful in restoring the wards around the pyramid mountain and placating the Winter Ancestors, who subsequently withdrew to minding their own business deeper in the valley. The army that they marched through the valley then took the Cuman army besieging the castle of Buzău by surprise, routing it and inflicting heavy casualties on one of Kordönül’s strongest reserves. This proved to be a turning point in the Cuman War, for the ceribasi was unable to regain the initiative against the armies of Jürgen von Verden in the coming months and after a string of minor defeats, the “devil khan” vanished without a trace.

In the wake of the war, existence returned to normal for Hyacinta and her brood. It will take many years for them to recover their former strength, but the Hag Princess remains grateful to Sága (Vladka) and her allies among the Ashen Band.

Embrace: Unknown. Lekszi believes she was brought across early in the tenth century.

Lineage: Childe of Gutka, the Salt Queen, Childe of Baba Yaga, the Iron Hag, Childe of Nosferatu. The Hag Princess is of the 6th generation. 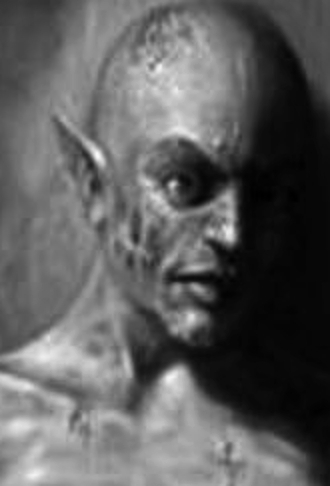