Once a merchant of Constantinople, this Lasombra now makes his home in Jerusalem.

“Believers, do not exchange your property in wrongful ways unless it is in trade by mutual agreement (Holy Quran 4:29)”

Ibrahim Yilmaz has weathered but well kept & defined features with a sturdy jaw line hidden beneath a thick and naturally kept beard. His dark eyes are warm and brown, separated by a prominent nose and sitting below bushy eyebrows usually reserved for men of his age. His hair, naturally dark brown in colour is showing streaks of grey and is neatly tied and worn back to reveal his kind and considered gaze.

Those that have seen Ibrahim might note his plain fashion which alternates between the attire of his ethnic roots in Greece and that of his birth in Konya. He would be completely unassuming if it wasn’t for a very well-crafted medium length crusader longsword hung upon his hip and the self-assured manner in which it was carried.

His friends know that Ibrahim has always lived his life by the Qur’an and the teachings of Muhammad and is slow to anger, quick to forgive and long to remember.

Ibrahim is a recent arrival to the city of Jerusalem who has quietly &respectfully followed all traditions of kindred society to ensure a smooth and peaceful transition to his new life. After purchasing a modest walled villa within the city a convenient distance from storage facilities, the merchant quarters and the grand mosque he has begun ingraining himself into polite society.

As it is the will of Allah for all who believe, Ibrahim has always preferred to take a gentle and considerate approach with his business dealings, focusing on long term mutually beneficial outcomes. His warehouses have begun to see a steady movement of salt, spice, cloth and bulker items as his patient approach has begun to bear fruit with the suppliers and merchants of the area.

It is clear that apart from Islam and trade Ibrahim has a soft spot for street urchins with a number of orphaned children now living in his villa. He has also regularly made donations to the mosque to assist with their work in this area.

His man servant Alexios Gavan is a powerful looking individual with a mean cast to his features and a hollow laugh which occasionally slips from his lips. With one of his ears missing, a nose which has clearly been broken as well as fingers which appear to have been set at a number of odd angles it is apparent that his body has seen better days. Despite his appearance Alexios’s eyes give away his deep intelligence and he has been regularly seen during the day articulately negotiating with a number of individuals throughout the city.

Childe of Yusefoglu Iskender, Childe of Safiye Zarif, Childe of Bahram of Estakhr 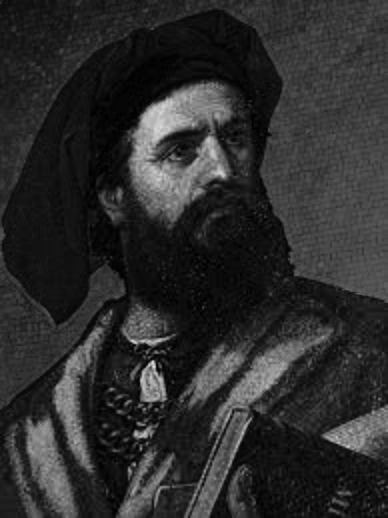