Grandchilde to Gabor the Bulgar, this minor knez was long a vassal of Basilio the Elder. Although he allied with Gabor to reclaim Sophia, he was actually a double agent placed by Bela Rusenko, and he readily betrayed his grandsire to the Cappadocians.

A tall, angular young man with long, wavy black hair, a light beard and moustache. He has a grave, serious mien and a tendency to hold himself in a deferential, formal stance. His clothes are of a thick black wool, richly embroidered with gold and silver thread, and he wears a gold pendant in the shape of a raven as well as an identical signet ring. His mail haubergeon, kite shield and weapons are all quite new, and of excellent quality.

This ancilla is knez of a small domain high up in valley pass between the mountains of Vitosha and Lyulin, some 9 miles south-west of Sophia. The village and small castle over which he presides are one of several satellite knezates to that city, and Vladaya has existed since at least the founding of the First Bulgarian Empire.

A grandchilde of the infamous Gabor, he is thus consanguineous nephew to Veceslav Basarab and Grozdan of Trnovo, as well as cousin to Gunnald Ivarsøn. His late sire, Nedyalko, was one of the younger progeny of Gabor when he yet ruled Sophia (or Sredetz as the Bulgarians call it) and held many of the knezi of the empire in his power. When Basilio the Elder launched his coup and ousted the tyrannical Gabor, Nedyalko was among the many who betrayed his sire in order to keep his own domain.

He would remain a vassal to the Lasombra prince of Sophia for almost 150 years, with resignation at first and then much more begrudgingly as his own power grew. He would bring Iordan across in 1106, telling him of the glories of their bloodline before Gabor’s fall from grace. Iordan would come into an appreciation of his grandsire’s style, and he would also grow into an understanding that while his own sire betrayed Gabor, he did so purely out of a sense of self-preservation. In 1136, Nedyalko’s own ambition got the better of him and he launched a bid for for Sredetz himself, but he underestimated the support that the Sophian Lasombra enjoyed as regional Scions of the Antonians. For his part, Iordan participated in Nedyalko’s ill-fated coup, but not only was he spared and forgiven, but Basilio gave him lordship over Vladaya as well. Over the many years since that doomed coup, more than one Cainite has idly wondered whether Iordan secretly sold out his sire for his own advancement.

In 1204, Gabor finally decided to return and take back his city. Owing to the dissolution of the Byzantine Empire due to the depredations of the 4th Cainite Crusade, Basilio had been placed in an untenable situation, so Gabor was forced to move before he was truly ready. He assembled a cadre of willing vampires that was much diminished compared to the hopes of his machinations, and they marched on Sophia. On the way through the mountain pass of Vladaya, he informed Veceslav and the others that he had been in correspondence with the knez there for more than 40 years, and that this descendant was worshipful of him and committed to the cause. Shortly thereafter, the knez rode out with his 30 men and, apparently awed by his grandsire, he immediately took a knee and asked for Gabor’s blood to cement his vassalage.

This was all the confirmation that the elder seemed to require, and Knez Iordan and his men were folded into Gabor’s small army. The knez also displayed deep respect for his blood-uncle, Veceslav, saying that his reputation had well and truly preceded him. Iordan rode next to them on the trail, quietly laying out the state of the court in Sredetz, and inquiring as the secret ways into the castle that Gabor had had constructed, as he knew that Basilio had never discovered them.

Gabor did not speak of those passages, but Iordan would see them soon enough as the battle coterie made their way into the castle. He would station some of his men at the secret entrance, and others near the exit, and still more on the parapets alongside the Black Lion mercenaries. They fought alongside their allies of convenience, doing their part to slay the warriors of Marin of Pernik and Ivaylo of Vratitsa and to secure the castle. Iordan proved to be a capable combatant, but not nearly so fearsome as Veceslav or Svenin the Tall, so he played his part by securing their flank.

Suddenly, yet another band of Cainites entered the fray, coming through the same portals that Gabor had used to move them secretly into the castle. Leading them were several Cappadocians, the most fearsome of whom was Bela Rusenko. And at their side were the men of Iordan of Vladaya. Gabor had been betrayed yet again. His treachery revealed, Iordan slipped back into the lines of these new attackers as they struck at the winnowed ranks of the other coteries.

Gabor’s people fought hard but they were exhausted and their morale broke when the old Tzimisce himself fled, taking the Blood Form and slipping into a drain when it was clear that he had lost. Some of his deserted followers escaped, other were slain, and a few were taken prisoner. Among those last were Svenin and Grozdan, Iordan’s neonate consanguineous uncle. Both managed to survive the aftermath, and neither were fond of Iordan in the terms of service they were required to perform in the years to come.

For his part, Knez Iordan accepted their hate and disgust with equanimity, for he has prospered as a loyal vassal of Prince Bela. In return for his treachery, the new power of Sophia has granted him freedoms and domain within the city that Basilio never did, and Gabor likely never would. Existence is good for the knez of Vladaya, and he is prepared to bide his time while he grows his power and influence, mindful of the mistakes that have plagued his fallen kin.

Lineage: Knez Iordan of Vladaya counts himself among the 8th generation. He is the childe of Nedyalko, childe of Gabor, childe of Demenaus, childe of Ionache, childe of the Eldest. 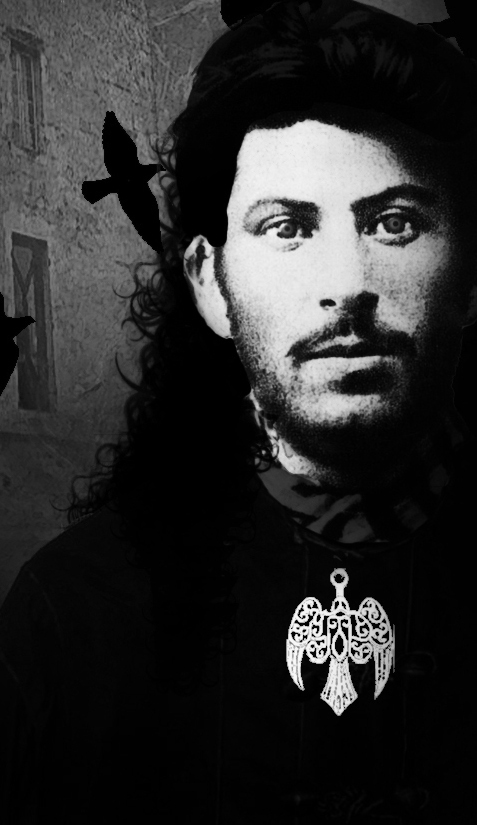