The only surviving Nosferatu follower of the vanquished Marelle, this vicious Cainite escaped the destruction of the Hell Hounds. She is at large.

This putrescent night demon resembles some disgustingly monstrous cross between a woman, a bat and a lizard; fleshy folds of scabrous, scaly skin enfold her wasted, naked body, as if she was once much larger but the fat has melted away. Two particularly ample folds enjoin her elbows to her knees, and when she raises her arms two rude, gliding wings are displayed. Patches of wiry hair erupt from her shoulders, back and pubis, while her ragged black hair frames hollow, hungry eyes, a bat-like snout and a ragged maw dominated by needle sharp fangs. Both fingers and toes sport long, wickedly curved bone-crafted claws.

A member of the Cloven Peak pack of Hell Hounds and a slavish follower of Marelle, the Sculptor of Wolves, this Nosferatu was first encountered by Svenin, Brother Berengar, Sir Ulrich and Marius when they approached the Black Cave in May of AD 1214. The combined might of Marelle’s followers, some 20 Cainites in all, lounged about the clearing outside the cave, watching transfixed as the koldun, Vasilica, preached about the Omen War, the old gods, and the despicable weakness of their enemies. Irina, whom Marius would shortly refer to as the “bat-lizard Nosferatu girl”, sat clutching at the leg of Gertraud the Foul, while a male Leper (Fane) massaged the shoulders of the noxious creature. The rest of the Hell Hounds kept an unconscious distance from the three of them, staying away from the foul miasma that seemed to cling to Gertraud.

Irina laughed nastily at the crude jokes and vicious boasts that the others made about the fate awaiting the good bürgers of Hermannstadt, once the Brood fell beneath the fangs and claws of the Hell Hounds. She reserved her loudest mirth and adoration for the Sculptor herself, but she also seemed to fawn over Gertraud as would a lover or childe. Even so, when Svenin would later hear her recite what little of her lineage she knew (or cared to relate), it was clear that while she looked at the older Nosferatu as her sire, they were not related directly by the blood. Irina appeared to revel in her power to revolt others much like Gertraud did, and she enjoyed watching the strangers struggle to maintain their composure in the face of her naked ghastliness.

During the Battle of the Black Cave, Irina accompanied her mentor and a number of hell hound ghouls into the fray, seeking to outflank the Brood and the Concord. While Gertraud drove straight for the Toreador, Maria, and her servants, Irina chose to attack the ghoul warrior, Agmundir. Perhaps reasoning that even a formidable-looking mortal was still mortal nonetheless, Irina thought she would make short work of the Dane before moving on to assist Gertraud. A powerful, vicious cut from his axe disabused her of the notion, as well as almost ending her existence outright. Luckily, as she desperately scrabbled away from the ghoul, several hell hounds lunged at Agmundir, occupying his attention.

As she then took stock of the battlefield, Irina’s face knit in consternation as she watched the bloody tide of the Hell Hounds break against the combined might of the Brood and the Concord. She saw her beloved master, Gertraud, felled solidly by yet another “lowly mortal”, and then she met the gaze of Maria. Smiling sweetly, the Toreador then bared her fangs and gave the Nosferatu the full force of her Dread Gaze. Together with the shock of seeing her mentor fall, and the pain from her own wound, the strength of the Maria’s Presence was enough to see the Noferatu’s courage fail entirely. Caught in a Fox Frenzy, she fled the field, her petagiac wings flapping almost comically as she scurried away into the woods.

Irina was not apprehended in the nights to come. When members of the Concord and the Brood investigated the haven of the Cloven Peak, they discovered the “bat-lizard Nosferatu girl” had cleaned it out of any valuables, going so far as to dig a number of holes to recover the treasure of her pack-mates. Irina had vanished into the Transylvanian night, either to join up with Corneliu or to return to the desperate, outcast life of a vampire devoid of domain or master. In either case, it is unlikely the Concord have heard the last of her…

Embrace: In 1214, Svenin overheard Irina proudly boast that she had murdered more than 2000 people in her 35 years of unlife. Whether the number of her victims is true or not, Irina was likely Embraced around AD 1179.

Lineage: Childe of Walgrut (d), Childe of Adél, Childe of Lestkov (d); further lineage unknown. Irina did not provide her generation when she gave her lineage to Svenin the Tall, but when he related it to Adalbert later on, he recognised Lestkov as the late Keeper of Elysium for the city of Wrocław. A Nosferatu of minor fame, Lestkov met the Final Death in the intrigues surrounding the Piast dynastic troubles in the mid 12th century. He was of the 8th generation, which makes Irina of the 11th. 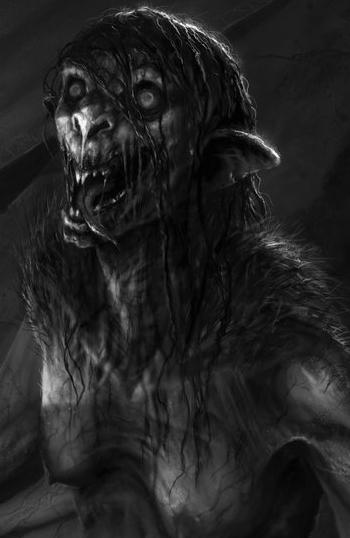