This ill-fated man was emperor of Byzantium between 1182-1195, and then briefly once more in 1203-1204. Deposed, blinded, reinstated and used by more wilful and ruthless men, he died a pathetic, fearful, ruined shell of the man he once was...

Isaac II was a middle-aged man, old before his time from the trials he had suffered the years before his death. He was clearly blind, and the habitually tentative, pained expression on his deeply lined face, once adjudged handsome, betrayed not just lack of sight, but the intense physical and mental stress of his position. Grey streaked his thick dark hair and beard. His heavy frame, draped in the porphyry robes of his station, might have once supported an athletic build, but it had long since turned to flab.

(modified from the wikipedia article)

Isaac II Angelus was born in Constantinople in 1156. As a first cousin to both the Ducas and Comnenus families, he was raised in luxury and influence. As a young man he was noted for being bookish by nature, and generally unassuming in character. This all changed when the short reign of Andronicus I Comnenus slipped into tyranny. Along with his father, Andronicus Ducas Angelus, and his brother Alexius Angelus, Isaac’s visibility made him something of a lightning rod for political and public dissatisfaction with the last emperor of the Comneni. The policies of Andronicus I had made him deeply unpopular with the nobility, and the support of the hoi polloi that put him on the throne proved fleeting when his needless brutality alienated them. Many sought the advice and patronage of the Angeloi in such uncertain times. Isaac was the only member of his family present in the capital when matters reached a head, and so he was thrust into his destiny.

In September of AD 1185, Andronicus I, who was absent from the capital at the time, ordered Isaac’s arrest on the grounds of sedition. His chosen agent to carry out the order, Stephen Hagiochristophorities, was slain by the then 29 year old Angelus in self-defence. Isaac then fled into sanctuary at the Hagia Sophia, and appealed to the masses for their protection. Instead, a great furor arose and they proclaimed him emperor. When Andronicus returned to Constantinople the next day, he was seized and savagely executed by the masses.

Isaac reigned as Emperor from 1185 to 1195. The beginning of his rule was promising, with early victories over the Normans in Thrace and the Balkans as well as the promotion of capable commoners on the basis of merit. His initial attempts to strengthen his dynasty through advantageous marriages of his niece to Stephen, the son of the Grand Prince of Serbia, and his sister to Conrad, then Marquis of Montferrat (and brother to Boniface who would one day lead the 4th Crusade), were successful. He also took Margaret, the youngest daughter of King Bela III of Hungary, for his own wife, thus linking his families fortunes with the wealthiest kingdom of Europe. Unfortunately, these alliances were expensive, and the heavy taxes levied on the western provinces led to a revolt in Bulgaria, which in turn set off a civil war with his most successful general in Thessaly. By 1187, Bulgaria had been lost altogether and both the western and eastern provinces were in near constant strife.

No sooner had the revolt in the West been put down than the Third Crusade arrived on the doorstep of the empire seeking egress to the East. Frederick Barbarossa was an unwelcome and insistent “guest”, and Isaac’s continued impediment to the Holy Roman Emperor’s journey led to a great deal of strife and unease in the empire. The troubles with Bulgaria and within the Western provinces never ceased, and the emperor spent much of his time in the field, ineffectually attempting to stem the tide of revolt. Isaac II’s rule never really recovered from the strain of these years, and in 1195 he was deposed in a palace coup by his own brother. Alexius III was merciful, and had Isaac blinded and imprisoned rather than slain. There, with his family, the deposed emperor languished for 8 years until the 4th Crusade’s defeat of his brother’s regime.

He rose again in July of 1203. On this occasion he was put forward by the aristocracy of Constantinople, who had been left without an imperial figurehead because of the flight of Alexius III. During the First Battle of Constantinople Isaac’s older brother, unnerved by the military efficiency of the 4th Crusade, had stolen a considerable portion of the treasury and fled into the night. It is likely that the nobles who nominated Isaac sought to return to his good graces, and also that he would provide a moderate and capable answer to the crusade’s demands. However, Isaac II was blind and, as such, he would be an inappropriate figurehead to the common people. Boniface of Montferrat, Baldwin of Flanders and the others insisted that his son, their ally Prince Alexius, should be crowned co-emperor as well.

For the next six months, Isaac found himself ignored and marginalised by the arrogant young Alexius IV, who was willing to do anything to secure his throne but lacked the foresight to see how his misguided and heavy-handed efforts to do so were steadily eroding his credibility with all parties. Unfortunately, the aging and blind emperor had become a puppet even to his own blood. His counsel simply failed to get through to his son, who was flush with his success and the brilliance of his own imagined genius. Indeed, Alexius IV made it clear on more than one occasion that he felt that his father was falling victim to senility. Isaac was thus powerless to stop their decline, and so came to rely on the loyalty and kindness of the palace chamberlain, Alexius Ducas, to see them through. Their kinsman seemed to have a certain facility for reasoning with his son; perhaps he could avert disaster? Sadly, that trust was sorely misplaced.

On January 27th, 1204, with a revolt fomenting in the streets and fear gripping the palace, the chamberlain was instructed to make one last rapprochement with the 4th crusade. Instead, he imprisoned Isaac II and Alexius IV and, with a wave of popular support, had himself declared emperor in their stead. Within a fortnight, Alexius V Ducas had presided over the death of both his predecessors. Alexius IV was poisoned a number of times before being strangled on the 8th, some say by Alexius V himself. As for Isaac II, he conveniently perished on the night of February 12th.

Was it foul play, a stroke, or simply a broken heart and will borne out of fear and hopelessness? It is likely that the answer will be lost to the lies of history.

Isaac II Angelus, though mourned by few, was survived by his widow, Margaret of Hungary (known as Maria to the Romaioi_), and his sons John (born 1193) and Manuel (born 1196), all of whom remained imprisoned at Blachernae at the pleasure of Alexius V. Margaret would be liberated by Marquis Boniface of Montferrat during the Great Sack, and she would later marry him and bear him a son, Demetrius. John would eventually find shelter and favour in the court of his uncle, King András of HungaryHungary. As for Manuel, he disappeared during the Great Sack and is thought dead, but the Concord knows that he was Embraced by a Toreador elder who at that time went by the name of Corvus. 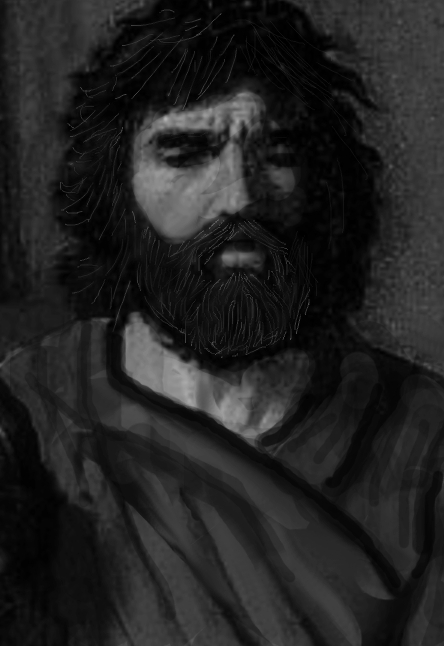