This tough neonate has the face of an innocent but the heart of a hardened street fighter. Before the Great Sack, she led a ganag of Carrion in the Latin Quarter. After it, she fled the city and has not returned.

When she dwelt in Constantinople, Isabel appeared as a wisp of a beggar girl in her early teens, clad in cast-off clothing and caked with the dirt of the streets of the Latin Quarter. What little of her blonde hair that wasn’t tangled was braided to keep it out of her brown eyes, which held a calculating, predatory light. She moved with almost unnatural agility and grace, and tended to habitually slip from shadow to shadow. The waif was armed only with a small, battered belt knife.

(modified from Constantinople By Night pp.95-96)

Isabel’s youthful appearance conceals a sharp intelliect and vicious nature, well-suited to a hard existence on the streets of the Latin Quarter.. Until the Great Fire of 1203, she and her gang of Carrion (Caitiff) were one of the stronger factions in the Genoese Quarter, but the conflagration left their ranks winnowed, their communal haven destroyed and their wealth gone.

One of the many Latin children who was orphaned after the riots of AD 1182, she grew up on the streets using her natural talents as a thief to make a living. Embraced by a Gangrel (some say it was one of the Baron’s men) during a frenzy, she was left to fend for herself in the hard streets of the Latin Quarter. Her blood took to the extent that she is clearly a Gangrel of the Greek bloodline, but she knew little of clan customs and identified more closely with the many Caitiff that made their homes in the quarter. A natural leader, she soon attracted a small gang of other so-called Carrion, and their loyalty to each other was as strong as any ties of clan or bloodline. In the past, a number of Latin bishops (particularly Gabriella of Genoa) used her services in return for their protection, but she and her gang amassed enough power after the turn of the 13th century to ignore their overtures. After the inferno destroyed their home and turf, however, they once again were forced to seek out a stable footing to meet the vagaries of existence in the quarter.

She was largely ignorant of the Cainite world outside the Latin Quarter, and cared little of the city beyond her gang and their herd. She thought the Trinity and the Dream to be a myth until overtures by Baron Thomas Feroux and his Gangrel altered her opinion that they are little more than an unlikely lie. For his part, Baron Thomas and his advisers exercised uncharacteristic patience in their attempts to bring Isabel and her people into their fold, but the effort failed to bear fruit before the city fell to the 4th Crusade.

During the Great Sack, Isabel and the remnants of her gang did their best to stay out of the worst of it and hide until the violence, looting, and destruction subsided. Unfortunately, however, their hiding place in the basement of an old church was uncovered by mortal crusaders. Their attempts to fight off the armoured and skilled warriors were valiant, but they failed to protect themselves and most of her Carrion went to the Final Death.

Overcome with guilt at her failure to save her fellows, and disorientated just like many thousands of her fellow Constantinopolitans, Isabel abandoned what was left of her coterie and fled the city. She wandered for a while before making her way to the refugee camp at Adrianople, where she languished for years before she moved on in a caravan led by the Ashen Priest known as Anatole.

Lineage: Sire unknown; It is thought that Isabel was sired by a visitor of the city or perhaps one of the Baron’s Gangrel, and she is lucky that her blood has taken. For her part, she cares little for such distinctions, but those adept at judging the generations of Caine considered her to be of the 12th generation. 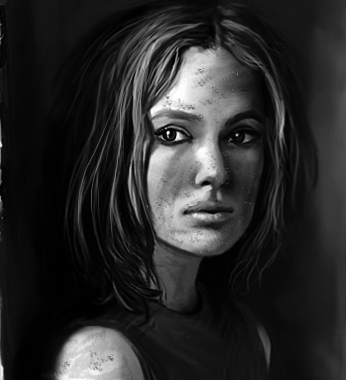