A daredevil Cuman raider who delighted in slaughter, pillage and rape, this Tzimisce was a favourite of Voivode Koban. He was destroyed by Veceslav Basarab.

Jimuz was a short, bandy-legged Cuman warrior with a broad moustache, deep claw scars marring his face, and long salt and pepper hair, tucked under his helmet and braided behind his back. He wore bear and wolf furs over scale armour, and kept a sabre, a knife, and a quiver containing a composite short bow and arrows at his belt. His cruel brown eyes were so dark as to be nearly black.

Jimuz was a cocky, swaggering horse warrior in the service of Voivode Koban. He was born, lived, died and ultimately found Final Death in service to the inscrutable koldun.

For many years the mortal Jimuz and his fellow Cumans served as raiders for Koban. Jimuz never knew anything other than a life of glorious battle, and the murder, rape, and booty that followed. He and his men were given the Blood at times, to bolster their chances of surviving the incessant Trials by War that his master waged to expand his demesnes, and he proved his worth with his cunning and daring many times. He was one of the servitors involved in pressing Koban’s vendetta against the Obertus monk Zubor, and he was also present when the Baron’s Gangrel descended upon the voivode in return. Many of Koban’s progeny, and very nearly the voivode himself, perished that night. Jimuz was disfigured by one of the Gangrel, but earned the Embrace for his usefulness.

His vicious proclivities lent him a certain aptitude for embracing the Path of the Devil, and Jimuz soon earned the voivode’s favour with his gallows humour, insight into the willful depravity of their via, and the fervour with which he pursued his existence. Of particular concern to him was the ‘weak’ religion of Christianity, which was increasingly taking root among his people. Jimuz became known for the extreme pleasure that he took in torturing missionaries, slaying the converted, and burning their churches.

Many years later he participated in Koban’s Trial by War against Bodor Toth. When the Concord parleyed with Koban on behalf of Dévald and Bodor, Jimuz proved to be the most garrulous of the voivode koldun’s childer. He freely spoke with the coterie, and expressed his eagerness to meet them in battle.

During the final assault on the walls, Jimuz found himself facing off against Veceslav Basarab. The daring and agile Cuman held his own against the more powerful older vampire, and he appeared to relish his part in the bloody battle. Dancing along the crenelations and ducking under the not unskilled but deeply unlucky swings of Veceslav, Jimuz gained the upper hand and dealt several cruel blows with his sabre. When Veceslav erupted into the Zulo shape, the Cuman seemed to be pleased. Instead of recoiling in fear, he saluted the monster before him and continued his attack. The older Tzimisce soon fell to his skillful onslaught.

It was at this point that Jimuz’ overconfidence got the better of him. He turned his back on the fallen knez of Tihuta and pressed his attack on the stubborn defenders of Toth’s gatehouse. When Veceslav arose in a raging frenzy, Jimuz was already committed to battle with Dévald and his bodyguard. Overcome by the rage of his Beast, Veceslav tore into Jimuz from behind, ripping the Cuman’s head from his body and howling his rage and triumph into the blizzard.

Thus ended the bloody existence of Jimuz the Devil.

Years later, several of his descendants served among the hordes of Khan Kordönül. They were among the most vicious and loyal Cuman Tzimisce among his servants.

Lineage: Jimuz was of the 7th generation. He was the childe of Koban, who is childe of Noriz (diab.); Further lineage is not widely known save that he was a descendant of an exotic eastern lineage largely unknown to the west. 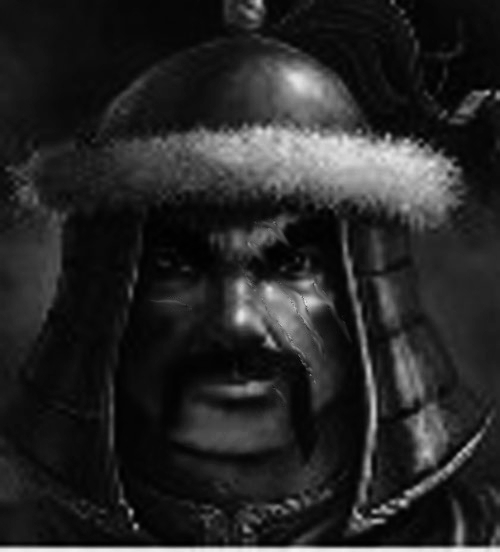