This Maronite Lasombra ancilla represents the Muslim Ashirra Sect in the West, when such is required. She banks on her status as a Christian Arab to gain her safe passage.

A young Arab woman dressed in a simple black aba, although a second look reveals subtle, elaborate black on black embroidery depicting geometric patterns. While her face is more pretty or handsome than beautiful, her long, wavy black hair almost reaches her waist, and her delicate brow is quite expressive. Her eyes are a very pale brown, almost amber in hue. A simple wooden crucifix sits on a string about her neck.

Khadijah Saadeh is an anomaly. Not only is she an influential woman from a culture that does not always recognise their value, but she is also a Christian Arab. A Maronite of Lebanon, she has long plied the waters of the Eastern Mediterranean with a successful shipping company based out of Tripoli, Latakia, and Limassol. Her wealth and influence has grown in the last century, and she prospers in the unpredictable political climate of the Levant. Nevertheless, Khadijah believes that the Crusades have only brought more suffering to the region and its inhabitants- including her own persecuted people. In her mind, it would be better if European Christians would cede overlordship of the Levant to the Muslims and cease their incessant invasions of homeland. To her mind, paying a tax to worship is infinitely preferable to the constant war that plagues her land.

To this end, she has recently emerged from obscurity to offer her services to her eastern brothers and sisters in the Blood of Lasombra, the Qabilat al-Khayal. She believes that her dual heritage may allow her to get a word in throughout the courts of the West whereas a Muslim member of the Ashirra might be refused audience, or even attacked. With centuries of skill at navigating the dangerous waters of Levantine clan politics, and possessed of a thorough understanding of western attitudes through her mercantile dealings, she approached the Ashirra leadership with her plans. The blessing of none other than the redoubtable Suleiman ibn Abdullah was given, and Khadijah journeyed to the West in hopes of holding back the tide of war.

At the summit of the Fourth Cainite Crusade in Venice, she used the oddity of her nature- especially her Christian faith- to stymie the arguments of the more experienced Content Not Found: tomasso. Correctly judging that he knew nothing of her religion, Khadijah argued strongly, as an Arab, on the grounds of the peaceful intent of Islam. Brexiano’s inflammatory rejoinder that “All Arabs are liars, thieves, murderers and Godless Infidels!” gave Khadijah her opening, and she summarily removed her hijab to reveal the crucifix around her neck. The wind taken out of his insult, Tomasso subsided, giving Khadijah the opportunity to make her offer on behalf of the Ashirra- advantageous trading concessions and freedom of religion and domain would be offered in return for cessation of the Crusades.

Sadly, her appeals for common sense fell upon disbelieving ears, and Khadija was quickly ignored. At best, she received only polite disinterest from the gathered Europeans, with the notable exception of Sister Maude, who shared her opposition to the Crusade altogether. The murder of Roland du Rochere the next evening destroyed what little hope remained for Khadijah’s mission. Investigations by the Concord revealed that Assamites were behind the assassination, and the Qabilat al-Khayal diplomat was forced to concede that once this became known, her scant hopes (and perhaps her promise of safety too) were now completely dashed. She took her leave the next evening, and returned to the Holy Land to prepare her kin for war. 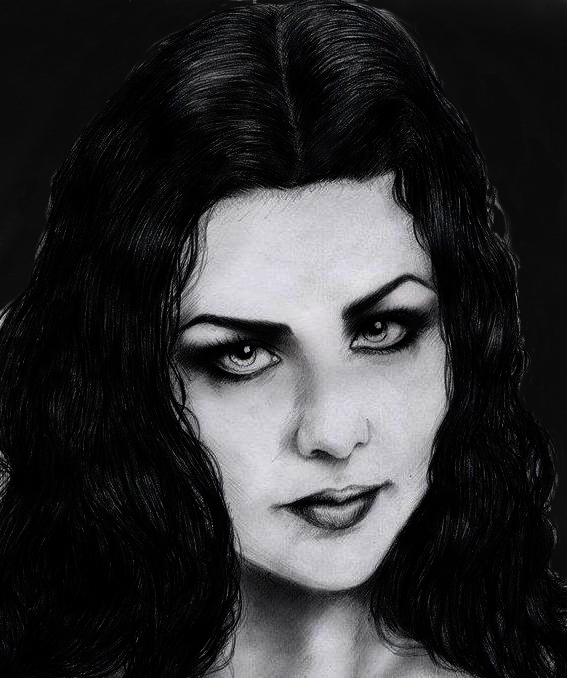