Known amongst the Cainites of the Dream as "the Snake of Eden", this Settite worked for centuries to bring down thew Dream with approval of Michael himself. He was supposedly murdered before the Great Sack, although it is not certain.

A tall Nubian with lustrous dark skin, braided hair dyed red with henna and a several aligned rows of tribal scar dots that extend from one cheek across the nose to the other. His powerful figure is mostly hidden beneath dark robes that are embroidered with intricate serpentine patterns that catch the eye. Black pupils seem to take up his entire eyes.

Khay’tall, a Nuerian tribesman, was in life a slave to a Roman garrison commander stationed in Jerusalem. He has said that he was present when the Christian Messiah was nailed to a cross on a hill outside the city and he watched as the man hung there, suspended like a banner of flesh against a wooden standard, wondering what sort of god would demand such a sacrifice from his children. He would soon have his answer.

One night his master, Comus Setevrius, held a lavish dinner party and Khay’tall was a servant at the event. Soon he realized that some of the guests weren’t human. He watched as they feed on other guests, some of them almost in a frenzy of lust and hunger. Khay’tall approached one of the guests, an Egyptian man of the Nubians named Nehsi – who was one of these supernatural beings – and petitioned to be made like him. When Nehsi asked why, Khay’tall said he realized that nobody is truly free. Everyone is a slave to something, whether it be a vice, religion, or other men. And if he was going to be a slave he wanted to be a slave to something of his own choosing. Nehsi was amazed by this response. He took Khay’tall under his wing and taught him the ways of the Setites.

For nearly a century Khay’tall was a ghoul servant and guard to Nehsi, learning all that he could of the vices that shackled men and monsters. The ancient Follower of Set came to rely upon him, and the Nuerian discovered that his domitor was truly ancient, having served as a mortal man as an explorer, treasurer, and keeper of the royal seal in the court of Pharoah Hapshetsut, more than 1500 years in the past. Finally Nehsi Embraced him and sent him to work at the Temple of Set in the Roman-conquered city of Carthage. While in residence there, Khay’tall met the Toreador Michael, who had previously been known as Beshter the Wanderer. They debated often about the nature of corruption, vice and the struggle that every soul fought to defeat their demons or else become them. Khay’tall convinced the ancient that anything worth building had to be able to withstand the temptations of corruption- otherwise it would be a slave to something greater.

Centuries later, once the Triumvirs had succeeded in setting the foundations of their Dream in Constantinople, Michael invited Khay’tall to join them in order to be the proverbial Serpent in their Garden of Eden. He arrived in 489 CE, and threw the city into confusion and discord. Despite fierce opposition from the Gaul and the Dracon, Khay’tall was was granted the right to sire his own Scion family under the protection of the Michaelites.

Afterwards, Khay’tall did his utmost to prove to Michael that everything is corrupt, and that the snake in the Garden of Eden is not an exterior force that interferes, but rather the inner weakness intrinsic to all. He retained his special status within the city as ‘the Devil’s Advocate’, and sired many other Setites to aid him. Foremost among them was his eldest and favoured son, Sarrasine, who aided him in his appointed task with great skill and a relish that perhaps even exceeded his own. The others came and went, spreading the corruption of the Decadent faction of Settites throughout the ports of the Mediterranean.

He was a larger than life figure of infamy; rumour had it that his web of influence over his fellow Settites extended as far , but was not limited to, Marseille, Paris, Barcelona, Tangier, Tripoli, Jerusalem, and Alexandria, and that he was at the centre of some sort of Settite heresy at war with the Ancients of his own clan. It is certainly known that the Children of Judas thoroughly insinuated themselves into the Byzantine Church and the craft guilds of Constantinople, where they wreaked untold havoc and suffering to the moral and creative firmament of the Dream. They also dominated the seedy underbelly of the city for centuries, a base which faced challenges at the turn of the 13th century from the agents of the Narsene Lasombra.

Khay’tall had little to do with the younger Cainites of the city, preferring to work his corruption on the city’s elders. Even so, during the investigations of the formative Concord in AD 1196, he was observed on two occasions by the coterie. Bernhard saw him quietly observing him from afar at the Silk Road, and also managed to meet the deeply unnerving gaze of the Snake of Eden at the Chrysotriclinium Baths later in the week. The Gangrel was deeply pleased with himself for doing so, as well as secretly relieved that he had not suffered for it.

The old Child of Judas was strangely quiescent during the months after the first siege of Constantinople in June of 1203. As the situation between the Fourth Crusade and the city worsened with the deposition and subsequent deaths of Alexius IV Angelus and his father Isaac II, Khay’tall descended into brooding inaction. By February of 1204, Byzantine forces and the crusaders were actively skirmishing across the Golden Horn.

The evening after Ash Wednesday, a heavily distraught Sarrasine appeared in the Elysium of the Great Palace, screaming about assassination and betrayal, weeping for the loss of his beloved sire and mentor of centuries. Loudly, he made a show of his innocence and his grief. Few believed him, or in truth really cared, for they had more important matters on their mind. Sarrasine disappeared from the Queen of Cities shortly thereafter, and agents of the clan elders who arrived from Thebes a month later seemed to be cagey as to whether Khay’tall had in fact suffered the Final Death. They moved on shortly, apparently quite interested in hunting the Favoured Son.

Embrace: Early 2nd century AD, but it is known that he was a ghoul for nearly a century before his Becoming.

Lineage: Childe of Nehsi, further lineage is unclear, but Petronius speculated that Nehsi might be the childe of Heqaib, an ancient Hierophant of the clan known to be headstrong. Heqaib was the childe of Set. Khay’tall placed himself among the 6th generation. 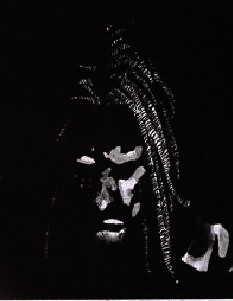