The fantastically wealthy but perpetually anxious prince of the Saxon salt-mining city of Lüneburg, this vampire is the sire of Lucretia von Hartz and Guy d'Arles.

A harried, worried looking man in his middle years. He carries a notable paunch and tends to walk with a stooped, hurried gait. His brown beard is long, full and illustrious; indeed it is the only truly notable physical trait that he enjoys. Only a few wisps of hair cling to the crown of his head, and his beady brown eyes have a shifting, paranoid quality to them. He wears the finery of a noble courtier. 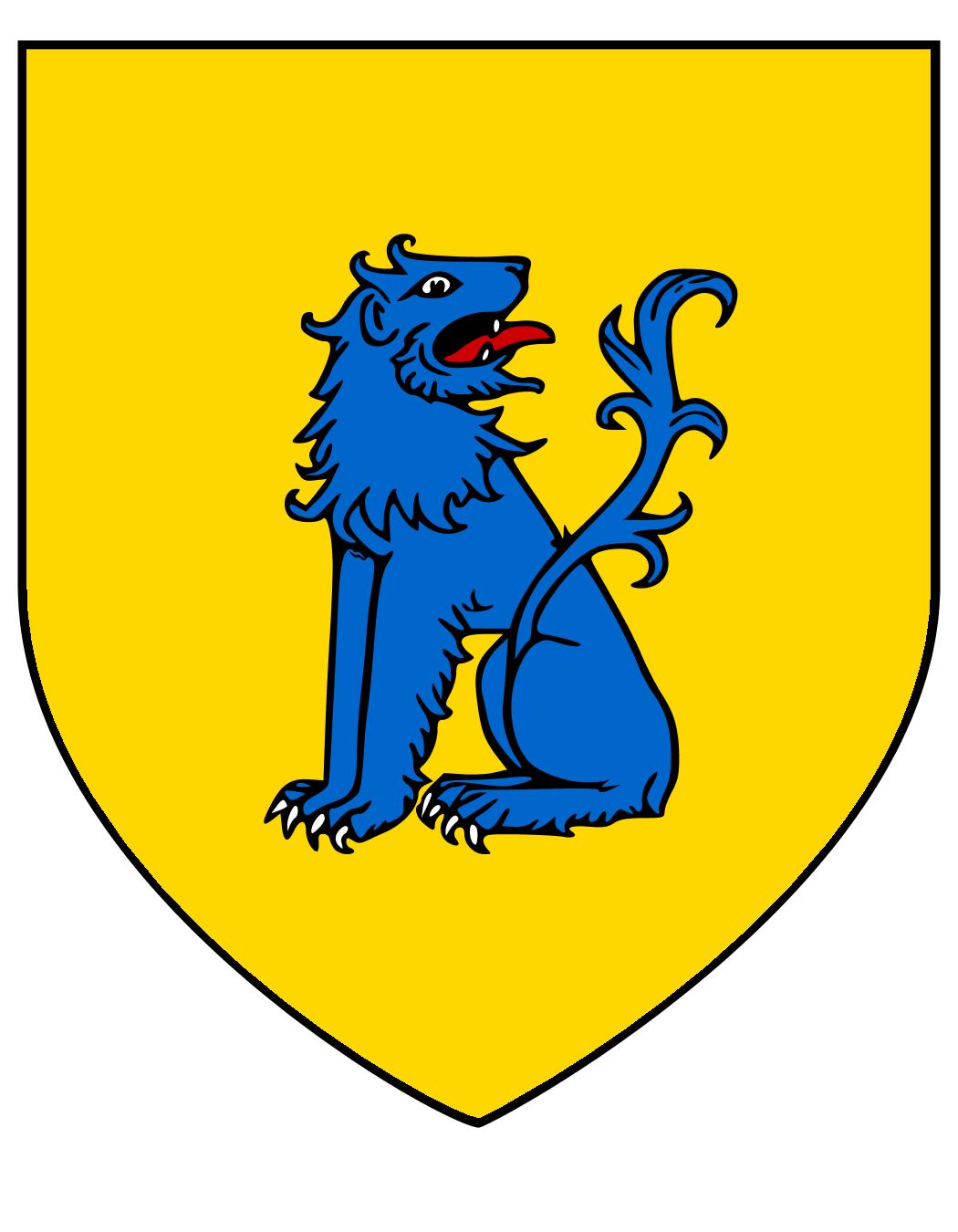 The coat of arms of Kuritz, Prince of Lüneburg.

The prince of Lüneburg is master of one of the most influential Cainite domains in Saxony. He first arrived in the settlement in AD 1039 as a rank neonate of little importance, invited there by his clansman Lanzo, once of the mortal ducal House of Billung. Lanzo’s older consanguineous brother Ulrich von Evern had ruled the castle and village of the Kalkburg for a century, but he had just been destroyed by the Brujah of the neighbouring town of Bardowick. Lanzo spoiled for revenge, but his attentions were necessarily drawn elsewhere, and so he gave Kuritz his endorsement to take Lüneburg for himself. When he arrived, however, the perceptive neonate found that the Salt Quarter of the diffuse villages that made up the settlement was where his true strength might be seeded, and so he set up shop there instead. It would take almost a century before he could call himself prince in more than just name, however, for matters in the region were complicated.

Notably, Kuritz is also one of the oldest and most stalwart supporters of Jürgen von Verden, having seen the potential of the warlord in the early years of the 11th century. Although not necessarily weak of blood, the Pomeranian understood then that he was far from the martial ideal of his clan, and he knew that because of this his likelihood of gaining and maintaining a significant domain was limited. And yet, as a skilled merchant and manager of estates, he knew that Ventrue such as Jürgen would always need people like him to assist in bankrolling their constant wars. With that in mind, he approached the combative Swabian with an alliance of silver and swords and, seeing the sense of it, Jürgen agreed.

In due course, the association would pay off. Having secured his control over the Salt Quarter since the middle of the 11th century, Kuritz had begun to look to the Kalkburg by the turn of the 12th. Unfortunately, however, another of the villages of Lüneburg was the home of the ancient Gangrel Lucien and his formidable young progeny Bernhard, and Kuritz feared that they would not accept his claims as prince. He had little fear of Bernhard, given that his own childe Lucretia von Hartz was at least the equal of the young Gangrel in martial prowess, but the possibility that Lucien might seek personal satisfaction for any slights terrified Kuritz. He wondered if the Roman was actually still in residence given that he had not been seen in some years, but the possibilities made the Ventrue merchant anxious indeed.

In 1127, a violent quarrel between Bernhard and Kuritz’ younger progeny, Guy d’Arles, gave the prospective prince the pretext he needed to call upon the aid of Lord Jürgen, whose power had grown dramatically in recent years. The Ventrue warlord and his knights came to the city and called the bluff concerning Lucien. As Kuritz hoped, and Jürgen expected, the old Roman could not be produced, and young Bernhard was given an ultimatum. Bend the knee to Kuritz, fight and defeat Jürgen and his people for the right to stay, or leave Lüneburg forever. Bernhard was no fool. He left the city several nights later, never to return.

Decades have passed since that fateful night, and Lüneburg has continued to grow in importance. Due to the skill of its salt merchants, it gradually supplanted the nearby town of Bardowick as a trading post, and it was granted town privileges in 1189. That same year, Kuritz and Lanzo pooled their resources to eradicate the Brujah of that town just as Henry the Lion put Bardowick to the torch. Indeed, the salt works of Lüneburg have become so important to Saxony that its merchants are welcome and respected as far away as the Baltic and the North Sea. The influence and power of its prince continues to grow, as does his ambition. Kuritz and his agents cultivate the merchants of Hamburg, knowing that the future lies in a partnership with the port on the Elbe, even as his ever-growing wealth continues to make him useful to his liege.

Indeed, it would seem that throughout the course of any significant pageantry provided by Lord Jürgen, the contribution of Prince Kuritz and his followers is accorded much honour. Although her role in recruiting for the Order of the Black Cross takes much of her time, Lucretia stood as Jürgen’s bodyguard for many years, and Sir Guy makes his way through the diffuse dominions of the Holy Roman Empire as one of the Sword-bearer’s most able diplomats. Kuritz has Embraced thrice more over the course of the 12th century, bringing across the merchant Lambert and the warriors Elias and Jonas (who was later slain by Brujah) in order to strengthen certain aspects of his rule, and his praxis is more secure than ever. Lüneburg is considered a model for a perfect city under the purview of the Eastern Lords, and existence is good for Prince Kuritz and his ilk. He looks to the future with confidence, although his customary anxiety and glum demeanour might indicate otherwise. 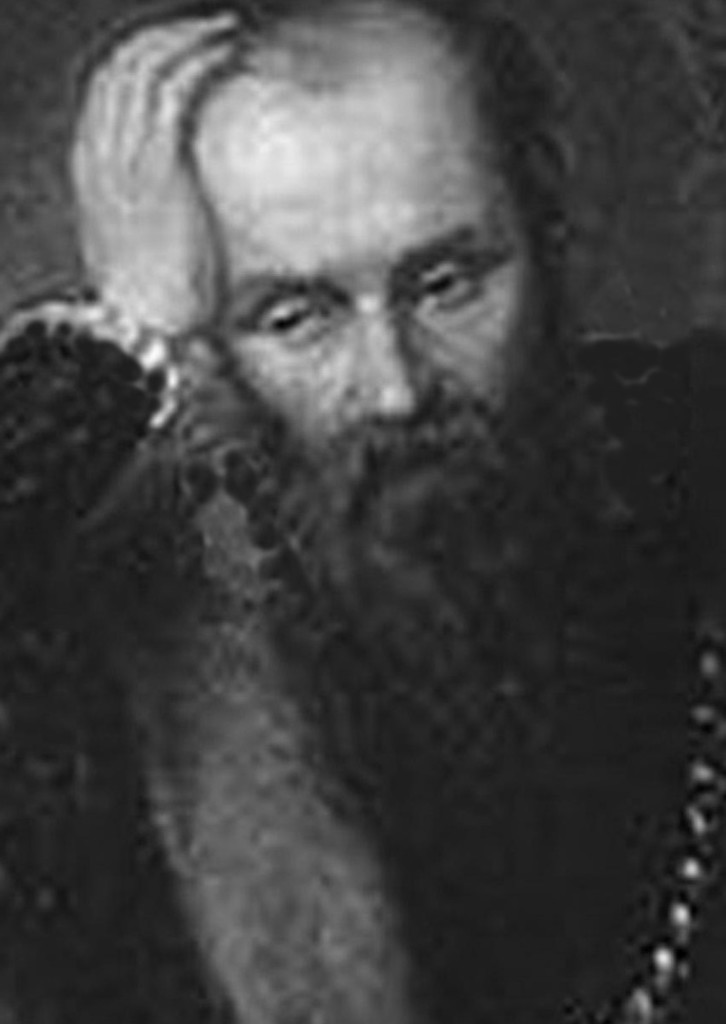