A great, hulking Slav who was known by his fellow cultists as the "Fist of Calomena". He was a seasoned warrior and a strong, if bullish leader. Lado was destroyed by Sir Conrad of Monreal, even as Stanislav perished in flame nearby.

A brawny, barrel chested Slav, tall and broad enough in stature so as to loom over most men. The crown of his bald, pale pate shines in the moonlight, angry eyes brood beneath heavy brows, and his black beard is long and braided. He dresses as thousands of other peasants, save for the long-bladed knife that hangs from his broad belt, which also carries a loop holding a many notched battle axe.

By the time of the 4th Crusade’s arrival in Constantinople, this brute was a central figure in Stanislav’s cult. Dubbed the “Fist of Calomena” by his fellows and those who were victimised by the Chosen, Lado was a figure of fear and loathing in the Latin Quarter, Seraglio, and the districts that happened to border them. In the final years of the cult’s activities in the Queen of Cities, Lado took the place of the formidable Zhelyu as the muscle of the Chosen of Calomena. He was a courageous, merciless and capable warrior, fired by the zealotry common to Stanislav’s people.

Lotario’s investigations yielded little knowledge of Lado’s existence prior to his arrival with the rest of the cult in AD 1187. It is known that for much of the 12th century he was a bandit plaguing the marches of Rascia, having gained considerable notoriety among the Ventrue, Brujah, and Tzimisce warlords that sought to stake a claim on the region. He was a fully fledged member of the cult by 1180, and a natural successor to the late Zhelyu when that warrior was destroyed by the formative Concord in 1196. Throughout the intervening years until the arrival of the 4th Crusade, Lado appears to have manoeuvred himself into a position of power second to that of only Stanislav himself.

During the Concord’s harrowing rescue of Gregorius Dimities, Lado was the one who discovered the Michaelite Muse of Sculpture missing from his cell. He chased the retreating Malkavian and his rescuer, Sister Maude Khlesl, only to be intercepted by the fearsome sight of Veceslav Basarab in the zulo shape. The Fist of Calomena reacted without fear, merely nodding in recognition to the evil before him before attacking with his axe. Despite the Tzimisce’s far more potent blood, and the advantages conveyed by his war form, Veceslav Basarab was unable to defeat the Caitiff.

Months later, Lado was among the Chosen of Calomena who were ambushed by the Concord as the city was sacked and brutalised by the 4th Crusade. Their attention focused on lighting fire to the buildings around them, and further distracted by the antics of Sister Maude, they were unprepared for the ferocity of the enemy’ coterie’s sudden attack. Lado was quickly felled by an arrow from Svenin the Tall, and barely had enough time to partially heal the wound before Sir Conrad hacked his head from his shoulders.

Embrace: The middle of the 12th century. 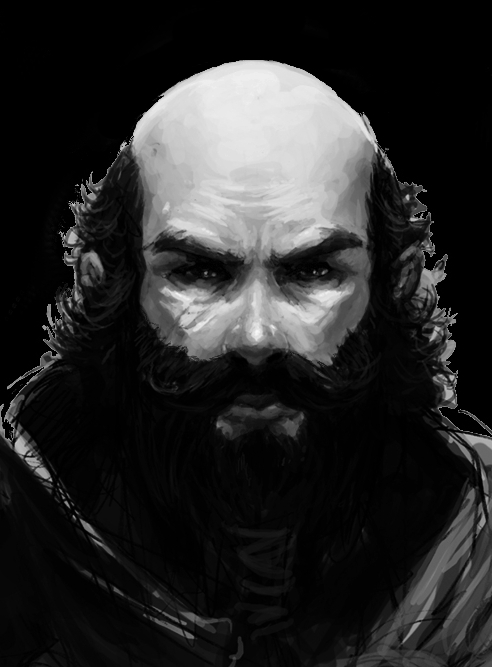