A powerful matriarch of the Hungarian nobility, Lady Szabo has many links to the Crown and the Church in Esztergom.

A pale, dignified, somewhat severe woman in her middle years with very steady blue eyes. Her light brown hair is bound and gathered about her head in intricate braids. She wears the latest court fashions of Hungary.

A prominent noble in the court of the Hungarian king at Esztergom, Lady Sebastiana is the widow of the ispán (county head) of Pozsony known as András Szabo, who was an old friend and ally to the late King Béla III. Sebastiana was married to Lord András when she was quite young, and as the Vikomtess of Pressburg she had considerable exposure to the fashions and intrigues of the Holy Roman Empire and the Kingdom of France. Given this knowledge, she became tremendously influential as a friend of Queen Constance of Aragon, and her opinion on western court traditions was often sought by the late King Imre as well. Unknown to the Hungarian court, she is rather older than her apparent 53 years, as she has been a ghoul for at least that long.

It would appear that several of her relatives, including the late Laszlo Szantovitch Gutkeled, are also ghouls in service to the Tzimisce, and one of her ambitions appears to be to arrange for several of them to be gifted with the “Dead Water”. Sebastiana and Veceslav Basarab have known each other for a very long time. During his tenure as a ghoul diplomat in service to the Voivode Vladimir Rustovitch, they frequently exchanged information and were even lovers for a time. Back then, Sebastiana was a hedonistic and wanton creature, and the two ghouls explored the limits of pleasures available to them. In her later years, however, in spite of her comparatively ageless face. she earned a reputation as a puritanical matron (at least publicly) of the court.

The vampire and the ghoul continue their association, and often trade correspondence regarding the political situations in Hungary and Transylvania. Lady Sebastiana arranged to have Veceslav promise to Embrace her nephew for services rendered at the outset of the mission to Tihuta, but Laszlo was curiously reticent to accept it himself. He begged off the “Dead Water”, asking his master that he be allowed to experience the full gamut of pleasures and pains that life had to offer first.

Veceslav relented, only to have Laszlo die some years later while defending the castle at Toth against the forces of Voivode Koban. Veceslav regretfully wrote to Sebastiana of his loss, and she communicated in turn that she understood the unfortunate circumstance. She did however, expect the Tzimisce to hold up his end of the bargain and grant the Becoming to another of her relatives instead. The Embrace of Kelemen Szantovitch Gutkeled, who was even more reluctant to receive the “Dead Water,” was a direct result of her insistence. 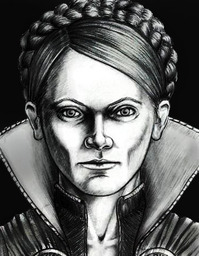