This ancilla is the first of his kind- a Tremere Prince. The style of his rule is autocratic, and yet his rule over Vienna is renowned for being fair.

A good-looking German with intense blue eyes, pale brown hair and the healthy build of a man used to extensive travel. He dresses well, in the finest fashions of Vienna, and wears a golden signet ring set with a large ruby. He appears to be unarmed.

(Expanded from the character as presented in Dark Ages Europe, p. 76)

A number of rumours surround Lotharius. He is said to have been an oracle as a mortal magus; to be the founder of secret societies that have wormed their way into the courts of Europe; to have personally diablerised more than a dozen Salubri; to drink the blood of only mortal magi; to be in league with the dreaded Niktuku; and to serve infernal masters. His air regarding such rumours could best be described as nonchalant- he either enjoys the mystery surrounding him or, more likely, cannot be bothered to explain them or deny them.

The Prince is all business. He runs Vienna, one of the busiest and fastest growing cities of Europe, on behalf of the Clan, and he has neither the time nor the patience to suffer idle banter or questions about his past. He is not at all impolitic, but he expects visitors to present themselves, explain their business, not outstay their welcome, and get out of his hair as soon as possible. High Clan pretensions are given very short shrift in Vienna these nights, and if Lotharius has his way, they will eventually be given little regard anywhere else either.

Lotharius served the clan as a diplomat for some time before taking on the mantle and responsibility of leadership. At the behest of his sire, Etrius, Lotharius first arrived in Vienna in AD 1032, and soon made his presence known to Prince Valerianus’ Cappadocian seneschal, Dietrich von Steyer. Etrius had aided Valerianus in regaining his throne from the treacherous Nosferatu known as the Pawnbroker, and he was eager to parlay that debt into security for the Warlocks and insights into Cainite society, to which the Tremere were still quite new and unwelcome. As the newly appointed Pontifex of Austria, Lotharius was authorised to bargain with Valerianus and Dietrich, and he came to the table with considerable offerings of arcane and material advantage

In return all he wanted was to stay in their city, take exclusive domain over a strange scholar’s lodge (obviously a gathering place of these magi) nearby, and learn as much as possible about the customs, society and history of the Cainites. At first merely intrigued by the brilliant neonate, Valerianus and Dietrich were soon deeply impressed with his usefulness and quietly granted him their favour. The Tremere were an unknown quantity at that time, and the Cappadocian seneschal in particular was interested to discover how these wizards had become vampires in the first place, as well as what implications that might carry for Cainite society. Etrius came and went over the years, but Lotharius became a fixture, and a valued, if relatively secret, member of Valerianus’ court. He preferred to avoid his own domain, insisting that he had established it only to protect vampire and mage both from unwelcome complications. Rather, he established a house within the city proper and hunted among the growing community of scholars that were gathering in the city. His only frequent visitor for the best part of a century was his fellow diplomat, Locus, who also elected to stay at his house rather than the lodge.

Over the decades, Lotharius proved his worth time and time again, and made use of his connections with the Ventrue and Cappadocians of his city to learn as much as possible about the Children of Caine, their unique curses and disciplines, and the pitfalls of undead society. He dutifully passed on this knowledge to his sire in Ceoris, so that they might more easily integrate themselves into vampire society, and perhaps find allies in their war with the horrid Tzimisce. For their part, Prince Valerianus and Dietrich were pleased to gain the invaluable tricks of Lotharius, Locus and Etrius. Indeed they hoarded their secretive relationship with the Warlocks, and were careful about letting others know just how much they had intertwined their destinies with that of the newcomers.

In AD 1155, the Shapers finally took notice of Prince Valerianus’ inappropriately cordial relationship with their enemies, and they chose to make an example of him. A large battle coterie of 18 Cainites- mostly Tzimisce, with a few Gangrel scouts, skulked into Vienna and moved on the Ventrue prince and his court. Lotharius was lucky, according to his own admission, having chosen a rare visit to the mortals in the chantry. They were attacked just like everyone else, and suffered grievous casualties, but supported by the magick of his oblivious mortal brother and sister magi, Lotharius weathered the storm. No one else in Vienna survived the assault, save Dietrich, who was running late to the court that evening.

When the dust settled a month later, Lotharius had declared himself prince. He swiftly organised Vienna along new lines, cutting Dietrich politely but firmly out of any authority role in the city. Instead, a number of Tremere underlings soon arrived at the put the city in order. The prince’s brother-in-blood Amandus Stromberg became the seneschal, and Lotharius’ own childe, Hansel, was elevated to the position of scourge. The other clans were soon placed on a very short leash, and they remain there still. Political manipulations of external Holy Roman Imperial politics are permitted, but involvement of any sort over municipal politics is dealt with quite harshly. Lotharius and his minions are quite clear on this- Vienna belongs to the Tremere, and to the Tremere alone.

This truism dominates the character of Viennese Cainite existence. While initially conservative in allowing other Tremere to settle in Vienna, Lotharius has allowed the Tremere Chantry numbers to grow significantly since AD 1190. In addition to Stromberg and Hansel, four other Tremere Cainites base themselves in the Chantry. These include another of Lotharius’ own brothers-in-blood, Regent Filaerus, who now rarely emerges from his laboratories and libraries, at least overtly. His subordinates Audax, Peter Schloss and Ala are rather more active in the city. Schloss is Lotharius’ loyal aide, and he often runs errands for the prince or the seneschal. Audax involves himself in Holy Roman imperial politics with Lotharius’ and Filaerus’ backing, much to the chagrin of more experienced local intriguers of Clans Lasombra, Ventrue and Toreador. Ala is Filaerus’ right hand and agent in the court, and she conveys messages between court and Chantry.

Lotharius’ talented but arrogant childe, Hette, also once made her home in Vienna. In AD 1198, the neonate left the city, and her sire’s good graces, for parts unknown after suffering a humiliating public argument with the carping Cappadocian nun, Maude Khlesl. Hette’s whereabouts and disposition within the clan are a subject of much interest in Lotharius’ court. Some speculate that the spiteful neonate has abandoned Lotharius’ and Etrius’ Conservative camp and taken up with Goratrix’ Conspirator faction. If this is indeed the case, she will not be welcome back in Vienna any time soon. Forgiveness is not known to be one of the enigmatic Lotharius’ many prodigious traits.

Lineage: Childe of Etrius (diab.); nominal Childe of Tremere (diab.). Lotharius is of the 5th generation, although he certainly took the soul of at least 1 Salubri to reach such potency in the Blood. 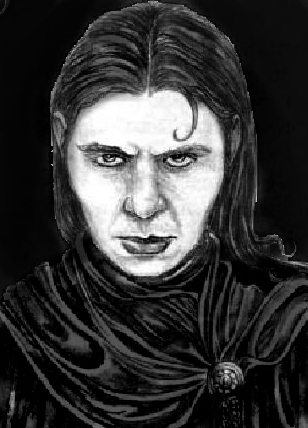