Known within the Family system as the Custodian of Orthodoxy, this tyrannical priest was a Scion of the Michaelites. He was destroyed by the Narsene Lasombra and his own childe, Sarah, in the wake of the Sack of Constantinople in 1204.

This Greek looks haggard and old. He is overweight, has sickly pouches beneath his tiny eyes, sports a peppered beard and moustache that hides his jowls, and lists from side to side as he walks. He wears the rich garb of the Orthodox Church. In contrast to his rather slummy appearance, there is an air of authority and danger about the man.

(Expanded from the character as presented in Constantinople by Night, p. 96).

Magnus was a constant in the city for over 1000 years, making him the second longest existing resident after the Cappadocian Lady Alexia Theusa. Long before the advent of the Trinity system, he aided his sire Ectoris in controlling the city through the cults of Aphrodite. When Michael, the Dracon, and Antonius arrived in the entourage of Emperor Constantine the Great, Ectoris engaged in an ill-advised attempt to hold Byzantium against them. He mobilised his pawns and even made threats against the person of the emperor himself. Magnus, however, saw the writing on the wall and betrayed Ectoris and the rest of his consanguineous siblings. He staked them all before they rose for the evening and destroyed all save Ectoris, whom he presented to the Triumvirate along with his his professions of loyalty and his promise that he would help to evangelise the city. Eventually the Triumvirs gave him leave to take progeny of his own to aid in this important task, and Magnus Embraced Sarah the Chaste in AD 402 and Peter the Humble in AD 407.

Perhaps displaying a measure of imagination that now appears to be absent from his character, Magnus saw that while the Dracon had taken a hand in the monastic orders, he had no interest in matters ecclesiastical. Magnus elected to pursue this sphere of influence in service to Michael, whom he judged as the most important of the Triumvirate. In due course, Peter and Sarah also aided him in this endeavour, and his hard work and loyalty were rewarded with his elevation to full Scion status in the Second Council of AD 477.

In the seven centuries after, Magnus grew increasingly tyrannical and less innovative in his control of the Orthodox Church. Never one to make a distinction between control and manipulation, his grip on the ecclesiastical orders grew ever more domineering and jealous. This culminated in a proxy quarrel with his counterparts in Rome that eventually caused the Great Schism. While his culpability in this matter was obvious, and he could certainly have been judged to be part of Constantinople’s problem rather than the solution, the simple fact was that he was far too entrenched to remove from the Trinity family system at this point.

By the last decades of the 12th century, with the Michaelites falling increasingly to madness and vice, the Children of Judas proving to be far too capable in their mandate, and the Malachite Nosferatu refusing to answer his call, Petronius the Arbiter was forced to rely more and more on the Magnus Orthodox family. Magnus was only too happy to comply with Petronius’ directives, although he often twisted them to benefit himself. He was a fixture at all high level Trinity gatherings in the city, where he constantly connived this outcome or that to his benefit.

In AD 1196, Magnus was present at the Antonian blood feast in honour of the formative Concord. He inquired as to their loyalty to the “True Church”, and badgered those who expressed faith in the Orthodox faith to champion it in their own settlements. His constant nagging to this effect did not endear him to the coterie, nor to their sires. Lady Katerina, his own distant cousin-in-blood, actually caused a rare diplomatic drama on her part when she turned her back on him in exasperation and walked away.

Years later, in the months leading up to the fall of the city, the Great Sack, and the destruction of the Dream, he was up to his old tricks once again. Like most of the residents of the city Cainite and kine alike, Magnus did not believe Constantinople could fall to the Fourth Crusade, and he used his influence to compel the priests at the pulpit to whip up the populace into a religious hatred of the Latins. This ill-advised move exacerbated the tensions in the city, and likely resulted in worsening (or perhaps even causing) the riots that ultimately caused the Great Fire in August of 1203. Thousands of homes, dozens of churchs and monasteries, and countless artworks and treasures were lost in the blaze, which engulfed the most densely populated regions of the city. The rioting and the resulting fire also destroyed much of the Amalfitan and Pisan districts, forcing those Italians who had previously been sympathetic to their Greek neighbours to take resentful refuge with the crusaders. Indeed, more than 15000 native Latins fled to the waiting arms of their fellows across the Golden Horn. Thusly, the Fourth Crusade gained many new potential fighters with a vested interest in revenging themselves on the Romaioi.

Magnus was not officially censured for his role in this disaster, but everyone suspected that he had a hand in instigating the riots. A good number of the Antonians even congratulated him for it because it brought them a step closer to the renewed war that they believed the city would win. Others such as Petronius, newly strengthened by the Reformed Michaelite movement, used the affair to distance themselves from him. The sudden loss of Michaelite favour hurt the Orthodox Lasombra more than Magnus was willing to admit, and as the new year dawned he began to scramble to recover the good will of the Arbiter. Petronius and his people did not take the bait, and as the tensions between the city and the crusaders worsened, he became increasingly isolated.

On the 11th of April, as the crusaders were gathering their strength for a renewed assault on the city walls, Magnus was betrayed. Walking amidst the ruins of the old acropolis, lost in reverie, he was ambushed and staked by none other than Sister Sarah. Evidently, his own progeny did not share the optimistic appraisal of the situation shared by Magnus and the Antonians, for she had made other arrangements. In order to cement an alliance with the Narsene Lasombra and preserve her own power, she and her retainers delivered him to his hated rival, Alfonzo of Venice. Rumour has it that the bishop, his cronies, and Sarah herself tortured Magnus for eight days before they finally sent him to the Final Death. 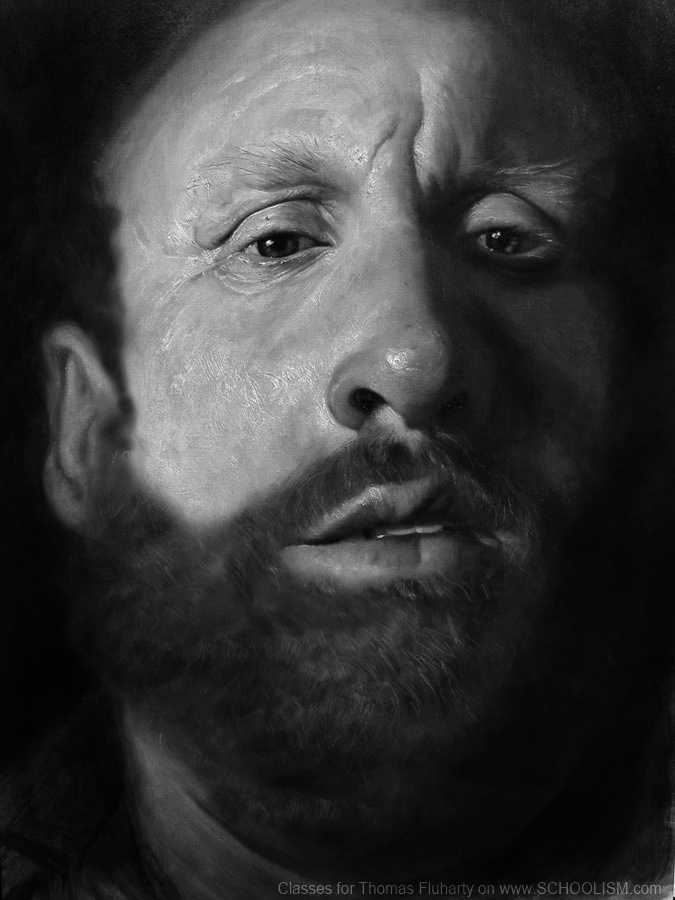