Once a friend and student to the Gangrel elder Lucien, this young Franconian edler knows the wilds and towns of Transylvania well, having hunted there a great deal. Neither Lucien nor the Concord have seen him in many years.

When the Concord knew him at the turn of the 13th century, Manfred was a healthy, strong looking man in his mid-twenties. His features were weathered, as if he had spent years roughing it in the wild, yet his carriage was that of a man of means and class. He wore leathers and furs of fine make and cut, and was armed with a large hunting knife and hatchet in addition to his short hunting bow. A quiver of arrows customarily hung from his belt.

Manfred Edler von Manheim IV is of a minor noble from a family with significant lands near Frankfurt. He is the third son of a large family, and even before his father passed away he had long been at ease with the notion that little was required of him, nor would he inherit much. Rather than seek a knighthood, enter a monastery or take on a trade, he instead sought the shadowy patronage of a distant “uncle” that never seemed to age. Lucien grew much enamoured of the boy, who brought him back in touch with the vitality of youth. For his part, Manfred was equally enamoured with Lucien’s dignity and tales of faraway lands and long-ago times. “Uncle Lucas” taught him to hunt and live rough so long as he did not neglect his studies, and as he grew into a man Manfred began to feel that he might make a way for himself somewhat outside of the three pillars of the medieval world. What land he owned was managed by a childhood friend, and he earned enough coin for himself doing Lucien’s bidding, carrying messages well out of the way of the old Roman’s normal routes, on the additional condition that he got to go somewhere that he had never been before. Life was good, and adventure and danger were Manfred’s meat and drink.

When Lucien realised that an opportunity had arisen to gain the favour of the influential Prince Vencel Rikard of Buda-Pest through rebuilding a tower in the Tihuta Pass, he conceived of bringing his mortal and undead protege’s together to complete the task. Manfred and Bernhard swiftly became friends, and Manfred also developed a fondness for Rossos the Greek hunter as well. He seemed indifferent to the vampires travelling in the mortals’ midst, having long since grown accustomed to his patron and mentor’s unnatural state. Alas, the mind-warping predations of a cult of Kupala worshipping Malkavians appeared to alter his perceptions, as did the harsh words that Lucien’s own pupil Bernhard had for the slave Marius concerning his station and the future of his people. For the first time, Manfred realised that Lucien was an aberration among his kind; he soon appeared to recoil from the Cainites in the caravan, and conducted his duties with joyless brooding as the journey continued.

Alone of the formative Concord, Sister Maude Khlesl appeared to be truly humane despite her unwholesome and sickly complexion, and she managed at length to get the suspicious mortal to trust her. So it was that after the tower building project in Tihuta got underway and Manfred was frequently absent, Maude approached him and discovered that he had fallen in love with Sophia Alda, the daughter of a local knight who administrated the village of Rothügel, some 18 miles north of Bistritz. Furthermore, she discovered him anxious, for Sophia had caught the eye of several of the nobles in the city, and she had been acting oddly of late. Upon investigating, Maude discovered that those nobles were none other than the prince, Radu and his guest, Arianne, and that she had become a plaything in their games of courtly love. Indeed, it even seemed that the Tzimisce was imminently planning the Embrace for her.

Aghast, Maude elected to help their young friend and, perhaps motivated by their private misgivings that his suspicions of them might be correct, the other members of the formative Concord agreed to assist Manfred as well. A plan was concocted to reduce the effectiveness of Prince Radu’s powerful Presence, and false trails to the south were laid to foil his pursuers as Manfred and Sophia fled into the night, pushing through the pass to the land of Suceava and then west to Ruthenia. There they would begin the long journey to his lands in Franconia. Tearfully, Manfred thanked the monsters in his midst, and promised that he would find a way to return their kindness one day.

In all the years since, none of the Concord have looked in on Manfred and Sophia, but it is hoped that they are free and prospering in the West. 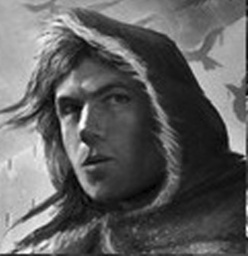