A dangerous brute in the pay of the House of Fabricius, Marcel de Villiers was staked in the attack on Lucien's bogus treasure boat. He was a captive of the Baron's Gangrel, but later gained his freedom and made a name for himself as a thug for hire.

A very large, brawny, bald man wearing the piecemeal layers of leather and mail of a common soldier, with several rags of yellow and blue cloth wrapping his massive arms. His features are broad and brutish; scars criss-cross his face, hands and forearms. Yellowish, wolf-like eyes brood from beneath a beetled brow, lending him a fearsome but rather stupid aspect. He wears a hood to cast his inhuman eyes into shadow. A very large mace hangs from a loop at his belt, a long hunters knife is strapped to his thigh. He carries large shield of linden wood, thickly banded with iron, with conspicuous ease.

This Gangrel mercenary of Normandy is a despicable thug and a brute. He and his Nosferatu ally, Thierry, entered the service of Sir Felix of Vaucluse and the House of Fabricius in Venice. They then set themselves up as his pet Low Clan enforcers, enjoying the perks of their pseudo-status immensely. At Zara they took part in the senseless pillage during the sack, hunting and feeding indiscriminately in the chaos. In the months thereafter, the two Low Clan sellswords were involved in whatever nefarious activities earned Sir Felix, Roderick of Rouen, and themselves black veins in their auras – evidently the crime of diablerie must be added to the list of murder, rapine and pillage for which they were already known. And yet, as the star of Sir Felix of Vaucluse rose, so too did their own and so Thierry and Marcel enjoyed a certain status for a time.

It is thought that both Cainites hailed from a small settlement somewhere in Normandy. They fought together as mortal mercenaries in the dynastic strife between Henry II of England and his rebellious children, learning their brutal trade in the vicious infighting then besetting the Angevin Empire. Whatever the truth, it is clear that however they came to be undead (and of different clans to boot) their association continued after the Embrace. Marcel, being younger and somewhat stupider, was always something of a follower to Thierry serving as muscle to whatever scheme the Nosferatu saw fit to embark upon. They worked as mercenaries for this High Clan prince or that since the mid-1180s, and joined the 4th Cainite Crusade purely for sport, blood and plunder. In short, they were just the sort of scum that Sir Felix was looking for when he sensed weakness on the part of Guy of Provence. In his role as “rough-and-ready thug”, Marcel served the House of Fabricius with considerable (bought) zeal between 1201 and 1204, when his luck and theirs finally ran out.

Both Thierry and Marcel were present on Felix’ ill-starred attack on the faux-treasure boat. Despite falling through Maude’s illusory deck onto the waiting blades of the Baron’s Gangrel, their ghouls, and the Scholai Guard, the veteran mercenaries quickly regrouped and fought back to back. They slew seven of their foes, including Stylio, a noted warrior among the Baron’s Gangrel, before they were confronted by the Concord in the closing moments of the ambuscade. As the battle had grown more desperate and his armour had been rent by more than a dozen blows, Marcel had cast aside his shield and mace in favour of his more lethal Talons of the Beast. As such, and because of his size, he was adjudged the more dangerous combatant and Maude, Brother Adalbert and Lotario gave him their full attention. The Cappadocian froze Marcel in place with her Rigour Mortis power, and the Ventrue monk then annihilated his will to resist with Dread Gaze, before the Toreador staked him. This left brave Alfonse Borgio and the Baron’s ghouls alone with Thierry for precious moments — seconds bought with Alfonse’s life.

When it was clear that Marcel was vanquished and he would soon be surrounded, the Nosferatu realised his own predicament would be hopeless in seconds. Adalbert then turned his Dread Gaze on Thierry and the Leper abandoned his old friend to the enemy and leapt into the Bosphorus.

In the wake of the ambush Marcel, staked and wounded, was taken into the custody of the Baron’s Gangrel. Presumably he languished as their prisoner for months, staked and chained in the dungeons of the Citadel of Petrion, perhaps held as a potential hostage that they could trade for one of their own down the track. After the Great Sack commenced, however, the forces of Duke Guy found the citadel and stormed its ramparts. The Gangrel fought for their home. They lost.

In the wake of the assault, Marcel was once more free to do what he did best: fight, murder, and steal. This he did for the remainder of the sack, causing great anguish among the mortals of the ravished Queen of Cities. Afterwards, he was at loose ends for months before briefly became wrapped up in the renewed efforts of Hugh de Clairvaux to move the crusade on to Egypt. When that failed catastrophically, he took the coin of Thibaud de Bayeux to participate on his attack on the Cainites of Thessalonica a month later. Afterwards, he was offered a job on the brute squad of now-prince Thibaud, and Marcel has remained in his employ ever since.

Lineage: Childe of Gaëlle, Childe of Jaques of Nantes (d); further lineage is unknown. Gaëlle is a daring ancilla known for wandering the forests of Brittany, slipping through Lupine infested territory to deliver messages for important Cainites. She is the childe of Jaques, who once served the Prince of Nantes as Sheriff before his untimely demise in 1192. Jaques was known to be of the 8th generation, making Marcel of the 10th before his act of diablerie. It is possible that his blood is now stronger than his bloodline would indicate. 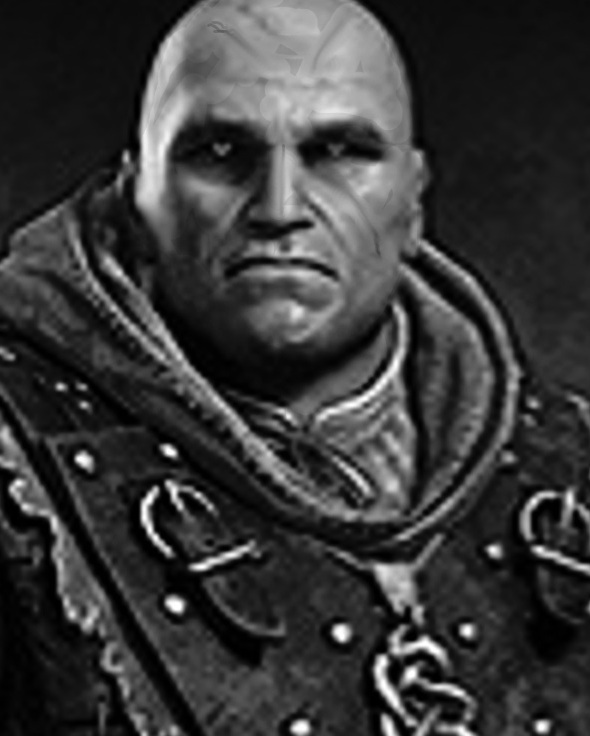