The late, older consanguineous brother of Veceslav Basarab. He betrayed Gabor centuries ago, and finally paid for his treachery with his life in December of 1204, when his sire destroyed him in the battle for the throne of Sophia.

A tall, lordly man in his middle years, clean shaven and well dressed in furs and intricately worked leathers. He had an air of wrath about him; his posture was that of a man used to doing violence with little provocation. A heavy, long bladed dagger was belted at his waist, and he carried a shield and an axe.

The treacherous childe of Gabor, Marin was voivode of a domain and a powerful castle in Bulgaria, just 19 miles south-west of Sofia. He used the names of the castle (Krakra) and village that he ruled (Pernik) interchangeably, and like his hated rival Ivaylo of Vratsata he was ever greedy for more vassals and territory. At the time of his attack on Sofia, he controlled no few than 6 other knezi, and he saw the old city as nothing less than his inheritance and sacred right. Marin hated Gabor passionately for the casual cruelties of his reign as Prince of Serdica, although he strove to outdo his estranged sire once he was a voivode in his own right. For his part, Gabor returned his contempt with greater than than equal bile, for the betrayal of Marin was one of the chief reasons that he lost his praxis over Sofia centuries ago.

When he was encountered by several members of the Concord in December of 1204, Marin of Pernik was already embroiled in combat with the equally vicious and potent Ivaylo, the Voivode of Vratsata. His zulo shape was a husky, broad-shouldered monster bearing a long horn reminiscent of a profane unicorn and 2 long spikes protruding from the back of his forearms. The two elder Tzimisce appeared to be well-matched, for they tore at each in an awesome and bloody display as Gabor, Veceslav Basarab, and Svenin led the van of their own forces into the fray. Both of them recognised the zulo shape of Gabor and screamed at him in alarm, fury, and hate in answer to his own bellow of challenge, but Marin was quicker to recover his wits and he drove his claws into the throat of Ivaylo. The Voivode of Vratsata fell then, and would not rise again.

Marin then had to contend with his furious sire. They fought fang, horn, and claw for moments, but any hope that the Voivode of Pernik may have had of standing up to Gabor as an equal in battle was nullified by the wounds he had already suffered in combat with Ivaylo. Sire and childe tore into each other with a spite that only centuries of pent-up hatred could ignite. Their exchange did not last long before the furious Gabor dug his claws into the belly of his treacherous progeny, grabbed his ribe cage and, using his mastery of Vicissitude and his Potence, imploded the chest of Marin of Pernik. As he then fell to the flagstones gasping and defeated, his sire caught him by the throat and removed his horned head from his neck.

Gabor had just enough time to scream his triumph before Bela Rusenko and his followers sprang their trap. The once-voivode of Serdica soon fled when he realised he could not win, leaving Veceslav Basarab, Svenin the Tall, and the rest to find what ever escape or surrender that they could. Marin’s own progeny, Knez Teodor Basarab of Breznik, accepted the honourable surrender offered by Rusenko and, given the choice of the Blood Oath and vassalage in return for his sire’s dominions, eagerly accepted. Teodor was permitted to return to Krakra Castle with his sire’s ashes, and he reputedly keeps them in an urn on the mantle above the fireplace in his throne-room.

Embrace: AD 951, although he was Gabor’s ghoul for some decades prior to his Becoming.

Lineage: Marin was of the 7th generation. He was the childe of Gabor, childe of Demenaus (d), childe of Ionache (d?), childe of the Eldest. Owing to the failures of his sire, it is worth noting that among the Tzimisce his bloodline is considered to be somewhat ignoble, so he refused to introduce himself in the traditional Tzimisce forms, calling himself simply Voivode Marin ot Pernik. 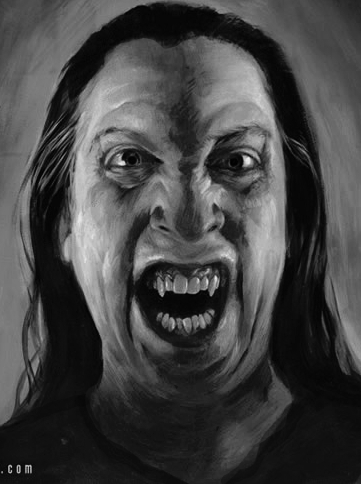